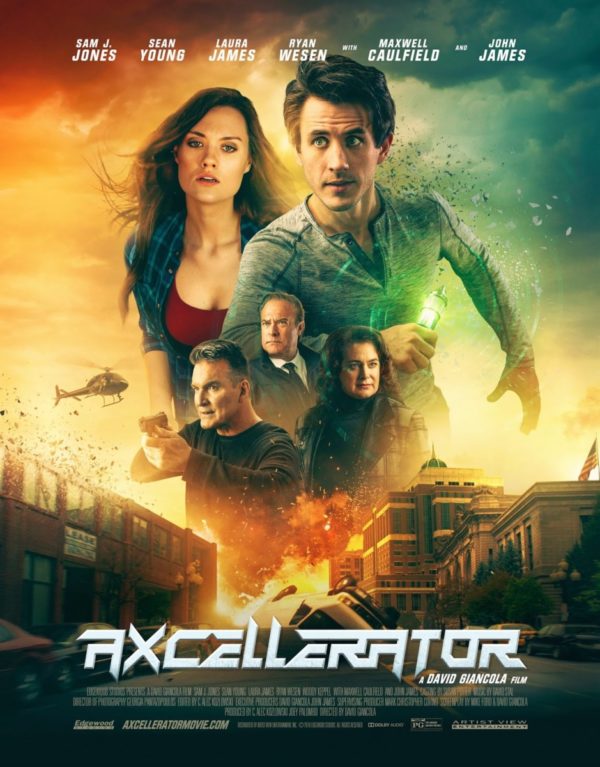 Dane (Ryan Wesen) only wanted to steal a car but, when a panicked inventor (Mark ‘Woody’ Keppel) dives in the passenger seat with a pistol and a teleportation device, he’s suddenly in the middle of a car chasing government gun battle. Kate (Laura James) only wanted to keep her lousy job but, when Dane teleports into her arms, the two are thrown into the heart of a sinister global conspiracy. Hunted by a sadistic assassin (Sam J Jones) they must find a way to save themselves, figure out who to trust how and more importantly, how to make this crazy Axcellerator device work again. 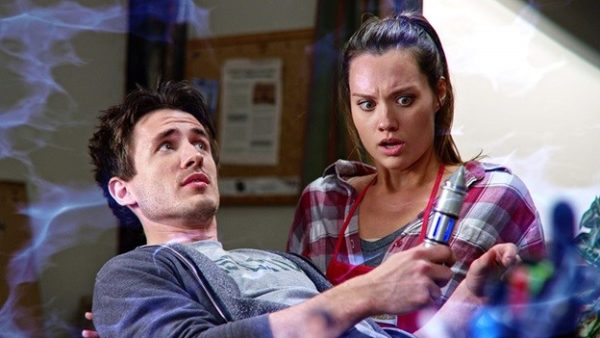 Screening as part of The Sci-Fi London Film Festival 2019, Axcellerator is a hot couple on the run comedy-adventure romp with a teleportation twist.

This narrative’s nothing new but thankfully has enough charm and energy to pull it together one more time, mainly due to the charisma of our millennial leads, Dane and Kate; their wisecracking one-liners hit the mark and the duo’s wide-eyed likability is off the charts. Ryan and Laura clearly give it their all, delivering a convincing ‘we’re out of our depth, this is insane, how the hell did we get here?’ vibe, along with enough believable chemistry for the inevitable ‘will they, won’t they?’ side plot.

Bringing the bad is a deliciously amoral John James as Sy who wants that device for all sorts of evil, and will do anything to get it, including setting his hunting dog and relentless maniac Brink (played by a hilariously melodramatic Sam ‘Flash Gordon’ Jones) on the trail of our would-be lovers. 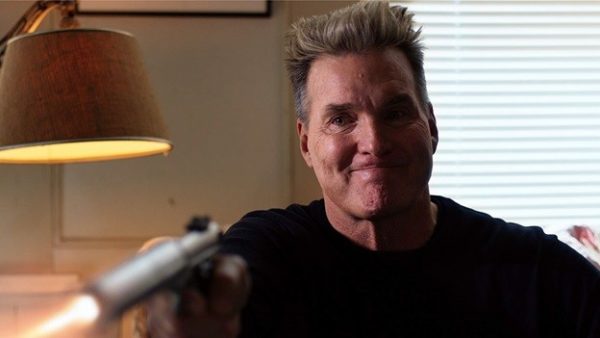 Mr. James (yes he is Laura James’ father) is also an executive producer and has come along way since playing good guy Jeff on original 80’s prime time soap Dynasty, he also gets to hang out in this film with longtime pal and former soap co-star Maxwell Caulfield (who as the patriarch headliner in Dynasty rebooted, confusingly plays a completely different character nowadays). Maxwell is strong in his few scenes as CIA top man Ray, heading up the ‘what on earth were we thinking funding a machine with this much power we need to destroy it right now?’ team.

Playing both sides is shadowy Amanda Graham subtlely brought to life by sci-fi royalty in Blade Runner’s Sean Young, who once again delivers the goods in her own unique style. Rounding off the key characters is eccentric inventor Tomas who foolishly trusted the wrong people with his world-changing prototype and set this whole bizarre caper in motion, a white coat and bow-tied Mr. Keppel stays just the right side of Doc Brown and interacts fantastically with our freaked out protagonists. 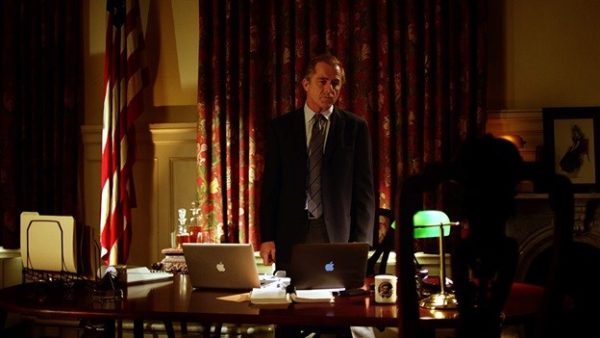 While Giancola and cinematographer Georgina Pantazopoulous deliver a good looking movie with what they have to play with, there are plot holes you could drive a DeLorean through. The script (co-written by Mike Ford) has considerable spark in the dialogue even if certain characters are clearly underdeveloped, the main narrative at times is a bit clunky and Axcellerator’s action scenes climb just above standard; however, going for an overall 80’s tone was a truly inspired choice and gives this everyday sci-fi a heap of heavenly nostalgic spice, elevating it beyond others of its type.

If you love this genre, the tried-and-tested premise or any of the cast/crew then this film will not disappoint. It might do what it says on the tin but, Axcellerator does it in a zingy, humorous and most enjoyable way.