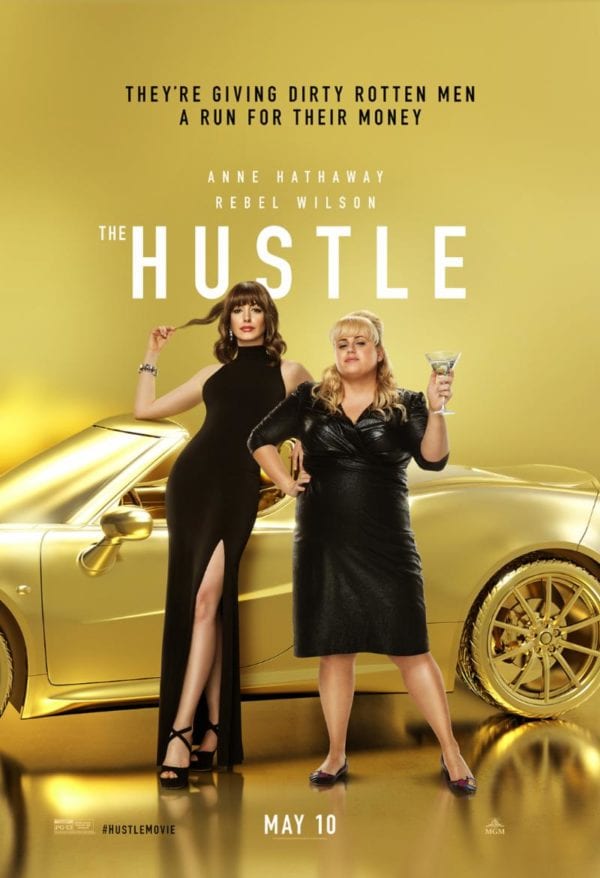 Two scam artists, one low rent and the other high class, team up to take down the dirty rotten men who have wronged them. 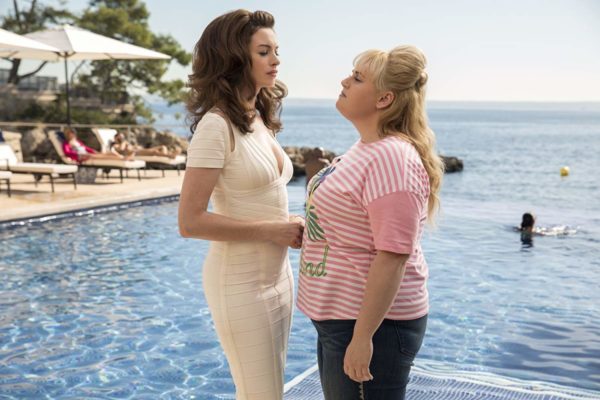 Of all the “gender-flipped” movies released recently, The Hustle was certainly among the more promising offerings, what with its obvious potential to serve as an exuberant, empowering cri de coeur wrapped around a broader heist romp.

Yet despite the popularity of its 1988 inspiration, the Steve Martin and Michael Caine-starring Dirty Rotten Scoundrels – which was itself a remake of 1964’s Bedtime Story – the directorial debut of Brit comedian Chris Addison is a cinematic black hole from which laughs rarely escape.

Anne Hathaway and Rebel Wilson are both prime comedy talents, so the prospect of them teaming up to swindle gross men for 94 minutes doesn’t sound too taxing on the brain or the patience. And while the duo are undeniably game for some inspired silliness, Jac Schaeffer’s painfully obnoxious script clips their wings at almost every turn. 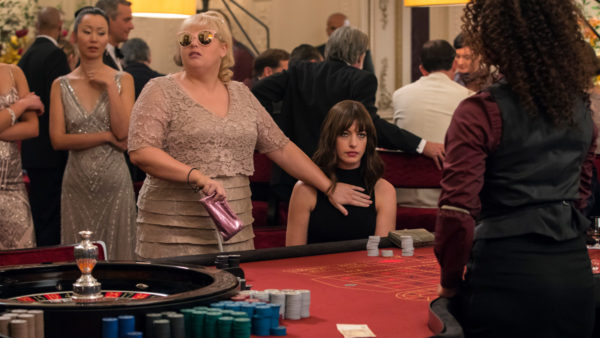 Though the trailers seemed to suggest that Hathaway’s plummy British accent was a put-on, it in fact turns out to be her character Josephine’s natural accent. And while it quickly inspires memories of Hathaway’s wretched Yorkshire twang in One Day, at least here the tawdriness appears to (mostly) be intentional. Hathaway at least commits to the daftness, and throws in a few other surprise accents for good measure.

Wilson has meanwhile dined out on her distinct Aussie quirkiness for aeons, yet it’s a shame to see her playing so aggressively to the cheap seats here, with the film deploying at least several-dozen jokes about her being fat and/or clumsy. Wilson served as a producer on the film, so one assumes she had some hand in the end product, yet given her natural aptitude for bizarro comedy, it’s a bit depressing to see her plumbing these lazy depths.

If much of the original’s charm stemmed from the absurdity of the lampoons themselves, here there’s curiously little to entertain. The ruses tend to drag on for far too long, stretching faintly amusing scenarios (at best) out to egregious lengths, rendering even the brilliant Dean Norris a sorry sight as a rootin’-rootin’ wealthy Texan almost duped by Josephine and Penny (Wilson). 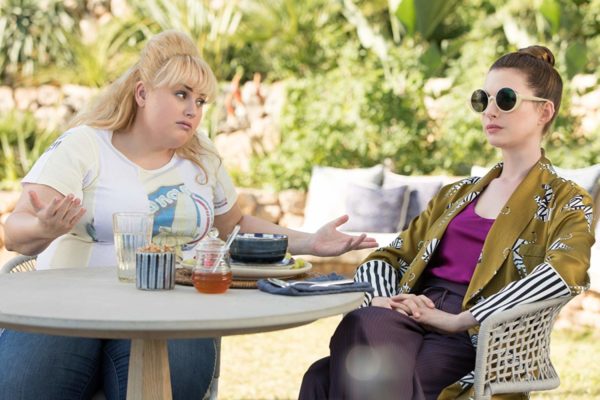 That’s relatively bearable compared to the con that comprises the movie’s second half, as the pair plots to rip-off a sweet-natured young tech mogul, Thomas (played by the thoroughly slumming Tony Award winner Alex Sharp). The soul-sapping sequence sees Penny faking blindness in the hope of parting the kindly Thomas with his dosh, and even if you’re not offended by casual jokes at the expense of the disabled, the patent lack of laughs here invites plenty of scorn itself.

Then there are other scenes which suggest an utter disconnect between Schaeffer’s script and Addison’s direction; three stiletto-clad Essex ladies show up out of nowhere for a beat, in an exchange that, even as an Essex resident, I failed to make much sense of. It smacks of cutting room floor material in a movie that may well have been struggling to throw enough acceptable footage together to meet feature length – hence the presence of a (surprisingly snazzy) titles sequence.

Rehashing the end of Dirty Rotten Scoundrels quite so precisely also feels like a weird move, optically-speaking. Without giving the ending away, the finale doesn’t so much feel like a hoo-rah act of female empowerment as it does the characters – and the audience – having things mansplained to them. Then again, the fact that Hathaway and Wilson’s characters lack the perverse likeability of Martin and Caine’s predecessors does them and the movie no favours at all. 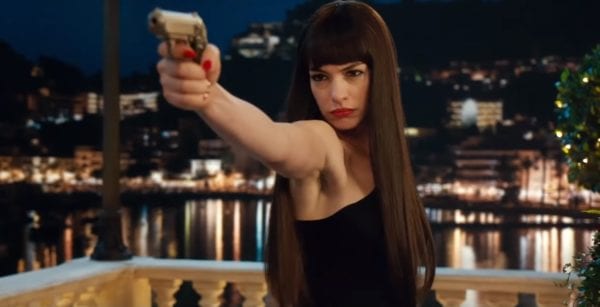 The creative possibilities of remixing this concept for the #MeToo era speak for themselves, yet with a script that plays as though cranked out over a lazy weekend, it’s tough to imagine quite what attracted its Oscar-winning star in particular. However, if watching Anne Hathaway feed Rebel Wilson a french fry dipped in toilet water is your idea of a good time, The Hustle just might be for you.