Curve Digital working alongside Merge Games have announced that the strategy RPG from IronOak Games, For The King, is now available in retail stores for the Playstation 4 and will be for the Nintendo Switch in the US on 28th May. 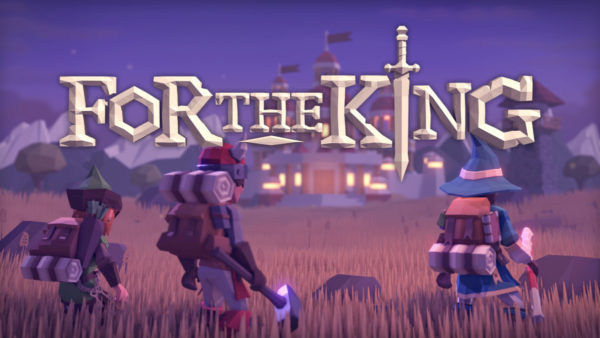 As well as a Standard Edition of the game being available in shops, there will also be a Signature Edition which includes lots of For The King themed goodies.  The contents include the base game (region free), a numbered certificate, the game’s soundtrack, a player guide, an Axe and a Chaos enamel pin badge and a Shield keyring.  Both editions will include all previously released content expansions, including Dungeon Crawl, Frozen Expanse Adventure, Gold Rush Un-Cooperative Mode, Into The Deep and more.

In For The King, players will dive in to the world of Fahrul and stand up against the chaos that has murdered the king and shattered the peace of the kingdom.

Each playthrough of the game will provide a completely different experience thanks to the procedurally generated maps, quests and events. The game’s most replayable aspect comes in the form of Lore which is generated through battles, story content and quests and can be used to purchase new characters, locations and much more.

For The King is available in retail stores in Europe for Playstation 4 now.