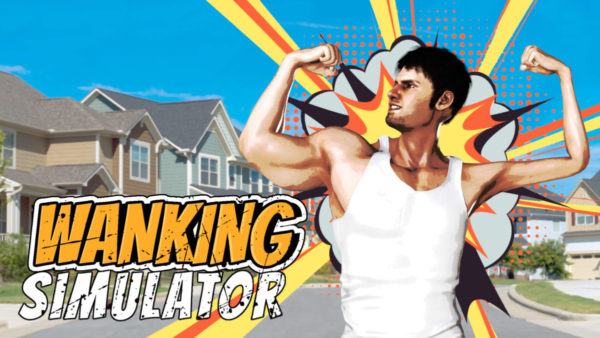 In Wanking Simulator, you play as Winston Gay, a man whose house was taken away by the corrupt government after being called out for wanking too loud by his neighbours. Now, Winston is on a mission to make everyone in the town pay a price for taking away his home.

Players are thrown into the town of Gay Bay, where the main goal is to destroy as many things as possible and collect points by wanking over the chaos you cause before getting caught by the police.