At this stage in my revisit of 90’s video action stars, I find myself not only dredging through the dark recesses of my brain in order to think up who to run the rule over next, but I start hearing my life in comically loud sound effects. The kind of subtlety free, maximum volume ejaculations of noise which greet the impact of a punch or kick within the 90’s film world. I can’t turn my head without hearing a majestic ‘whoosh’ accompany within my mind.

Maybe I’ve done too much. Maybe I’ve not gone far enough. Maybe my reality will be infected with ‘splosions, improbable physics, odd presidents…wait…forget that last one. Still, it disappoints me that unlike the 90’s action video world, women don’t throw their tops off at the slightest whim, but by part 5 or 6, perhaps that’s what I’ll be seeing in my Straight To Video Matrix brain fuck. 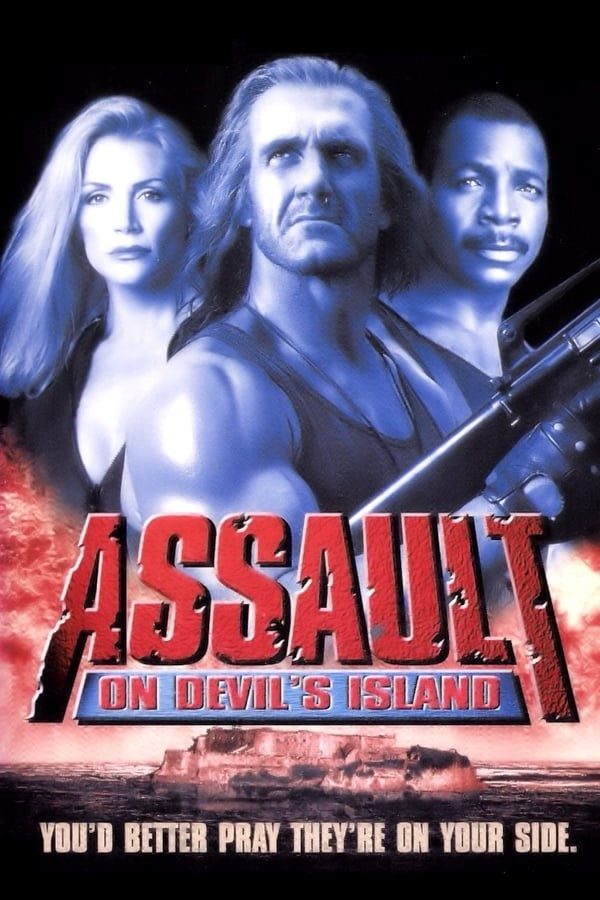 Have you taken your vitamins my little Hulkamaniacs? Are you a real American? Fightin’ for the rights of every man. Anyway, when it comes crashing down and it hurts inside, I find myself watching Hogan alongside Carl Weathers and Shannon Tweed in Assault on Devil’s Island. Here’s the thing with Hogan: he’s a bad actor. There’s no disguising it. Physically too, he’s always kind of lumbered around in his action films.

Still, when this first appeared to me as a teen, as a trailer preceding a video I’d rented (and I now no longer remember the film this trailer was attached to), I recall thinking it looked great. There were lots of ‘splosions in it. It had Shannon Tweed in it, and the possible promise of sequences without much attire. It also had Carl M.F Weathers running from an explosion. At this point in time I’d enjoyed Hogan as a wrestler, and I’ll hold my hands up, when I was younger I thought Suburban Commando was ace. I’d also enjoyed Weathers of course, mostly as Creed, but also in Action Jackson. Neither Hogan, nor particularly Weathers, were as prolific in action flicks as they may have been, so Devil’s Island was something of a luxury. 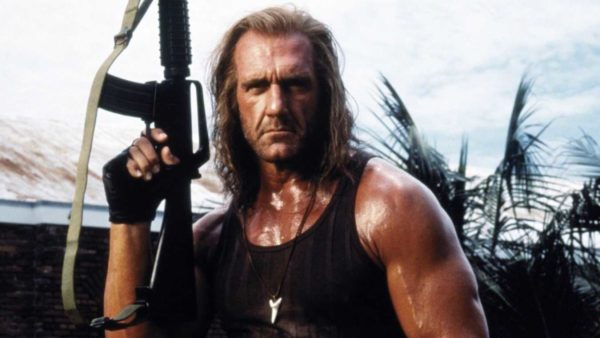 Hogan’s film legacy is largely a mix of hilariously bad family films, with the occasional hilariously bad action film thrown in. Ultimate Weapon saw Hogan donning a wig which right from the off means the film cannot be taken seriously. My friend had a drinking game for Hogan films which involved taking a shot every time you could quite obviously spot a Hogan stunt double. I didn’t partake in said game, merely heard about it after the fact. Needless to say it’s the reason I’m still here today, because were you to watch Ultimate Weapon, or The Secret Agent Club, you’d die within 20 minutes. In any case, given such filmmaking ineptitude which accompanied Hogan’s films (and the doubling is sort of understandable given he was often still on the wrasslin’ circuits around these times too) it goes without saying that the levels of mediocrity reached in Devil’s Island (and its sequel Assault on Death Mountain), feels like a blessing.

Devil’s Island is goofy fun, stuck in low rent 80’s video mode (in a kind of good, two levels below Cannon, way). It’s got a lot of action and it’s blessed with a fine villain ensemble for our odd but endearing triple team to fight in Billy Blanks, (the late great) Billy Drago and Trevor Goddard, as well as Martin Kove who appears as the team’s supervisor. 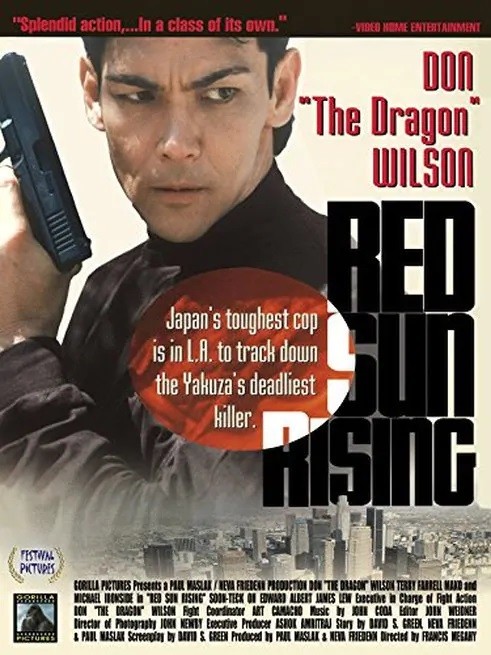 Don ‘The Dragon’ has a very unique distinction among the 90’s video action crew. He’s headlined a franchise that ran 8 films, and played a different character in almost all of them. Only the first two films in the Bloodfist have a ‘continuation’ with him repeating his role as Jake Raye. It’s a mostly enjoyable series too. There was a time when I’d look at the Wilson films and find them a bit rubbish. Perhaps unfairly they were drawing comparison to Stallone, Van Damme etc. in films which cost a hell of a lot more.

After a long scouring through many B movie action films in the video realm it one day retrospectively dawned on me (particularly upon revisiting some) that his output was pretty solid in comparison to a lot of his peers. Wilson isn’t the greatest actor. A few bit parts here and there aside (almost limited to walk-ons), the one time Kickboxing World Champ finally got his break in Roger Corman’s Bloodfist. Whether acting was a long standing ambition or something thrust his way for producers to try to find the new Van Damme (Wilson once infamously called the Muscles from Brussels out for a fight, which JCVD declined), he wasn’t as easy in front of camera as a Dudikoff for example. Regardless, Wilson seemed to possess an easy affability. Whether his characters were carefully chosen this way or whether his own persona just came across that way, but he’s always been a likeable on screen presence. It helped he wasn’t always playing growling, rugged toughs (someone like Jeff Wincott conversely, tended to), and he didn’t have an air of preened Gold’s gym obsession and capture my good side ego like Lorenzo Lamas occasionally did (and indeed Van Damme). 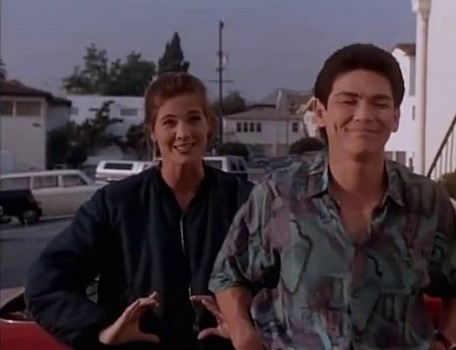 Picking the Wilson film to revisit was tough, because as mentioned, he’s actually done quite a few solidly enjoyable time-passers in the 90’s action pantheon. There were a few Sci-Fi and Horror films within too which provide goofy entertainment, be they the PM films double bill of Cyber-Tracker 1 and 2 (low rent Terminator riffs), Night Hunter (Vampires) or Virtual Combat (one of a slew of actioners from the mid-90’s with an obsession with VR).

I opted for one of his best, Red Sun Rising, a fairly straight up but engaging action film with a dash of mysticism, with Wilson tracking a Yakuza killer who has mystical ninja powers. A fine support cast with Terri Farrell, Mako, James Lew and Michael Ironside also help elevate this, along with a fine stunt team. Wilson does a fine job here, and a bit more time and care was afforded to his fight scenes than in some other films (which was always an Achille’s heel in many American/Canadian DTV action films back then).