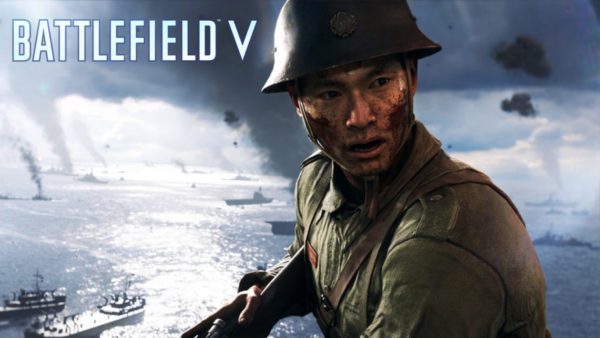 At EA’s (pre) E3 2019 event last night we got a look at upcoming improvements, changes and maps to Battlefield V.

The game has been riddled with complaints from core fans since release, some justified and others just moaning for moaning’s sake. The major complaint was the lack of new multiplayer maps since the game’s release late last year. Panzerstorm was released not long after release and recently the stunning-looking Mercury was added, but 2 new maps in roughly 7 months is not an acceptable amount these days, especially considering the release rate of new maps in previous iterations of the franchise.

Thankfully, EA and DICE have announced that 6 new maps will be with us in the next few months and up first is Marita, out in July:

The map looks stunning and unique, with an elevated starting point for one team making for a distinctive experience of attack and defence that no current map has. This raises an interesting possibility of choke points for support MGs to lay waste to the enemy, exciting indeed.

Next on the reveal list is Al Sundan, Northern Africa, out June 27th:

This map reminds me of Fortress on Battlefield 1 with hints of Sinai Desert. If it plays as well as either of those 2 maps then this will be an excellent addition for the Battlefield multiplayer community.

No confirmation yet on whether the 2 close combat maps will be available for the larger modes, such as conquest, but they look very interesting, beautiful and full of destructible objects and building.

Details on other maps aren’t complete, with only Operation: Underground getting anything close to a good look. Clearly this one is aimed to be the successor to the brilliant Operation Metro map from Battlefield 3. We were also told that Chapter 5 will take place in the Pacific Theater, bringing Americans and the Japanese to Battlefield V, finally. Iwo Jima has been confirmed but there will be 2 more maps joining it (my fingers are well and truly crossed for Wake Island).

Other than the maps, the ludicrously low ranking system has been boosted from 50 to 500. The increased in ranks will result in the addition of company coin (which is near useless these days) and specific dog tags, this update is expected in August.

For those who are interested in watching the whole presentation, the video is below:

What maps would you like to see in Chapter 5 and beyond? Let us know in the comments below…