Leave the guiding light of the divine Emperor and align yourself with the Chaos Gods as the new Chaos Campaign Expansion is now available for Battlefleet Gothic: Armada 2.  With a whole new story, new missions, new campaign mechanics and much more new content, this expansion will let players explore their darker side.  Accompanying the new expansion is a launch trailer providing a tease of the story. 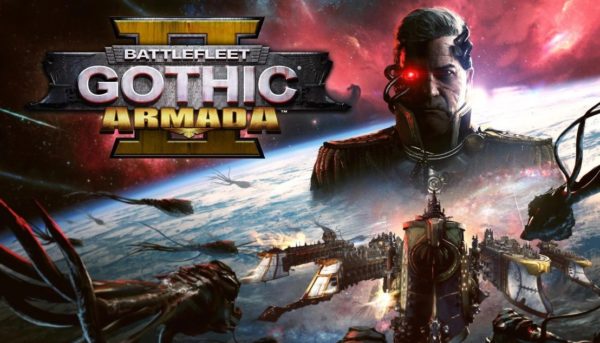 The Chaos Campaign Expansion adds a new campaign to the game’s already impressive roster of three grand campaigns, and for the first time adds Chaos as a playable faction.  In the campaign, players will join Abaddon the Despoiler and the Chaos legions and use their powers to crush the Imperium and conquer all of the Aegis Ocularis.

Also releasing alongside this expansion will be a free new update that enriches every campaign with additional secondary objectives for each map.  There will also be new campaign settings that allow players to customise every aspect of the campaign, and vary the difficulty.  These settings will include larger fleets, economy options and the ability to disable certain features for a more narrative focused gaming experience.

The Chaos Campaign Expansion is available to purchase now on Steam.