Hasitha Fernando reviews the season one finale of Doom Patrol… 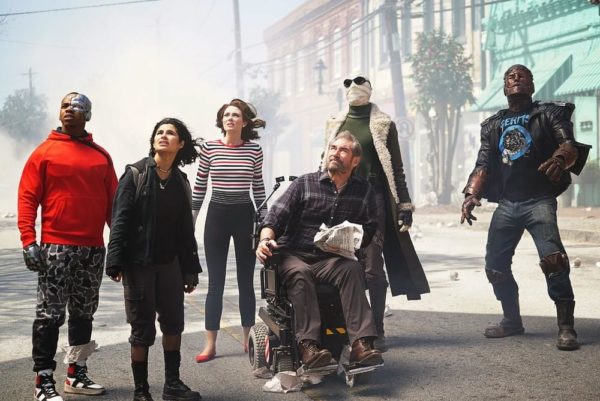 In the wake of Dr. Caulder’s devastating revelation, our titular team part ways to live their lives on their own terms. Meanwhile, back in the White-space Mr. Nobody’s gleeful celebration is momentarily cut short as he realizes there is one loose end that he must take care of…to ensure absolute victory.

The erstwhile episode came to a close by dropping a doozy of a disclosure; Dr. Caulder has been responsible for orchestrating all the terrible tragedies that befell our characters. Distraught and furious they abandon Dr. Caulder and go their separate ways. Six months elapse and we find our band of super-zeroes pretty much struggling trying to establish a ‘normal’ life. Rita’s stint as a high-school drama teacher doesn’t quite pan out while Cyborg’s duties have been relegated to solving petty crimes. Crazy Jane has more or less been reduced to a drug addict and Cliff has chosen to become her guardian angel of sorts. In short, our band of misfits are more broken and lonelier than ever before. They realize that no matter how hard they try, they can never ‘fit in’ or embrace normalcy; all they have is each other. They’ve become much more than a random bunch of freaks thrown into the mix; they’ve become family.

Soon the mundane routines of our outcasts come to screeching halt when they all start hearing Chumbawamba’s Tubthumping. Following the source of the music they arrive at Doom Manor and its’ sole occupant; a broken Dr. Caulder. He pleads with them to help him save his child who’s been held prisoner by Mr. Nobody on Danny the Street. Resisting at first, they all eventually agree to assist him and embark on their mission of mercy. 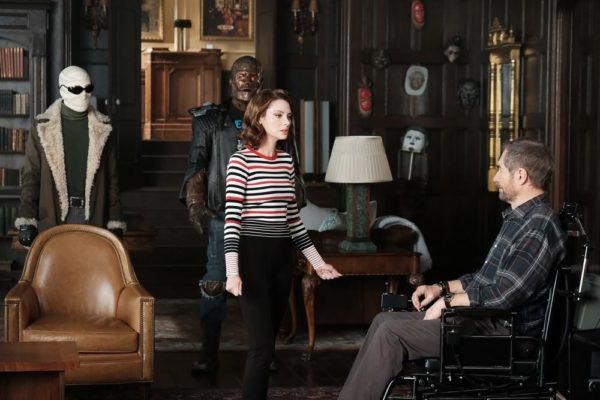 Now I’ve always had my reservations about The Chief from the get go. There was more to Dr. Niles Caulder that met the eye. My suspicions were confirmed in the episode Puppet Patrol, which enacted how Caulder crashed the party during Mr. Nobody’s transformation in 1948 but the why was never answered. Even as season 01 came to a close this particular detail was not addressed. Von Fuchs stated that Caulder stole something that was of great value that fateful day. What was this mysterious object? Since the source of Caulder’s immortality is never explained one can assume that what he took, was exactly that. Only time will tell.

During the course of the finale’s narrative Caulder discloses that he sought immortality so that he could care for his undying daughter who possesses terrifying powers of her own, which unchecked has the capacity to destroy the world. Quite the mouthful and unsurprisingly not everyone buys the story. Throughout the storyline we switch from the past to the present, exploring how Caulder coldly orchestrated the tragedies that befell our heroes. And now that their relationship with their mentor is strained it would be interesting to see how this would affect the overall dynamic of the team going forward.

All performances were top notch but one of my favorites was Alan Tudyk as the duplicitous Mr. Nobody. He truly relished every second of his screen-time, chewing the scenery in devilish delight but never coming off as a source of annoyance. An unexpected development in the series was Rita Farr’s character arc. From snobbish ex-Hollywood icon to empathic do-gooder she truly grows into her own as a character and April Bowlby does a tremendous job with her role. Diane Guerrero doesn’t get a lot of time to flex her acting skills but gives a solid performance nonetheless. And as always both Brendan Fraser & Matt Bomer give spectacular voice-over performances to bring their respective characters to life. 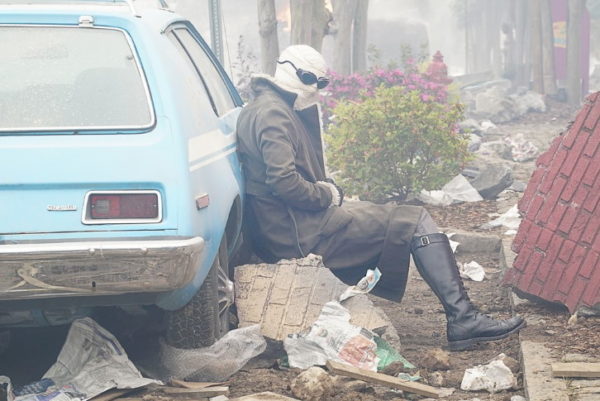 Overall, I must confess, the finale didn’t pull any punches when it set out to embracing its inherent outlandishness. Everything from an inter-species make out session to an uber unhinged Mr. Nobody; it’s all here folks. The madcap nature of this TV show is what makes it positively refreshing and utterly engaging. Kudos to Creator/Showrunner Jeremy Carver (Supernatural) for wholeheartedly embracing the spirit of the source material. Whilst not being the strongest episode, Ezekiel Patrol does make a decent job wrapping up most of the major plot points in the TV series and delivering a satisfactory conclusion to season one of Doom Patrol. I will certainly miss this oddball bunch of misfits and yes sir, it’s been one hell of a ride!