Mario fans can now pre-register for Nintendo’s new mobile game, Dr. Mario World, which launches on Android and iOS on 10th July.  A new trailer has been released which reveals more details and introduces the cast of colourful characters. 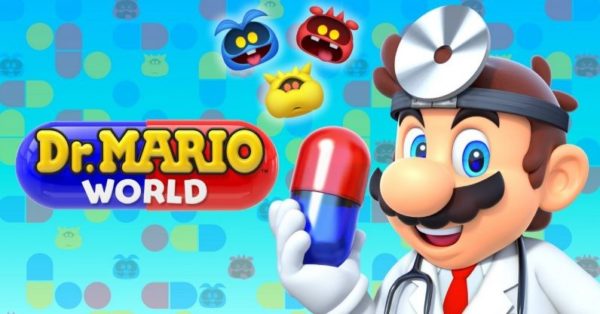 Dr. Mario World is a puzzle game where viruses are causing chaos around the world and it is up to Dr. Mario to get rid of them.  Players will help Mario to eliminate these viruses by matching coloured capsules with them but there’s only a limited amount of capsules to use on each stage.  Dr. Mario isn’t the only character to help defeat the viruses, there’s also Dr. Peach, Dr. Bowser, Dr. Toad and many more.

This puzzler can be played solo or with friends and family with players able to earn (and give) stamina-giving hearts.  Alternatively, players can compete against each other in a Versus Mode and challenge each other in real-time.

At launch there will be 200 stages available to complete with more stages, doctors and worlds to be added regularly post launch.

Dr. Mario World will be available on Android and iOS on 10th July.  To pre-register and gain notification when the game is released, visit the official site here.