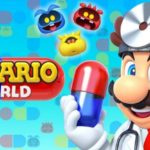 Mario fans can now pre-register for Nintendo’s new mobile game, Dr. Mario World, which launches on Android and iOS on 10th July.  A new trailer has been released which reveals more details and introduces the cast of colourful characters. Dr. Mario World is a puzzle game where viruses are causing chaos around the world and it […] 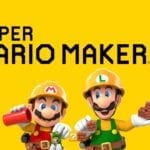 Back in 2015, Super Mario Maker was released on the WiiU and was an absolute gem of a game to play and provided so much enjoyment.  Now, thanks to an announcement from Nintendo, that enjoyment is set to happen again on the Nintendo Switch with the launch of Super Mario Maker 2 this June.  Nintendo […] 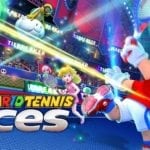 Shaun Munro reviews Mario Tennis Aces… Mario Tennis Aces will undoubtedly be the introduction to the Mario Tennis franchise for many Nintendo Switch owners – this reviewer included – and though far from an unqualified success, it nevertheless proves itself a surprisingly nuanced and less-surprisingly addictive sports title overflowing with personality. This certainly isn’t a tennis […]

Ubisoft and Nintendo have partnered up to bring two of their most popular franchises under one roof with Mario + Rabbids: Kingdom Battle which will be an exclusive title for the Nintendo Switch.  When these two worlds collide, Mario and his friends will need to team up with the Rabbids to journey through this tactical adventure and stabilise the […]

Thanks to Comic Book, we’ve got a look at the official key art for Ubisoft’s long-rumoured RPG crossover Mario + Rabbids: Kingdom Battle. Meanwhile, NintendoWorldReport has revealed that the game will last for around 20 hours and mixes exploration and turn-based combat across four “twisted” Mario worlds filled with references. Eight characters will be available to play […]

Back in September Nintendo announced that Mario is heading to Apple devices with Super Mario Run, and now it has been revealed that the game is set to hit iOS on December 15th. The initial download will be free of charge, but will only include “elements” of each of the three game modes, with the […]

Villordsutch reports from PLAY it! at MoSI Manchester 2016… Over the Easter Weekend I attended the opening of PLAY it! at the Museum of Science and Industry (MoSI) in Manchester.  Regular readers of Flickering Myth will recall this event’s birth last year in the summer holiday season, which I also attended; the theme of 2015 […]

Nintendo are going to release a Gold Edition Mario amiibo to 3,000 Wal-Mart stores on March 20th. The special edition of the Mario amiibo, which is modelled on the new Mario amiibo from the Super Mario amiibo line, will retail for $12.96 and is already sold out online. This golden Mario will arrive on the […]