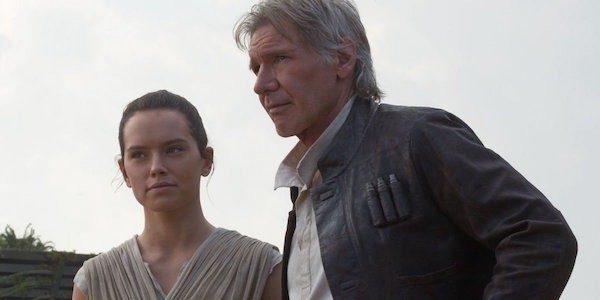 Whenever there’s a new Star Wars movie on the horizon, there’s always a steady stream of plot rumours and “scoops”, the vast majority of which are already forgotten about long before they actually get debunked on screen, and sure enough, Star Wars: The Rise of Skywalker is no exception.

With the anti-Star Wars: The Last Jedi section of the fanbase hoping that J.J. Abrams retcons some of Rian Johnson’s creative decisions with Episode IX, a rumour popped up this week suggesting just that by claiming that The Rise of Skywalker will reveal that Rey’s father is Han Solo, and she’s actually the half-sister of Ben Solo, a.k.a. Kylo Ren.

Well, it seems we don’t have to wait until December to debunk this one, as Lucasfilm executive and Story Group Member Pablo Hidalgo has shot the report down with a post on Twitter.

That doesn’t fit with the timeline. Han and Leia were together up until about 5 years before TFA when it all went to hell, and Rey is 19.

So, there you have it. Unless Pablo’s lying, of course. Or Han and Leia were on a break.

Do you think Abrams’ will retcon Star Wars: The Last Jedi’s Rey’s parents reveal? Or are they really just junkers from Jakku? Let us know your thoughts in the comments below or tweet us @FlickeringMyth…