Indie game publisher QubicGames will be bringing the retro arena shooter Get Me Outta exclusively to the Nintendo Switch later this year.  Get ready to take the war back to the aliens who are intent on performing weird experiments on a farmer in this entertaining looking shooter.  Watch the new trailer below to see the action. 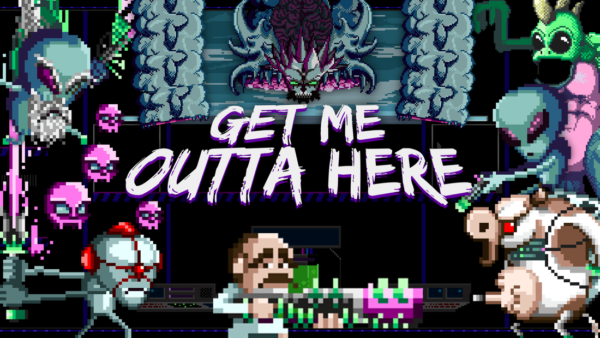 In Get Me Outta players take the role of a middle-aged farmer who wakes up in a strange craft wearing only a gown and his boxer shorts after having been abducted by aliens.  Grabbing an alien gun, it’s time to take out as many enemies as possible and last long enough for rescue.  Enemies will include the evil aliens themselves and a variety of mutated farm animals.

Get Me Outta arrives on the Nintendo eShop later this year.