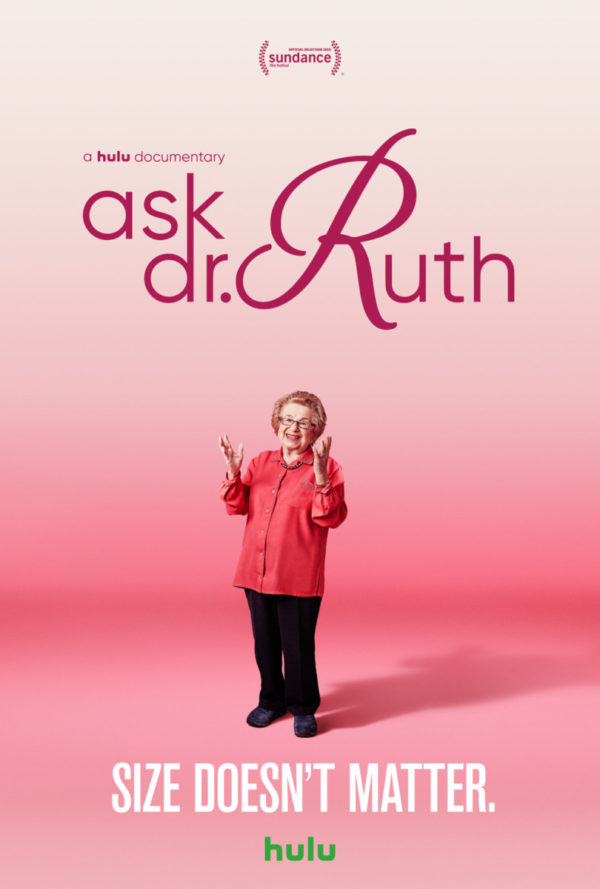 The story of TV sex therapist Dr Ruth Westheimer, who is still blowing the minds of Americans with her frank discussions of sexuality at the age of 90. 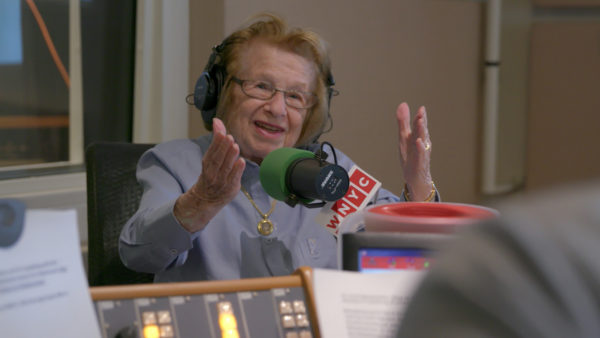 The opening scene of Ask Dr Ruth simply features an elderly woman trying to communicate with an Amazon home assistant device, asking whether her name is “Alexis” and then enquiring “Am I going to get a boyfriend?” once she has finally worked it out. She’s no ordinary woman, though. This is Dr Ruth Westheimer, otherwise known as “America’s sex therapist”, and she’s a character and a half.

Sometimes, a documentary film needs a story hook to see it through. In the case of Ask Dr Ruth, however, the central character is such a delightful, individual figure that it’s simply a pleasure to spend time in her company. Since rising to radio fame in the 1980s, Dr Ruth has been a fixture of the American media, to the point where she has appeared on just about every late night talk show and, the film shows us, was even the subject of a Robin Williams stand-up routine. She was referred to in magazines as the “happy Munchkin of sex” and had no problem saying “stimulate the clitoris to orgasm” on primetime TV.

Through the camera of documentarian Ryan White, who recently helmed Netflix series The Keepers, we learn that Dr Ruth is still maintaining the busiest of schedules. Her communications guy, Pierre, says he’d “love to retire, but Dr Ruth won’t retire”, effectively trapping him in his job. She released three books in 2018, in the same year she celebrated her 90th birthday. There’s no sign of her slowing down and she seems to adore both her work and her youth, at one point urging White to show how fast she can still walk. 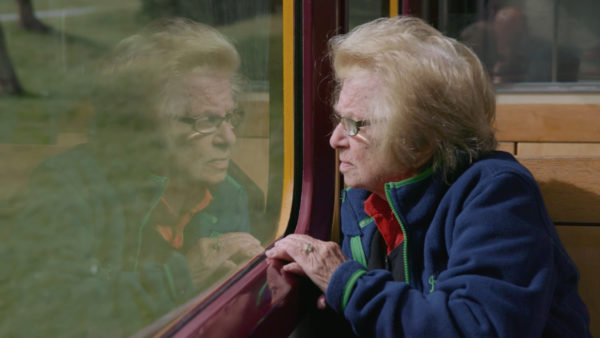 Her story was fascinating, even before she became a household name in the States. She was evacuated from her native Germany at the age of 10 as part of the Kindertransport and spent a pretty terrible few years at a Swiss orphanage. These stories are told via intricately animated reconstructions that really add colour to Dr Ruth’s recollections of her past, informed by the detailed diary entries she kept at the time. Even then, there’s a curiosity and an energy to her that would later become her charismatic, frank media personality.

And it’s clear from the film that this is a woman who has always taken her on-screen persona very seriously. She makes a big show of avoiding political discussion and, but for interventions on abortion rights and LGBT rights during the AIDS crisis, she has largely steered clear of that sort of controversy. During one interesting discussion with her daughter and granddaughter during the film, she resists being referred to as a feminist, despite her status as an inspiration. It’s interesting to watch a woman from a different generation grapple with the fact her progressive views are now very much up to date and need not be concealed.

Honesty is very much the key word when it comes to Dr Ruth. She has never been known for holding back, and that’s very much the case here. She’s unafraid to confront her past, visiting a Holocaust memorial centre in order to finally learn the fates of her parents who went missing during the war, and dismisses her first two marriages as nothing more than “legalised love affairs”. This is a documentary that really gets inside the life of its protagonist, thanks largely to her willingness to address anything and everything – the openness that has always been her trademark. 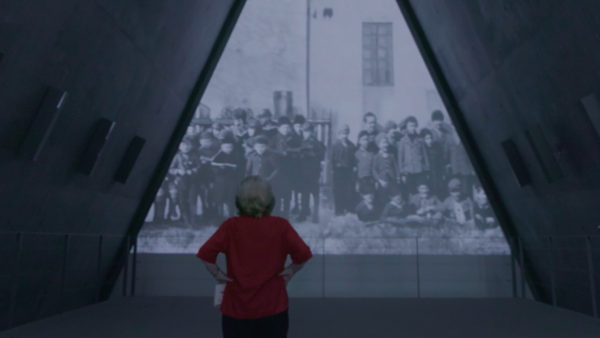 It’s questionable whether Ask Dr Ruth will work as well Stateside as it does in the UK, where Dr Ruth is a less well-known figure. The film is quite paint-by-numbers in terms of its approach and relies largely on the surprise and intrigue of an octogenarian woman who’s unafraid to talk about genitals, which obviously won’t work as well in a country in which she is already a bona fide celebrity.

For someone who was, for want of a better phrase, a Dr Ruth virgin, this documentary is the perfect introduction to an inspiring and brilliant woman who has lived the most fullest of lives. After nine decades on the Earth, she isn’t showing any signs she’s done with it yet.