Indie developer DreamsSoftGames has announced the release of their futuristic shooter Triton Survival on Steam Early Access.  This sci-fi themed title will see players build bases, craft, gather resources and blast waves of aliens.  Check out the launch trailer below…. 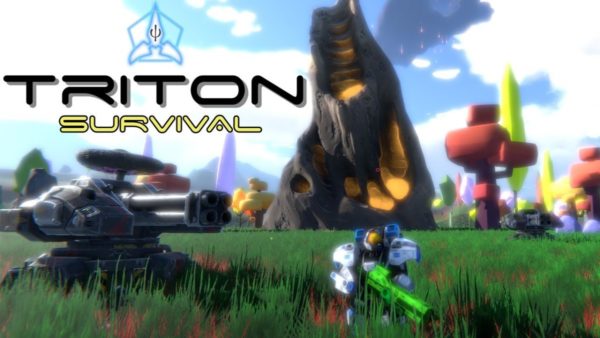 In Triton Survival, the Earth has been invaded by hostile aliens using a portal on Neptune’s main moon Triton.  As one of the best the Earth has to offer, players have been sent to Triton where they will  protect the Interplanetary Portal and prevent the invasion of new alien troops.  To do this, players must gather resources, ensure their own survival, build a fortification around the Portal and defend it.

“Triton Survival is our most ambitious project so far”, claims Luis de la Cruz, CEO at DreamsSoftGames. “Fans of survival games will find a big challenge with our new game”.