Another addition to Hot Toys’ Movie Masterpiece Series line has been revealed, with a 1:6 scale collectible figure for Rocket Raccoon of the Guardians of the Galaxy, which is based on his appearance in the Marvel blockbuster sequel Avengers: Endgame; check out the promotional images here… 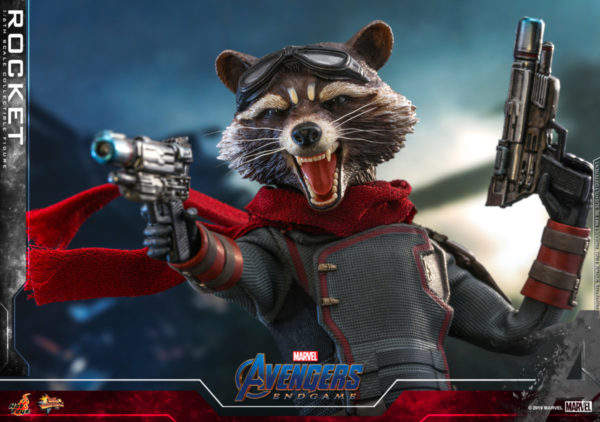 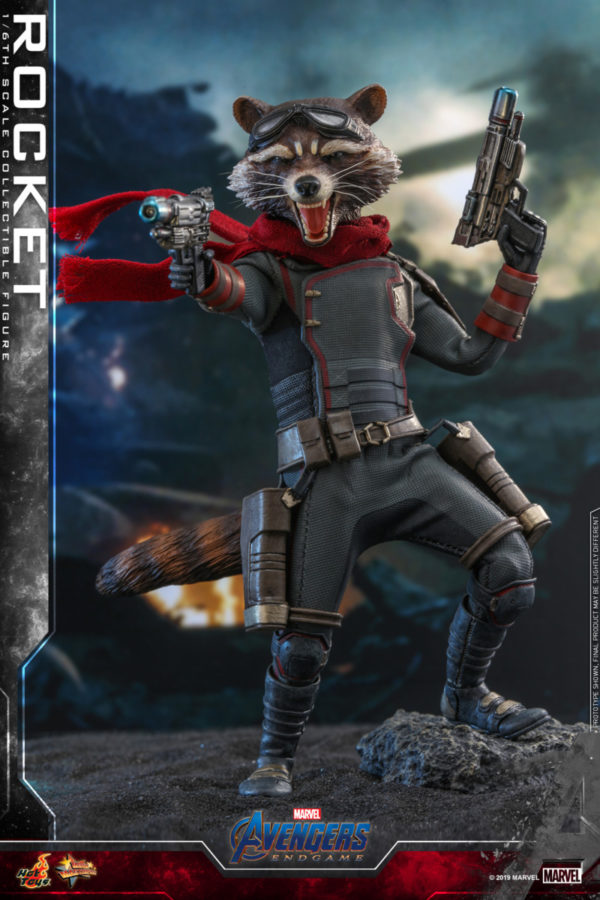 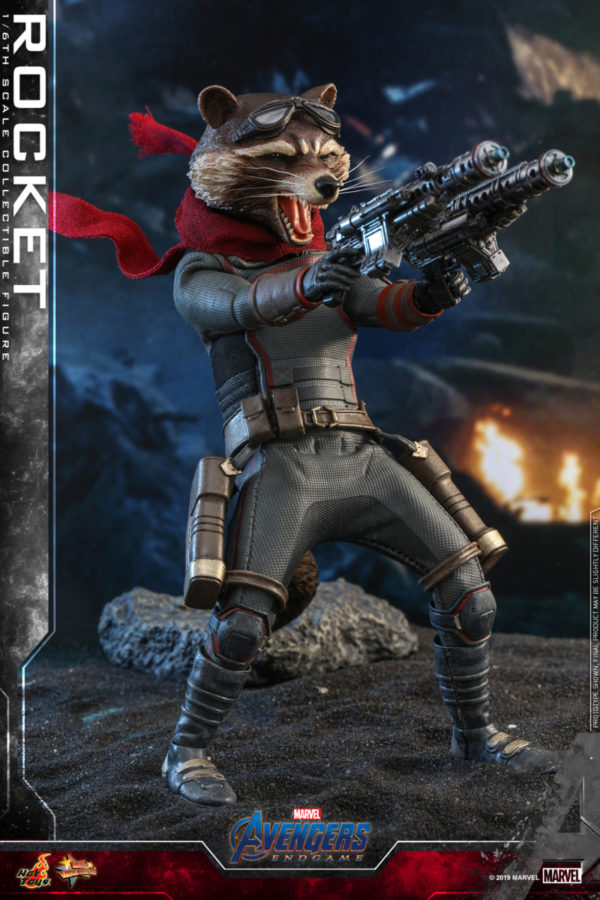 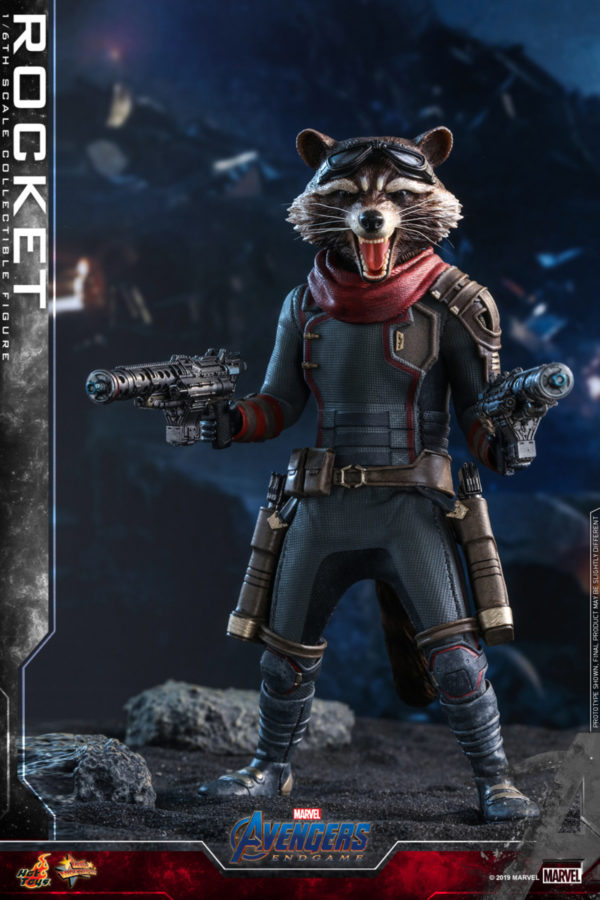 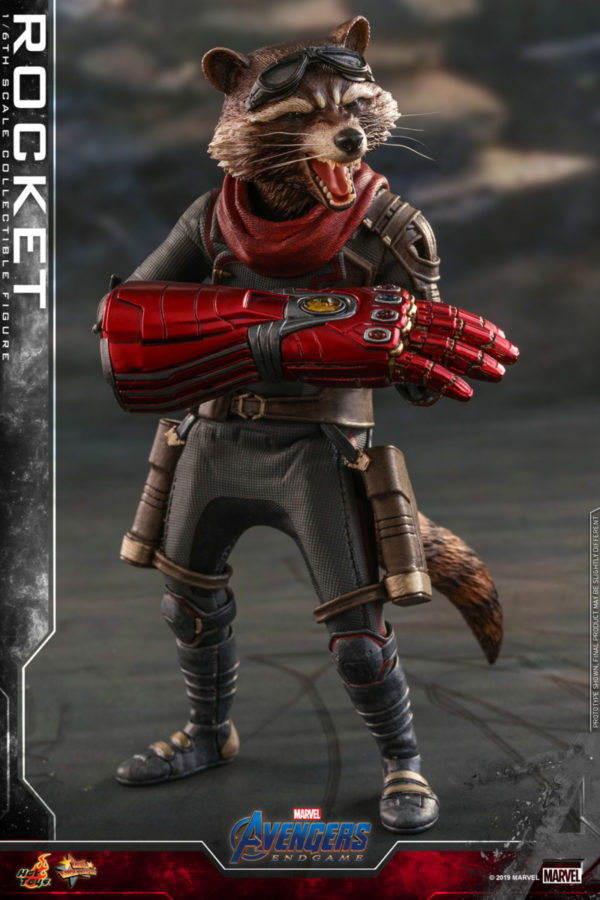 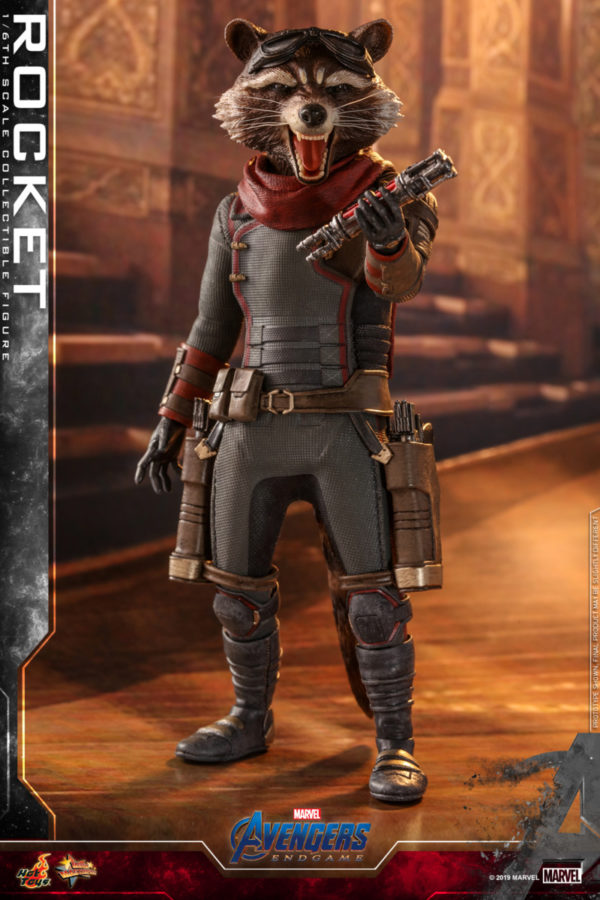 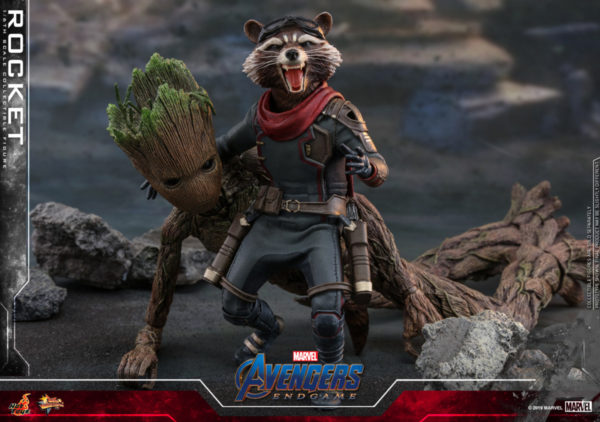 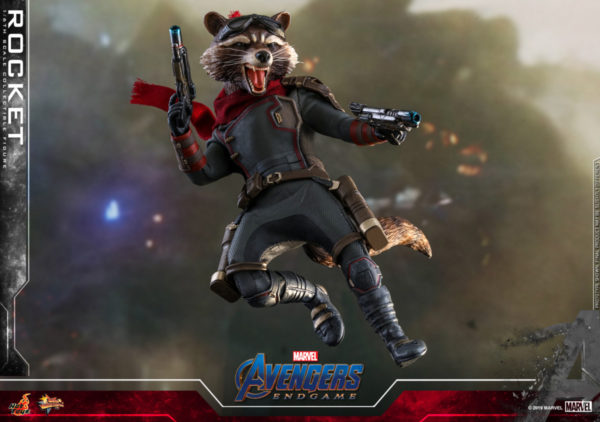 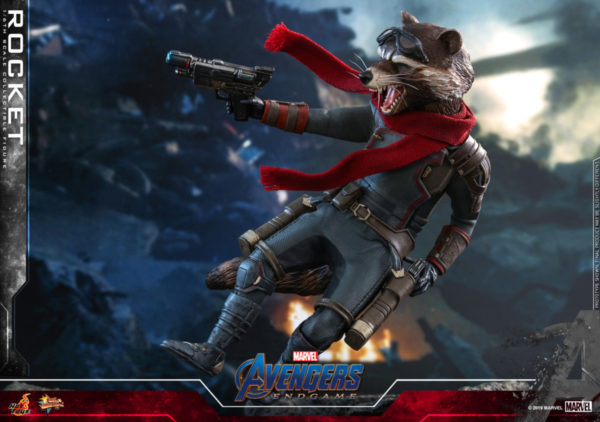 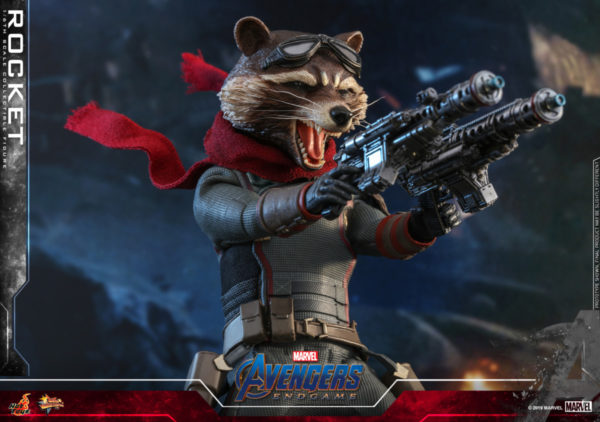 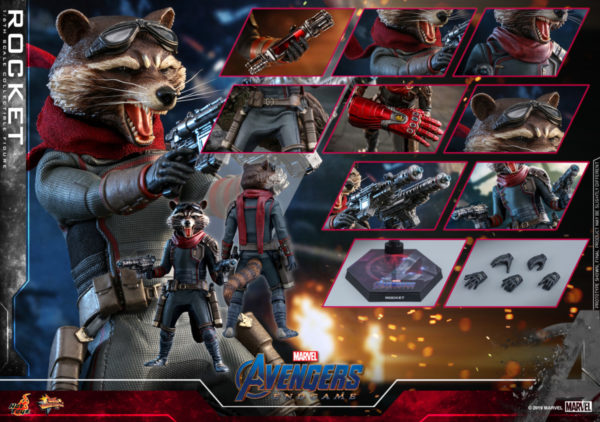 Hot Toys is thrilled to officially present one of the most beloved characters from Guardians of the Galaxy, Rocket in 1/6th scale collectible figure from Marvel Studios’ Avengers: Endgame.

Masterfully crafted based on the unique physique of Rocket in the movie, the figure features a newly painted head portraying his roaring expression with striking likeness, a meticulously tailored costume with interchangeable scarves, a number of interchangeable hands, pistols and blasters, highly-detailed accessories including a 1/6th scale Nano Gauntlet, a pair of goggles, an Aether extraction, also a specially designed dynamic figure with movie logo.