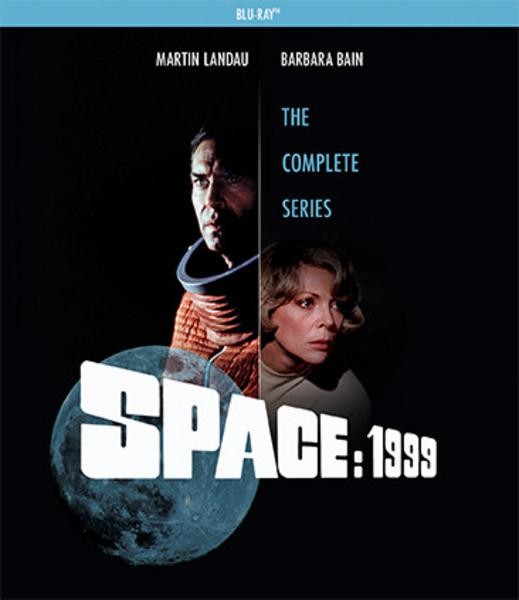 Space: 1999 fans will be happy to hear that Shout! Factory went the extra mile for this Blu-ray set that includes remastered episodes for both seasons, as well as several hours of bonus features that serve up some new interviews and commentary tracks. While not all the extras from past releases are included here, there’s enough material to keep fans busy for a while. 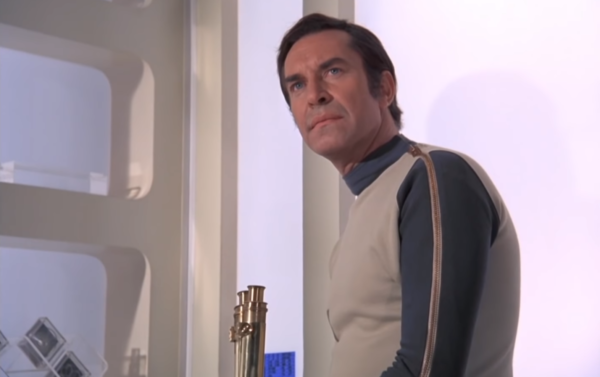 Somewhere in the recesses of my brain, there are full memories of me watching Space: 1999 when it aired on American TV, but all I can conjure today are flickers of remembrance. Star Trek reruns burn much brighter in my mind, and Star Wars blazes with white-hot intensity, but Space: 1999 has always been on the edge of my consciousness, a dull shadow that leaves me straining to remember much about the show.

When Shout! Factory acquired the license to both seasons (or series, as they say in the UK), along with a big batch of bonus features, I couldn’t resist requesting a review copy and putting my memories through its paces. I admit I still struggled to conjure up those memories, although the new featurette Moonbase Merch: A Tour of Space: 1999 Ephemera With Author John Muir brought back some happy times with the Eagle lander toy that I had as a kid – sadly, I think it met the same unknown fate as my Star Wars action figures and ships, thanks to a turbulent childhood.

Space: 1999 tells the story of the occupants of Moonbase Alpha, a station on the far side of the moon tasked with handling the disposal of nuclear waste in the year 1999. An accident sets off an explosion that knocks the moon out of orbit and hurtling through the cosmos, acting as a lunar version of Star Trek’s Enterprise. 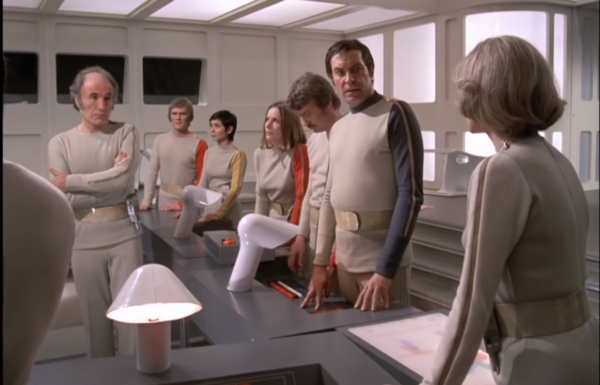 I don’t know what I thought of that setup as a kid, but the adult me finds it rather silly and contrived. Why not have the accident force the characters to abandon the moon in their Eagle landers and then find themselves catapulted through space due to a warp in the time-space fabric? Then they could wander the cosmos and have adventures while trying to either get back to Earth or find a new place to call home.

The show also feels a bit dated, with its synthesizer-infused soundtrack, its “We think people in the future will wear dorky jumpsuits” costume design, and its second season predilection for corny humor and “let’s recap what we learned” moments at the ends of episodes. The acting, particularly by its leads, Martin Landau and Barbara Bain, is also a bit flat, although perhaps that reflected subdued British sensibilities. An interesting note from the bonus features: Landau was a bit William Shatner-like in his possessiveness of his leading role, even going so far as to lobby against any actors who he thought were better-looking than him and could thus upstage his presence.

Space: 1999 isn’t without its merits, however. The first season is cerebral and full of interesting moments, such as a trip through a black hole in the third episode. The special effects and set design still hold up well too, particularly in the second season. While it seems obvious that the replacement of British producers Gerry and Sylvia Anderson with American Fred Freiberger for Year Two led to a bit of a Star Trek-like quality to those episodes (Freiberger worked on that series too), those stories tend to be a bit more fun to watch. Unfortunately, the show was canceled before it could be brought to a satisfactory conclusion. 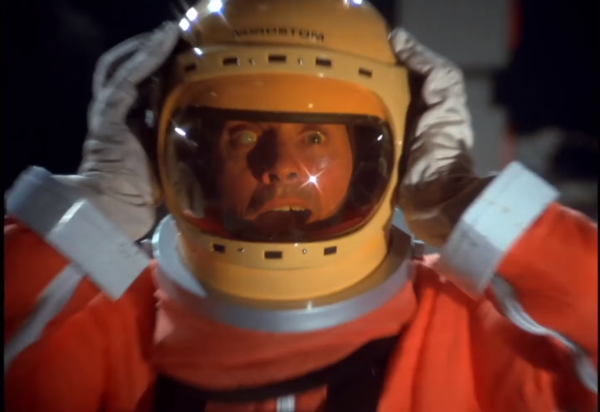 Both seasons of the show were remastered for home video. It looks great on these Blu-ray discs, without any of the wear and tear you would expect to see in something that was filmed over 40 years ago. The two seasons are spread across 12 discs, with image galleries available for many of the episodes and commentaries included for 4 of the 48 episodes. Each season is housed in its own case, with a third case that contains the extras disc and a booklet with an essay about the show. A nice cardboard slipcover houses the three cases.

The extras disc contains a wealth of bonus materials, although not everything has been ported over from previous DVD and Blu-ray releases. There’s also no way to buy Year Two by itself, if you picked up the earlier Year One Blu-ray, but this could still be worth a double-dip, depending on the depth of your interest in the show.

Shout! assembled a nice smattering of new bonus features for this edition, starting with commentaries by Anthony Taylor on two fan-favorite episodes, “Dragon’s Domain” and “The Metamorph.” Taylor is an expert on the work of the Andersons, and it shows here. He brings a nice academic quality to his discussions, leaving no stones unturned as he talks about the episodes. 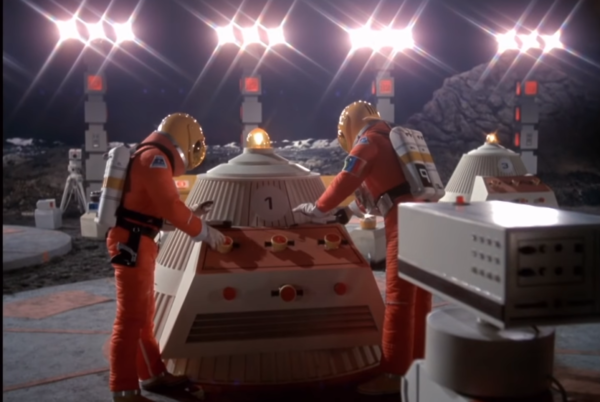 The other new bonus features include interviews with actress Barbara Bain, actor Nick Tate, and director Kevin Connor, running about 35 minutes total, as well as that aforementioned overview of Space: 1999 toys, which is 11 minutes long. The interview with Tate is the most interesting of the batch: He tells an amusing story about how he got involved in the show and managed to become a recurring character, since Landau wasn’t as threatened by him as he was by other actors. Tate also doesn’t mince words when talking about the dramatic changes for Year Two, including the introduction of major new characters who were nowhere to be found the previous season and obviously couldn’t have been shuttled in from Earth.

The rest of the bonus features are numerous and include vintage interviews, remembrances by people who worked on the series, overviews of the special effects and design work, trailers, promos, and image galleries. There’s about four hours of previously released content, along with commentary tracks on two episodes.

Unfortunately, there are many older bonus features missing from this set, including feature films that combined episodes into one story and used some bonus footage. Also missing is Message From Moonbase Alpha, a 7-minute fan film from 1999 that was made with the blessing of the rights holders. Serving as a coda to the series, it featured actress Sandra Benes and was written by Space: 1999 script editor Johnny Byrne. 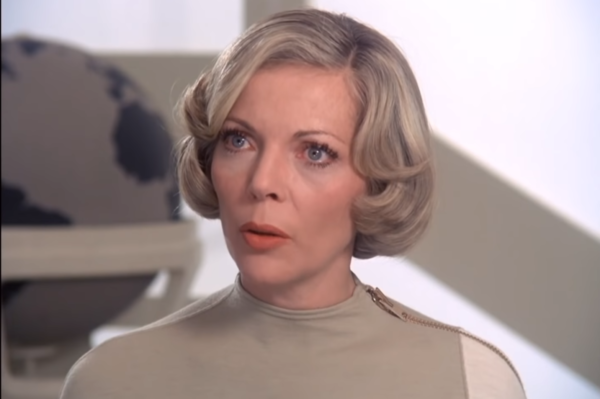 However, if you haven’t made the plunge into Space: 1999 on home video yet, you can’t go wrong with this set. Perhaps if enough fans support it, Shout! will be able to release some supplemental discs that include all the available bonus features.