Daisy Ridley, who stars as Rey in the upcoming Star Wars: The Rise of Skywalker, has revealed that the film will definitively answer the question of who Rey’s parents are.

One of the big mysteries in the sequel trilogy of Star Wars films has been the identity of Rey’s parents, with much speculation being thrown around online.

In Star Wars: The Last Jedi, Rey was told that it didn’t matter who her parents were but now actress Daisy Ridley has told USA Today that concrete details will soon be revealed in Episode IX: “[Director J.J. Abrams] did say the question is answered. So at the end of the film, you do know what the dealio is.”

Ridley has also commented on what fans can expect from the film as a whole in comparison to the previous two episodes: “Genre-wise, it’s different from the other two, which will become clear when the film comes out. It’s quite emotional. There’s a different drive than the previous two films, but there’s a lot of fun. I really missed John [Boyega] during the last one, but we’re back together and now Oscar [Isaac] is part of it. To me, it felt like kids going on an adventure.”

SEE ALSO: Daisy Ridley says Star Wars: The Rise of Skywalker is “a brilliant end to the story”

We will have to wait and see just what Episode IX has in store for us this December. 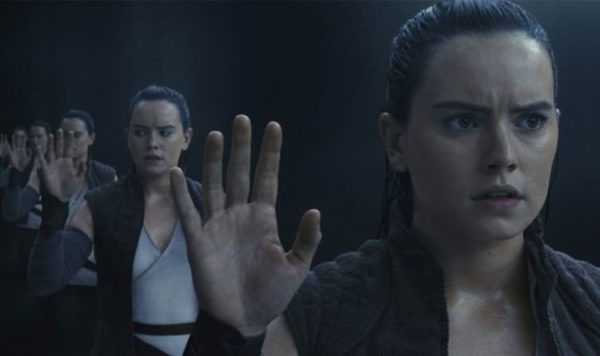