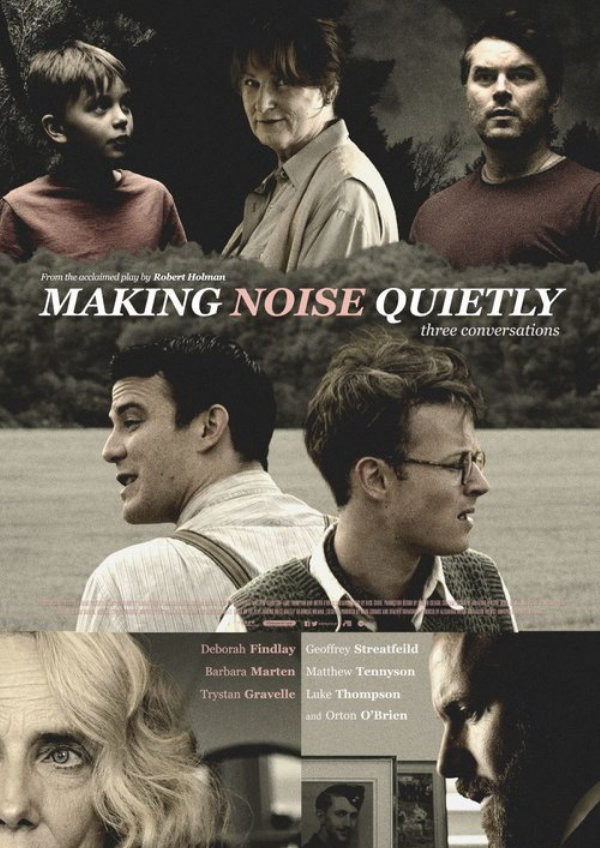 Making Noise Quietly is an adaptation of Robert Holman’s play of the same name, in which strangers meet in Kent in 1944, Redcar in 1982 and the Black Forest in 1996, preoccupied by war present or past: World War II, The Falklands and Iraq.

Director Dominic Dromgoole discussed with Flickering Myth his transition from theatre to film, creating a relationship between language and space, and his hopes of conveying an optimism.

Why storytelling as a means of creative expression? Was there an inspirational or defining moment for you personally?

I felt a grim inevitability about it from the beginning. Whether that was doing plays with my brother and my sister for my parents or friends, or whether it was a sort of gameshow with the cub scouts, or whether it was plays at school, I just always felt it was inevitable. 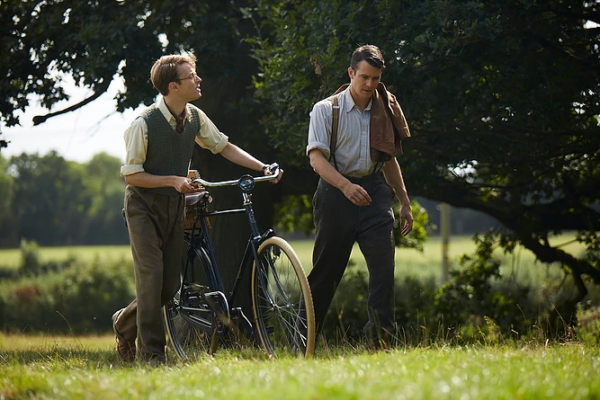 How would you compare storytelling in the theatre to the cinema?

At the end of the day with the theatre you prepare the elements, and then you mix them. You heat it and boil it up to a certain point, and then you have to let it go. You have to allow the actors the freedom night by night to respond to what’s in the air, to the particular stimulus and what the other person is bringing to them. You get the skeleton sorted out, and then every night depending what is used to dress it, is distinct according to the actuality of that moment.

In film you have the capacity as a director to make hard and frozen choices about what the story and the style is. I also aimed for the filmmaking to be as collaborative as possible. We carried on rehearsing in the process of making it, and in the collaboration I wanted to include the cinematographer, the composer, and to include the sound elements as well. I was trying as far as possible to make it a collaborative exercise, rather than didactically handed down from above.

The other thing that surprised me is those films I thought would have no form of organic life after they were made, and that they would just be what they are, that’s not the case. They do have an organic life, in that every time you watch the film in a cinema it has a different response according to who’s in the audience, what the temperature is, what the sound is set at, whether the picture is as sharp as you want it be or whether it has degraded itself a bit. Film exhibition is much more organic and much less arid than I thought.

In your director’s statement you spoke about how well you thought Robert’s play would translate to the screen. Are there any moments you would identify as particularly successful ones?

The essence of the attempt was about creating an interesting dynamic between the language and the landscape, that there was some sort of interplay between how people behaved with each other in their relationships, and the world that was around them. There’s something idyllic and buttery, and funny about the perfect summer day in the first one, while the second one is a very enclosed and claustrophobic space filled with tension. The third is a difficult to read forest space, where all sense of vertical and the horizontal has been suspended because you’re half way down a hill with these immense trees around you. It’s very disorientating, and I wanted that sense of how the landscape and the environment surrounds and effects people to come through as clearly as possible. I also wanted to show how the nature of a conversation is that people change their point of view in the course of it, discovering new truths, and I wanted that to ripple through. 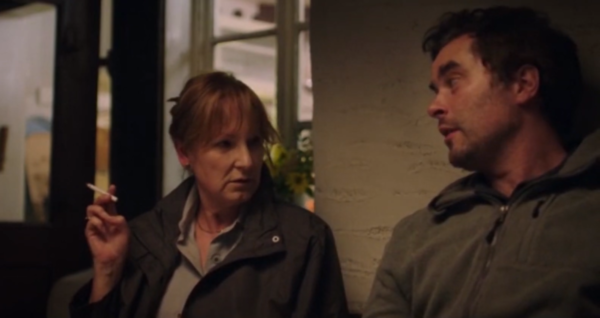 The common consequence of war is suffering and while changes happens through conversation, there is a lack of change around the theme of war.

The backdrop of conflict and military action spreads a poison and toxicity everywhere around it, but it also makes the people in those encounters particularly vulnerable and open to the most profound change, and the biggest leap into a different space. I hope it does feel in some way dynamic and it doesn’t just feel that everyone is stuck in a continuity, in the way the two boys in the first one discover something about themselves, and what they want to do with their lives – not their sense of progress, but development. The coming together between the mother and the naval officer in the second is the same. There’s a search for a better understanding of themselves, and in the third one too. Even though it’s a very muted form of optimism, my hope is that there is some form of optimism there. 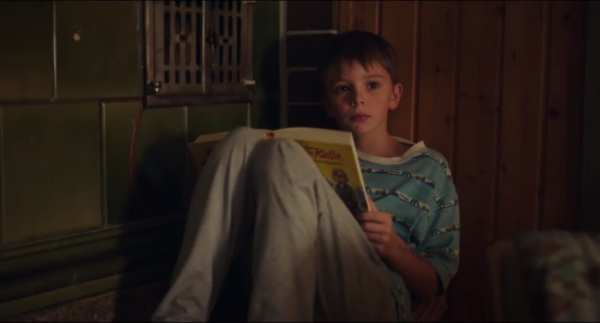 When you break down the experiences of war through the ensemble cast, you find that they are individual and diverse.

One of the great lessons of the film is there’s nothing worse than a generality. If you do generalise about people and say, “Oh everybody is going to be effected in this way by this situation”, you are doing a great disservice to their humanity and their individuality. It’s important that in the first one Oliver actually determines that he’s going to go to war, and he’s going to fight because he realises that he will not be at peace with himself if he doesn’t. But it could have gone in a different direction had he met someone different. The fact that they all come alive as very particular and individual human beings, hopefully has it’s own optimism.

Many thanks to Dominic Dromgoole for taking the time for this interview.