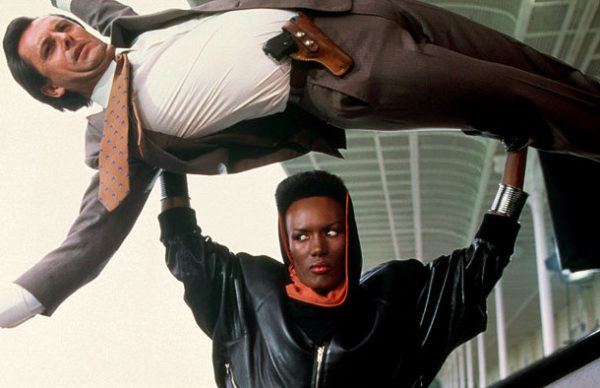 If a report from The Sun is to be believed, there’s been more drama on the set of Bond 25 this week as Grace Jones is said to have quit the film in anger after being lined up for a cameo opposite Daniel Craig’s 007.

According to the tabloid’s “source”, Jones – who portrayed the iconic May Day in 1985’s A View to a Kill – had apparently been given premium accommodation and a red carpet welcome for what producers were hoping would be a crowd-pleasing cameo.

However, the supermodel, singer and actress was apparently offended by the size of the role on offer, and – having expected to play a more prominent role in proceedings – was said to have quit on the spot.

Bond 25 has been beset by difficulties, with various rumours circulating about the chaotic nature of the production, leading director Cary Joji Fukunaga to come out and deny reports that the crew were on the verge of mutiny. Throw into that an on-set explosion and an accident that put Daniel Craig out of action, and its fair to say its been anything but a smooth ride so far for 007’s next big screen outing.