Having unveiled its Phase Four line-up at the San Diego Comic-Con this past weekend, Marvel is now prepping for next month’s D23 Expo, and Disney has announced what fans can expect from the House of Ideas during the convention in Anaheim, California.

On Saturday, August 24th, Disney promises “a behind-the-scenes look at its blockbuster collection of upcoming films” including the Marvel Cinematic Universe, with “exclusive footage, special guest appearances, and more.” The convention floor will also allow fans to “step inside the action of the record-breaking Avengers: Endgame at a D23 Expo-exclusive video experience, and tour the costume gallery to see costumes worn by characters from the Marvel Cinematic Universe.”

In addition, Marvel Animation will also hold a panel featuring details on the next season of Marvel’s Spider-Man and the world premiere of Marvel Rising: Battle of the Bands, and Marvel Comics will celebrate its 80th anniversary with a commemorative panel honouring the history of the Marvel universe.

The Walt Disney Studios Hall D23 Presentation
Saturday, August 24, 10 a.m. – noon, Hall D23
The Walt Disney Studios will present a behind-the-scenes look at its blockbuster collection of upcoming films, including a peek at exciting projects from Marvel Studios. As always, attendees will be treated to exclusive footage, special guest appearances, and more!

MARVEL COMICS: Marvel 80th Anniversary
Saturday, August 24, 5:30 – 6:30 p.m. PT, Stage 28
Marvel Editor-in-Chief C.B. Cebulski and Executive Editor Tom Brevoort take you through the amazing, incredible, and uncanny history of Marvel Comics! Get the inside scoop on the House of Ideas—from Captain America to Captain Marvel! As part of Marvel’s 80th anniversary celebration this year, this commemorative panel looks back at the history of the Marvel Universe, honoring the iconic characters and timeless stories that have inspired fans all around the world. Marvel will continue celebrating this milestone with its characters and fans in exciting ways all year—from comics and games, to digital shows, toys, collectibles, and more. 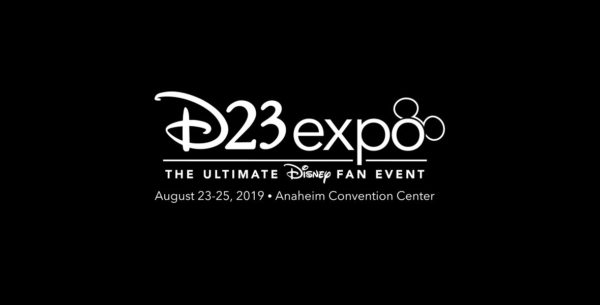