Ahead of its UK digital release next month, a poster and trailer has arrived online for Juuso Laatio and Jukka Vidgren’s acclaimed road trip comedy Heavy Trip which stars Johannes Holopainen, Samuli Jaskio, Antti Heikkinen, and Max Ovaska as members of the amateur Finnish heavy metal band Impaled Rektum, who are invited to play Norway’s biggest metal festival after spending over a decade practising in their parents basement; cehck them out here… 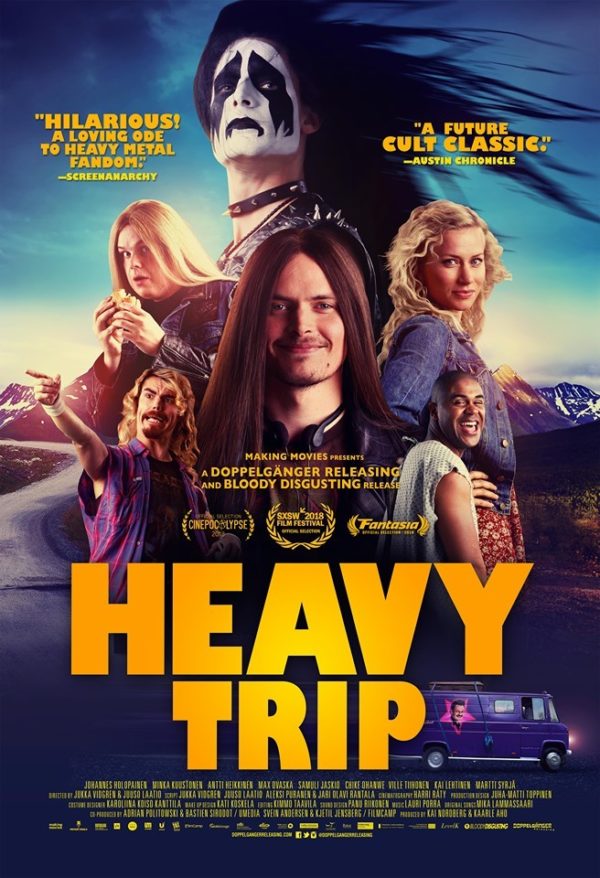 Life isn’t great for Turo (Johannes Holopainen – All the Sins), he’s stuck in his hometown, a small village in Finland where not much happens. The only thing that makes him happy is being the lead singer of amateur metal band Impaled Rektum. He and his bandmates are not what you’d call successful…it’s been 12 years practicing in their parents’ basement and they’ve never played a gig…no, not even one. But is their luck about to change?

An encounter with a festival promoter could be their ticket out and they decide they’re going to play at Northern Damnation – the biggest metal festival in Norway – come hell or high water.

So begins a torturous and uproarious (for us) road trip journey which sees them stealing a van, a drummer and even a corpse. With the Finnish police and Norwegian army on their tail, will they fulfil their quest to hit to the big time?

With its side-splitting gags and a soundtrack to die for get ready to rock with Heavy Trip…see you in the mosh pit.

Heavy Trip is set for release on August 5th.