Quentin Tarantino’s R-rated Star Trek movie is set in the Chris Pine timeline according to the director. 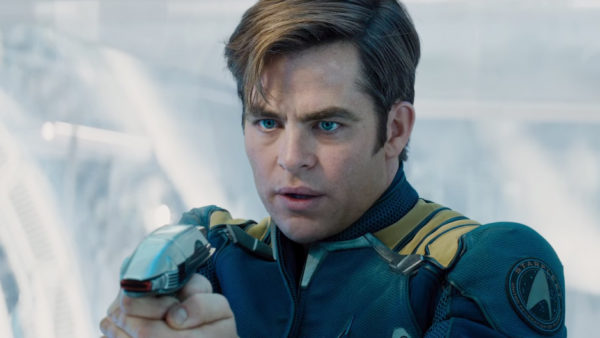 There were many a raised eyebrow when iconic director Quentin Tarantino annouced he wanted to make an R-rated Star Trek film. There is plenty of intrigue behind the project with fans eager to see how it will all work.

One big question is how will it fit in with the existing Star Trek movie franchise starring Chris Pine. Well, Tarantino addressed this question about his script when speaking to the Happy Sad Confused podcast (via ComicBook.com):

“Well, it’s an idea then we got together and talked it out and then we hired Mark Smith, who did The Revenant to write the script. I don’t know how much I can say. The one thing I can say is it would deal with the Chris Pine timeline. Now, I still don’t quite understand, and J.J. Abrams can’t explain it to me, and my editor has tried to explain it to me and I still don’t get it…about something happened in the first movie that now kind of wiped the slate clean. I don’t buy that. I don’t like it. I don’t appreciate it. I don’t — fuck that…I want the whole series to have happened, it just hasn’t happened yet. No, Benedict Cumberbatch or whatever his name is is not Khan, alright? Khan is Khan. And I told JJ, like, ‘I don’t understand this. I don’t like it.’ And then he was like, ‘Ignore it! Nobody likes it. I don’t understand it. Just do whatever you want. If you want it to happen the exact way it happens on the series it can.’”

Well, that’s a little more clear… regardless of the issues with the current timeline and what is and will be canon in the future movie, at least Tarantino knows what he does and doesn’t want. We will have to wait and see how this progresses.