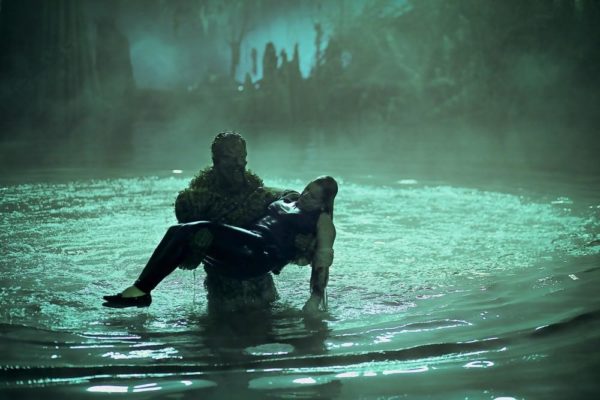 Liz’s investigations in to the disappearances of Dr. Alec Holland and loan officer Gordon Hass is making Avery Sunderland very nervous. After a botched attempt at intimidating her, Avery resorts to more extreme measures. In the heart of Marais’ marshlands Swamp Thing is struggling to master his new-found powers but to no avail. The sudden appearance of a certain Phantom Stranger (Macon Blair) however, changes the tide. Abby meanwhile, appears to be having second thoughts on letting Woodrue be part of her research since he only appears to be enamored about its potential scientific implications. Back in the Sunderland residence, things have taken a turn for the worse. Young Susie Coyle (Elle Graham) starts seeing the horrifying ghost of Sunderland’s deceased daughter and the entities intentions are far from good…

In this episode we delve deeper into the tragic event involving Abby and his childhood friend Shauna Sunderland. In the brief flashback shown we see what transpires and… it’s mysterious to say the least. If said flashback is to be believed, it appeared as if some powerful malevolent force or entity dwelling in the river pulled Shauna under whilst they were swimming. Why I feel uncertain about the scene’s veracity is because, it could very well be a coping mechanism constructed by Abby’s mind to overcome the trauma she endured. Or, knowing the dark history of Marais it could very well be something far more insidious. I’ve often stressed the important role the appearance of Shauna’s ghost would play in the overall narrative and this episode primarily centers upon that. The malevolent entity latches on to Susie Coyle and nearly drives Maria Sunderland to her death. The scenes involving ghost-Shauna and the rest of the cast are particularly creepy and really well executed. The sudden surge in supernatural activities are undoubtedly all inter-connected and Swamp Thing’s tragic transformation I feel, was just a catalyst. Regardless, I think we’ll get most of our questions answered before the curtain falls on this ill-fated TV series. 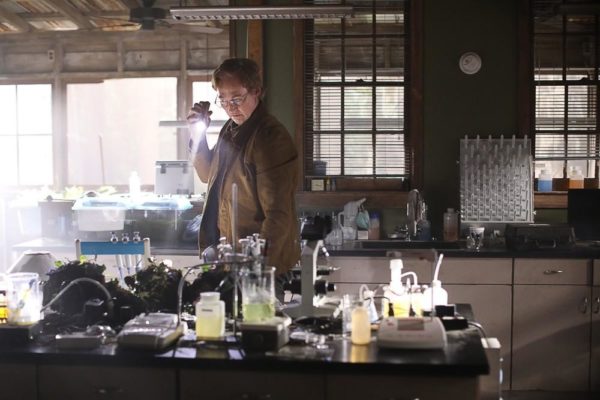 Swamp Thing is plagued by nightmarish visions as he struggles to control his power over ‘the green.’ At the peak of his utmost desperation a mysterious stranger enters the scene. Even Swampy is pretty spooked by his sudden appearance at first. But the stranger turns out to be a benevolent being possessing wisdom far exceeding his own. He reassures Swampy that the ‘ghosts’ he saw were just the memories belonging to the trees and ‘the green’ was merely trying to warn him of a past danger-possibly connected with Abby-returning. It is never exactly revealed who the stranger but when Swampy repeatedly inquires he cryptically responds saying, ‘I’m just a passing stranger. Maybe a phantom from a dream trying to help you understand what you already know.’

During my review of episode 3 I touched briefly on Daniel Cassidy’s backstory in the comics, so I was intrigued as to how the showrunners were going to interpret him in this live-action adaptation. I’m not going to spoil you, but the brief scene that played out in this episode…just gave me goosebumps. Suffice to say, they are definitely staying true to the source material; fully embracing the characters’ supernatural origins. That’s all I’ll say. 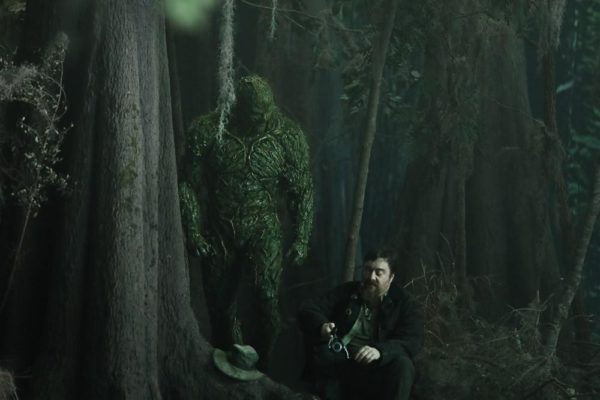 We are now at the half-way point of this excellent TV series and so far, it hasn’t lost any of its steam. Delivering great episodes one after the other, Swamp Thing is slowly shaping up to be one of my favorite TV series to debut this year. Let’s see what the next installment has in store for us.