SEGA has announced the release of Valkyria Chronicles 4: Complete Edition on Xbox One, Playstation 4 and Nintendo Switch.  This edition of the game is a digital package and contains all the add-on content released for the game.  For those who already own the base game, a handy all-in-one DLC pack is also available. 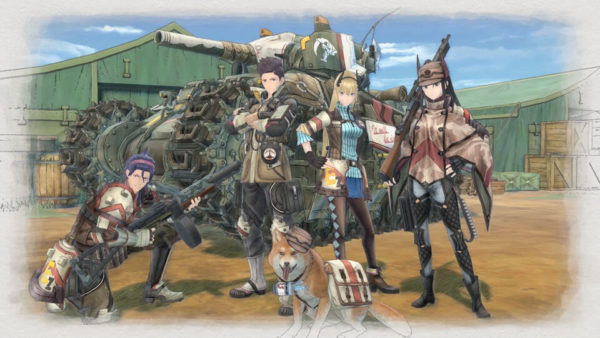 The Complete Edition will feature all the DLC released for the game to date, ranging from add-on scenarios and new story content.  This includes:

Valkyria Chronicles 4 features the Next Generation “BLiTZ” Battle System.  This part RPG, part 3rd person shooter introduces the new Grenadier class, numerous offensive/defensive battleship support options and the chance for a unit to have a “Last Stand” action.  It also sees the return of composer Hitoshi Sakimoto for a sweeping orchestral score.

Valkyria Chronicles 4: Complete Edition is available now for the Xbox One, PS4 and Nintendo Switch.