Schell Games have announced a brand-new free DLC pack for their VR spy puzzle game, I Expect You To Die, available today.

In I Expect You To Die, players must solve timed puzzle scenarios such as breaking out of an airplane to surfacing an underwater escape pod. In each scenario, objects are hidden within the environment, requiring the player to use their quick-thinking and problem-solving skills in order to escape and succeed.

The DLC, titled “Seat of Power”, places the agents in yet another deadly situation, this time, in Dr. Zor’s boardroom. Players must put their espionage skills to the test once again by covertly navigating the environment, retrieve secret information and escape safely without triggering any suspicion.

I Expect You To Die is available for download on Steam, PlayStation VR, Oculus Rift, Oculus Quest, and Windows. The “Seat of Power” expansion is available starting today to all current and future owners of the game for free. Will you be picking up I Expect You To Die and/or the DLC? Let us know in the comments below or tweet us @FMyth_Gaming… 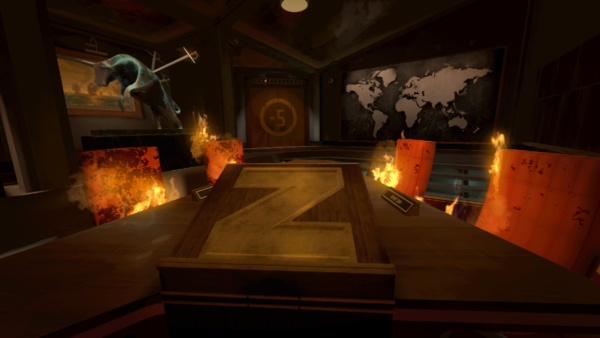