Schell Games have announced a brand-new free DLC pack for their VR spy puzzle game, I Expect You To Die, available today. In I Expect You To Die, players must solve timed puzzle scenarios such as breaking out of an airplane to surfacing an underwater escape pod. In each scenario, objects are hidden within the environment, […] 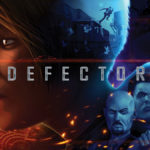 Shaun Munro reviews Defector… With hit VR spy romp Blood & Truth seemingly being a PSVR exclusive for the foreseeable future – if not forever – PC VR owners will undoubtedly have their interest piqued by Twisted Pixel Games’ (Wilson’s Heart) attempt to follow in its footsteps. But an underwhelming execution ensures that Defector falls short […]

Sean Wilson chats to the Tomb Raider and Far Cry composer about what makes a truly great score… Video game music has come on extraordinary leaps and bounds since the early days of 8-bit synths. Orchestral sophistication and symphonic power is now the order of the day, and at the forefront is acclaimed, award-winning artist […]

Villordsutch reports from PLAY it! at MoSI Manchester 2016… Over the Easter Weekend I attended the opening of PLAY it! at the Museum of Science and Industry (MoSI) in Manchester.  Regular readers of Flickering Myth will recall this event’s birth last year in the summer holiday season, which I also attended; the theme of 2015 […]

Ahead of the highly anticipated Oculus Rift’s launch on March 28th, Emma Withington reports from a demo for one of the launch games: VR Karts… ‘Argh, not the beehive again…the bees, the bees!’ – I cried out in despair during my first race in VR Karts. Sometimes you really do have to see something to believe […]

Just announced from Xiotex Studios is Caretaker Sacrifice, developed by Byron Atkinson-Jones, which will be heading to Oculus Rift in April.  Starring David Hewlett (Stargate, Cube) and renowned voice over artist Ed Mace, this is the first game in the Caretaker Chronicles, a series of games about the end of the universe, with Caretaker Sacrifice telling […]

Samuel Brace on whether PlayStation VR will kill Xbox… Both PlayStation 4 and Xbox One have been on the market for almost two years now and they are doing exceptionally well. With both consoles outpacing their last generation counterparts — Ps3 and Xbox 360 — console gaming is looking pretty darn good right now. One […]