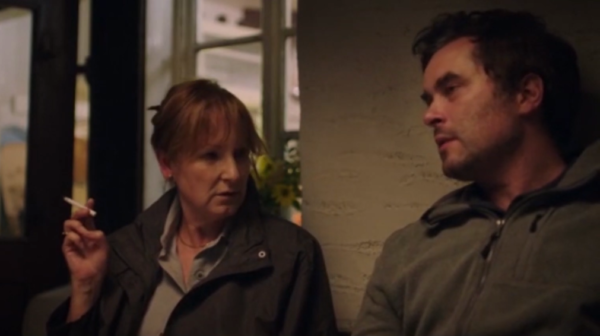 Thanks to Verve Pictures, we’ve got an exclusive clip from Making Noise Quietly, the feature debut of renowned theatre director Dominic Dromgoole, adapted from Robert Holman’s acclaimed play of the same name. Check it out here…

In 1944 in Kent, a conscientious objector (Luke Thompson) and a roaming artist (Matthew Tennyson) find friendship as the Second World War unfolds across the English Channel.

In 1982 in Redcar, a bereaved mother (Barbara Marten) struggles with the memories of her son, lost in the Falklands War.

In 1996, deep in the Black Forest, a holocaust survivor (Deborah Findlay) seeks to bring peace to a disturbed young boy (Orton O’Brien) and his violent stepfather (Trystan Gravelle).