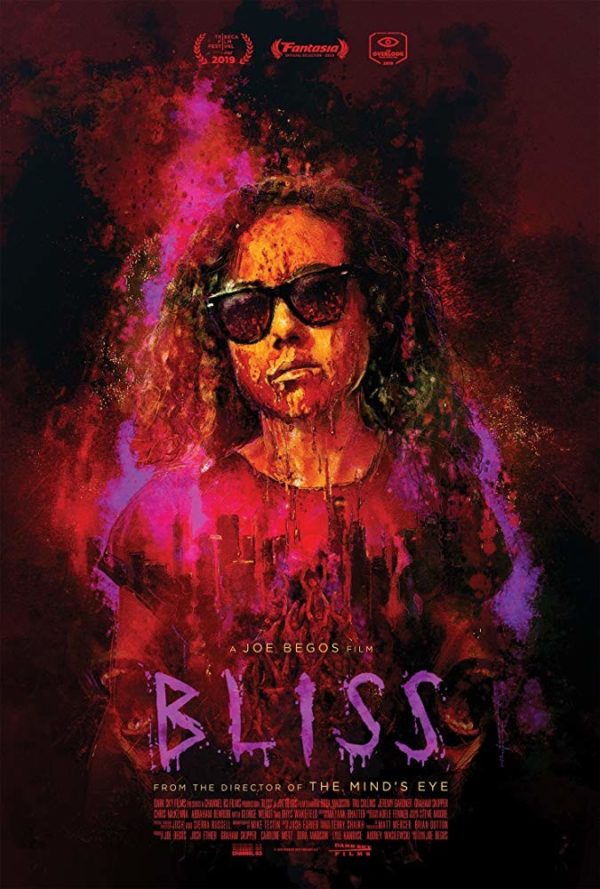 A brilliant painter facing the worst creative block of her life turns to anything she can to complete her masterpiece, spiraling into a hallucinatory hellscape of drugs, sex, and murder in the sleazy underbelly of Los Angeles. 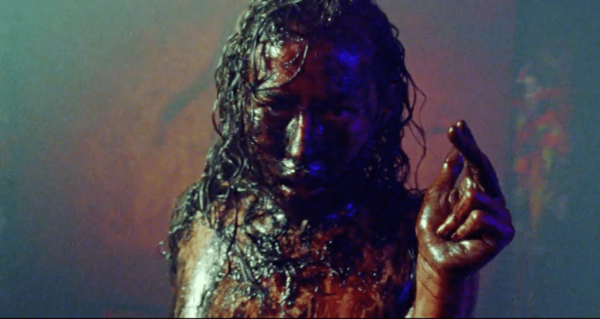 Writer-director Joe Begos (Almost Human, The Mind’s Eye) confirms himself a major genre talent to watch with his third feature, a hypnotic and formally gorgeous riff on a brand of horror that’s been done to death and back over the last decade – but rarely this well.

Dezzy (Dora Madison) is a Los Angeles painter struggling to complete her latest commission amid intense creative block. In an attempt to knock things loose, she over-indulges in a phenomenally potent drug, which appears to unlock her full artistic faculties but at a most unexpected cost.

Bliss has already been compared to the works of Gaspar Noé by many, and from the electric hum of its opening title onwards, it’s easy to see why. One fears this might be setting the wrong expectation from the outset, though, as while Begos’ film may be many things, it’s not really much of a sexually extreme taboo-buster in the way so many of Noé’s are. The second half sure is mental enough to earn the opening strobe lighting warning, though.

From a reviewing standpoint, it’s tough to know how much to say of the story, which for those who read only a capsule synopsis or glance across the trailer may come as a surprise. On the other hand, the film is so utterly breathless in its pacing – clocking in at a brilliantly concise 79 minutes – and so beyond the mundanities of Plot-with-a-capital-P that it also feels vaguely spoiler-proof. 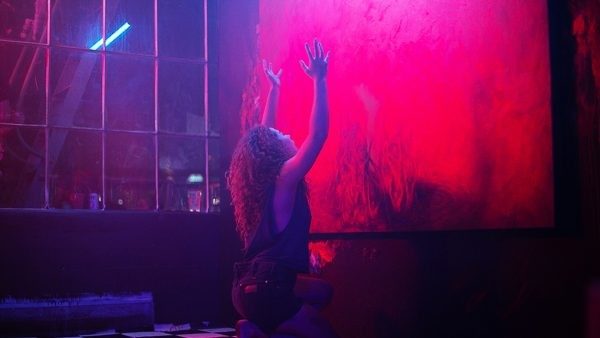 But I’ll keep things vague for safety. Needless to say, taken as a straight-forward piece of fiction, Bliss does become a bit unstuck around the mid-way point, as the introduction of a grisly wrinkle doesn’t fully vibe with the established drug angle. The logic doesn’t feel holistic enough, and I found myself questioning things when I really just wanted to soak it all in as a fuss-free, visceral allegory about the creative process.

And all things considered, that’s easily the best way to approach the film without fear of tying your brain in too many knots; this is absolutely a film better felt than it is picked apart for such fancies as coherence.

But as a rich stylistic experience, it is utterly intoxicating, thanks to Begos’ bravura direction, making exemplary use of Mike Testin’s gritty lensing and Josh Ethier’s pin-sharp editing.

Begos knows when to hold on a knowing glance and when to go full quick-cut acid trip, while some (presumably post-processed) film grain and scratches add a further rough-hewn charm to the package. Musical choices are first-rate throughout, and though surely too heavy for some tastes, undeniably fit the film’s scuzzy identity like a glove – a very dirty glove, admittedly. 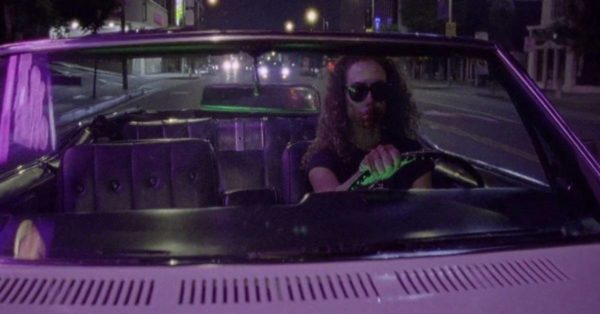 While Begos has such a confident handle on the visual and tonal through-line, he’s matched at all times by a knockout performance from lead Dora Madison. Her turn as an increasingly strung-out struggling artist is fantastic both in more grounded dramatic scenes and the film’s nuttier later moments. Between the intense physicality and continuous nudity required by the role, it is nothing short of fearless work.

It’s easy to see how Begos’ film simply won’t work for some, and that’s no big deal; its narrative doesn’t quite meet the high standards of its production values and lead performance, but if you’re in the market for some beautifully-crafted, smoothly controlled vulgarity, it is a mighty cinematic meal and far more than mere style-over-substance.