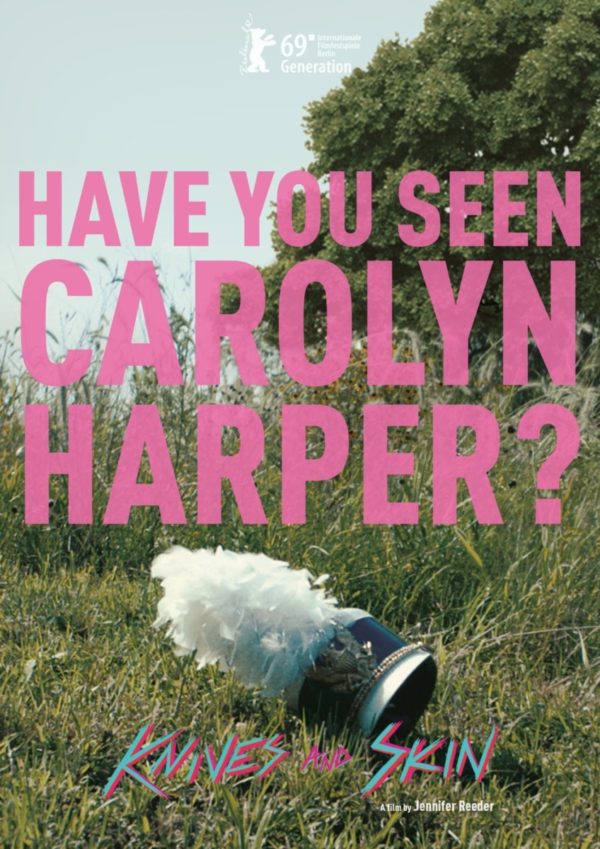 A mystical teen noir that follows a young girl’s disappearance in the rural Midwest and its effect on teens and parents. 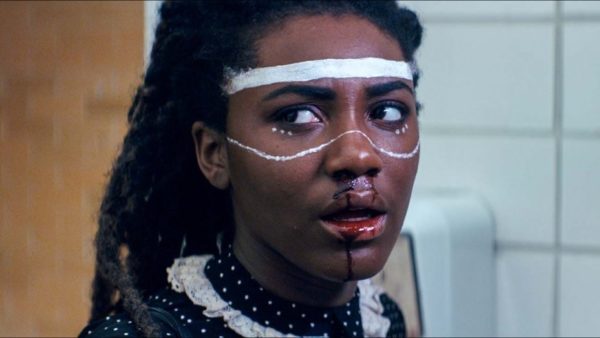 Veteran filmmaker Jennifer Reeder brings her brand of feminist, queer-centric cinema to Frightfest, in what’s sure to be one of the festival’s more deliriously visionary offerings – if certainly not for all tastes.

Knives and Skin opens with the disappearance of a young girl, Carolyn (Raven Whitley), in a sleepy, neon-swathed Midwestern town. This naturally sends her mother Lisa (Marika Engelhardt) into an expected frenzy, while prompting the town’s colourful denizens, both adult and young, to unravel amid the trauma in unexpected ways.

Reeder’s film absolutely lets you know its brand from minute one, and smartly so. Right away, dialogue has a peculiar yet appealing off-kilter clip to it, with an intentionally dry, stiff delivery to accompany, immediately reminding one of the wilful detachment – and, at times, the psychosexual weirdness – that Yorgos Lanthimos brings to most of his films. 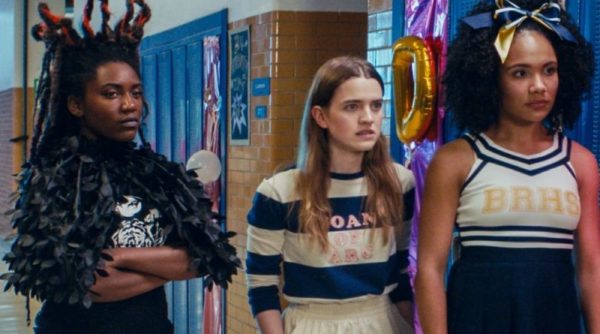 And like Lanthimos’ output, this is a tough film to categorise as a genre; part-missing person’s thriller, part-coming-of-age high school dramedy, and most surprisingly of all, part-musical. And yet, it is a film not entirely defined by any one of its many genre touchstones, and in spite of its perhaps aggressive weirdness, the underlying humanity is never lost, especially with the through-line of a mother desperately hoping to recover her child.

If there are sure moments where the pic will ride off the deep end for many audiences, Marika Engelhardt’s stirring performance as Lisa is what keeps the film tethered to a semblance of reality during even its more out-there scenes. But the cast as a whole proves very much an embarrassment of relatively unknown riches; Grace Smith is especially remarkable as Joanna, the sister of the boy Carolyn was last seen with, bringing a believable cynicism to the table that never veers too far into too-cool-for-school precociousness.

Across her near-two-hour runtime, Reeder cobbles together an impressively sprawling character tableau, as Carolyn’s fellow students juggle their own fraught relationships in a town that appears to ooze both tedium and milquetoast suburban triumph from its every pore.

But Reeder’s approach to both style and form couldn’t be further from milquetoast; in addition to the hilariously stilted, dry-as-a-bone dialogues, the film takes frequent divergences into musical territory with some genuinely haunting acapella renditions of New Order’s “Blue Monday”, Naked Eyes’ “Promises Promises” and Cindy Lauper’s “Girls Just Want to Have Fun”, to name just a few.

These sequences have only a tenuous literal relationship to the central story, but nevertheless help generate an airy, surreal atmosphere that’s destined to be compared to David Lynch’s Twin Peaks until the end of time.

Some fantastic dreampop licks from composer Nick Zinner certainly don’t hurt the cause, nor Christopher Rejano’s exacting cinematography, which features plenty of neon yet doesn’t overdo it as seems to be the indie thriller norm these days. Some of the film’s optical effects meanwhile look a tad goofy, but one is again tempted to invoke Lynch, who made a perverse art out of deliberately roughshod animations during 2017’s Twin Peaks reprise.

Don’t expect to be able to parse everything Reeder throws at you on a first viewing, but if you’re prepared to take a plunge down a stylistically sumptuous and well-acted rabbithole, this is a startling and memorable mood piece in shades of David Lynch, John Hughes, Gregg Araki and Yorgos Lanthimos.