Coinciding with the announcement that it will make its world premiere this September at the Toronto International Film Festival, the first official image has arrived online from Guns Akimbo, an action-comedy from director Jason Lei Howden (Deathgasm) and starring Daniel Radcliffe; check it out here via Bloody Disgusting… 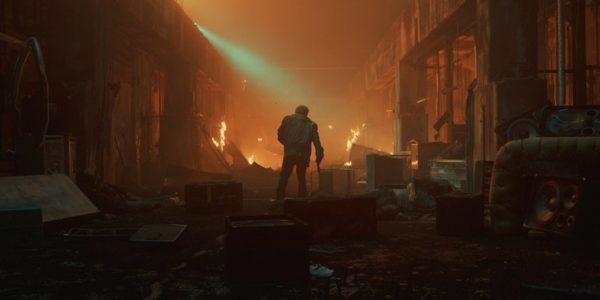 Guns Akimbo follows Miles, who spends his days in a dead-end job, pining for his beautiful ex-girlfriend Nova. His mundane existence is turned upside-down when he finds himself enrolled on a dark net website that forces complete strangers to fight in a city-wide game of death so that their gladiatorial battles can be live-streamed worldwide to a fanatical audience.

Contestants are chosen by a clandestine gang known as Schism, who handicap the weaker contestant to further stack the odds against them. Initially, Miles’ lifetime of running from his problems pays off as he manages to elude his first opponent but when Nova is kidnapped, he must finally stop running and overcome his fears to fight for the girl he loves.

Guns Akimbo will premiere in September and sees Radcliffe starring alongside Samara Weaving (Ready or Not), and Natasha Liu Bordizzo (The Society).