Capcom has released a new trailer and a developer update video for the highly anticipated massive expansion Monster Hunter World: Iceborne revealing more information on the new and returning monsters that players will encounter, plus a closer look at Velkhana, the Elder Dragon.  Watch these new videos out below…. 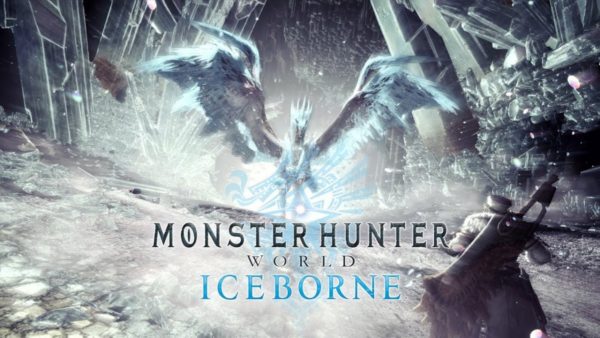 Iceborne will include a huge amount of new monsters that will provide brand new challenges to hunters.  Two new monsters joining the expansion’s lineup include the returning fan-favourite brute wyvern Brachydios and Namielle, an all new Elder Dragon that uses powerful water-based attacks.  The expansion’s flagship monster, Velkhana, will be able to use a powerful icy breath ability that causes frozen pillars to form on the battlefield, and which provide opportunities for new strategies.

Hunter Helper is a new gameplay feature that players can use if they need help.  With this feature, high ranking players will have the opportunity to help out other low rank players in the game world.  Those friendly chaps and chapesses among you will be rewarded for your help with exclusive in-game Pendants and Trophies.

Just before the launch of the expansion, an update will provide all hunters with a free Guardian Armour set that can be upgraded to offer increased defense and skills.  This armour can be equipped from the beginning of the game.

Monster Hunter World: Iceborne will arrive on Xbox One and Playstation 4 on 6th September with the PC edition arriving in January.