Following the first trailer for Monster Hunter, Paramount Pictures has revealed an international trailer for the upcoming action fantasy which offers a look at new footage from the video game adaptation, mostly featuring Tony Jaa’s The Hunter; check it out here… SEE ALSO: Monster Hunter featurette compares the movie and video game creature designs “Behind our […] 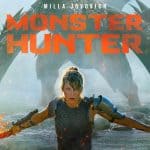 Sony Pictures has debuted the first trailer for Monster Hunter, the upcoming big screen adaptation of Capcom’s hugely successful video game franchise which reunites Resident Evil duo Paul W.S. Anderson and Milla Jovovich. The trailer gives us our first good look at Jovovich’s Lt. Artemis and her unit as they find themselves transported to a […] 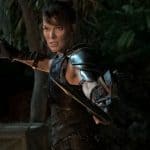 Having bucked the current trend of pushing movies into 2021 by actually shifting the film’s release to this December, Sony Pictures has kicked off the marketing campaign for Monster Hunter this week by releasing two character teasers featuring Milla Jovovich’s Lt. Artemis and Tony Jaa’s The Hunter. Tomorrow (Wednesday) will bring us the first trailer […] 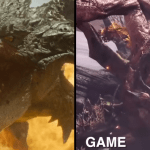 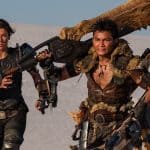 Following this week’s glimpse of Milla Jovovich’s Lt. Artemis in action, another brief teaser has been released for director Paul W.S. Anderson’s upcoming video game adaptation Monster Hunter, which sees Tony Jaa’s Hunter using his skills with a bow and arrow to try and take down a Diablo; watch it here… No Screamer Pod? No […] 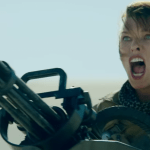 Sony Pictures has released the first teaser trailer for director Paul W.S. Anderson’s (Resident Evil) upcoming video game adaptation, Monster Hunter, which sees Milla Jovovich’s Lt. Artemis and her unit take a on a Black Diablo; check it out here… “Behind our world, there is another: a world of dangerous and powerful monsters that rule […] 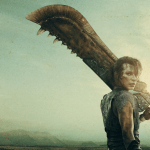 While fans of the Monster Hunter franchise are going to have to wait a little longer to see the Capcom video game brought to life on the big screen following the film’s recent delay into 2021, we do have a new synopsis for the upcoming movie which seemingly confirms that director Paul W.S. Anderson and […]

Fans of Capcom’s Monster Hunter video game series are going to have to wait a little longer to see the franchise on the big screen, with Sony deciding to push back the release of the upcoming feature film adaptation due to the ongoing uncertainty surrounding the pandemic. The film – which reteams the director/star and […] 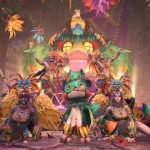 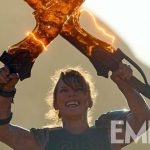 With the upcoming big screen adaptation of Capcom’s Monster Hunter still seemingly on course for its September premiere, Empire has revealed a new image from the Paul W.S. Anderson-directed film, which features his wife and Resident Evil star Milla Jovovich’s Lt. Artemis wielding her Dual Blades. Meanwhile, speaking with the outlet, Anderson and Jovovich have […]