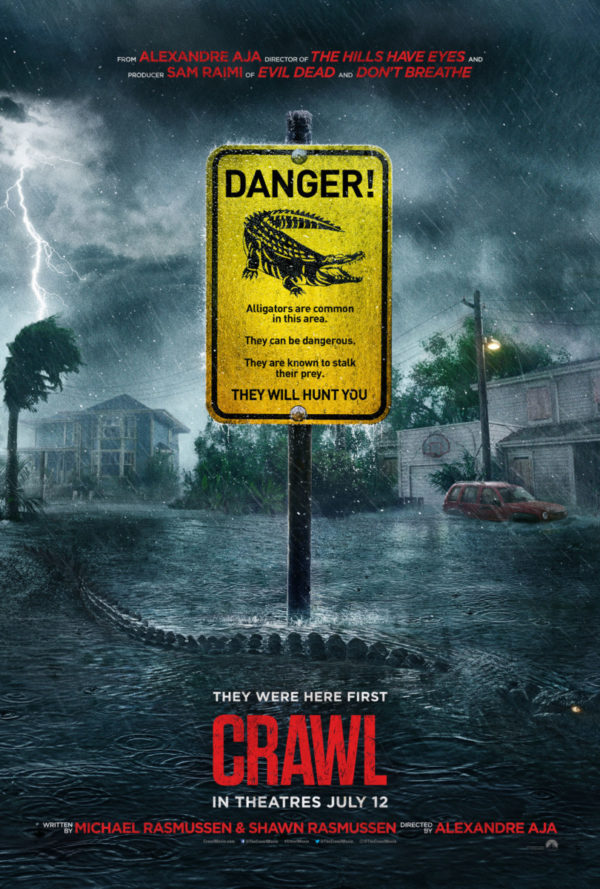 A young woman, while attempting to save her father during a Category 5 hurricane, finds herself trapped in a flooding house and must fight for her life against alligators. 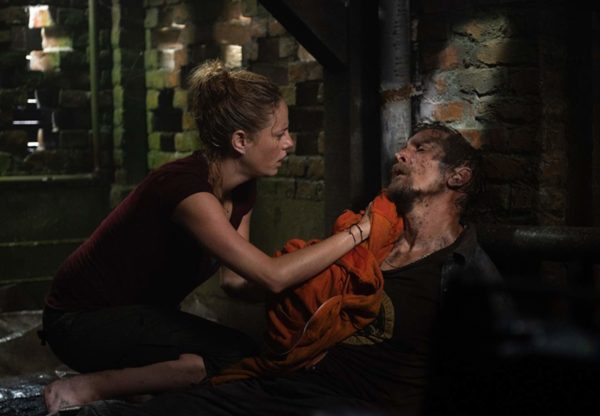 From the second Crawl (the latest horror flick from body dismemberment/gore filmmaking specialist Alexandre Aja, most known for directing The Hills Have Eyes) opens with a brief introduction to our heroine Haley (Kaya Scodelario, whose intensity, ability to deliver the occasional badass one-liner, and intestinal fortitude for survival are about the only thing the movie has going for it) at a Florida college swimming competition, it felt as if I was destined to loathe it. Intespliced with her second place finish defeat (by a fraction of a second) is childhood flashbacks illustrating the bond she once had with her father (played by Barry Pepper) and his influence on her recognizing her own talent. It also foreshadows quite a bit, namely that there will be some hokey father-daughter drama (courtesy of the script written by Michael and Shawn Rasmussen) and that Haley will have to dig down deep and realize her full potential by outmaneuvering and swimming faster than some killer alligators during the climax, likely after a cringe-worthy motivational speech from dad.

Crawl is not supposed to be high art and I realize it is intended to be schlocky bloody fun (not just because I’m familiar with the director, but also considering Sam Raimi is attached as a producer), but even B-movie genre pictures shouldn’t be this blatantly predictable and cheesy. I don’t want to have aspects of the ending of any movie figured out from watching the first two minutes, let alone something I’m watching for its ludicrous factor alone; this is the kind of movie that should surprise me, not telegraph a good chunk of its finale right from the start. 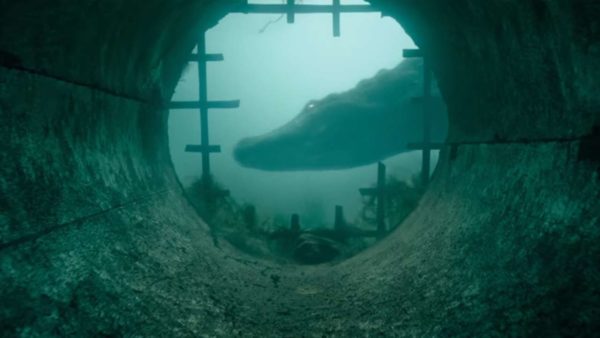 In all likelihood, this wouldn’t really matter if the first two thirds of Crawl were enjoyable, but instead we are treated to Haley’s thorough searches of two different homes looking for her father Dave (the Florida hurricane is getting out of control, he’s not answering his cell phone, he lives two hours away from his daughter, and apparently no other mutual contact is near the area to check up on him), one of which is an old home from back when her and her separated parents were all a family. And then prepare for equally tedious and boring basement searches still looking for her father.

The biggest problem is that even when the father and daughter reunite (and Dave is not in good condition), it’s just not frightening or thrilling. It doesn’t help that the cinematography tips you off on every jump scare as if they were actively trying to prepare audiences for one of the many alligators down in the basement (how they got there is explained and is just as nonsensical as one would expect) to strike. What this means is that for a good portion of the running time, the characters are simply trying to hide by using the layout of various pipes to their advantage. 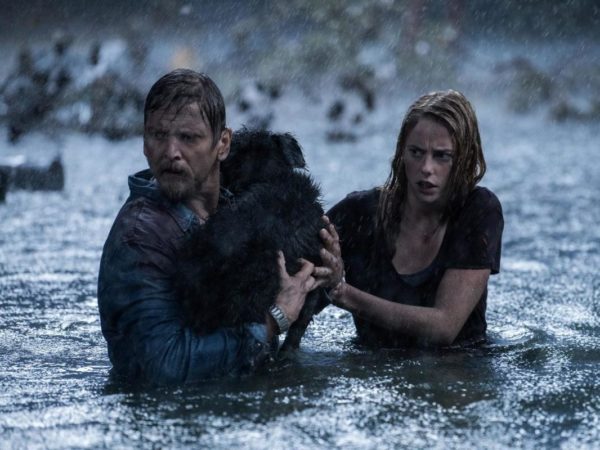 There does come a point where all-out chaos erupts (oddly enough, the moment came soon after I literally started rolling my eyes at the screen, desperately trying to understand why anyone thought an alligator home invasion demonstration needed family drama, and the kind that is not even convincingly delivered at that); it’s not just the characters that are free from this basement but the metaphorical playground Alexandre Aja has given himself with a hurricane flooding the streets and the entire house. It’s as if he himself is finally unshackled and coming up for air, using the final 30 minutes to actually make good on the premise. One of the most exciting, creative, and visually pleasant sequences doesn’t even involve the alligators, but rest assured whenever they do get to attack there is plenty of carnage.

The silver lining in the negatives is that Crawl does not even crack 90 minutes, so even the frustratingly boring parts that are absolutely not scary sort of pass you by without too much pain. Alexandre Aja also has enough sense to toss in a few comedic relief characters attempting to rob a nearby store with the assistance of a boat during the flooding, that as you can already probably suspect die terribly graphic deaths (there is a glorious overhead full-body dismemberment shot). It’s just a shame it also wants to function as two estranged family members making amends and re-bonding just as much as its silly but admittedly entertainingly attention-grabbing concept of hurricane alligators hunting on a killing spree. Maybe if it didn’t take its time crawling to the exciting segments, Crawl would be easier to recommend.