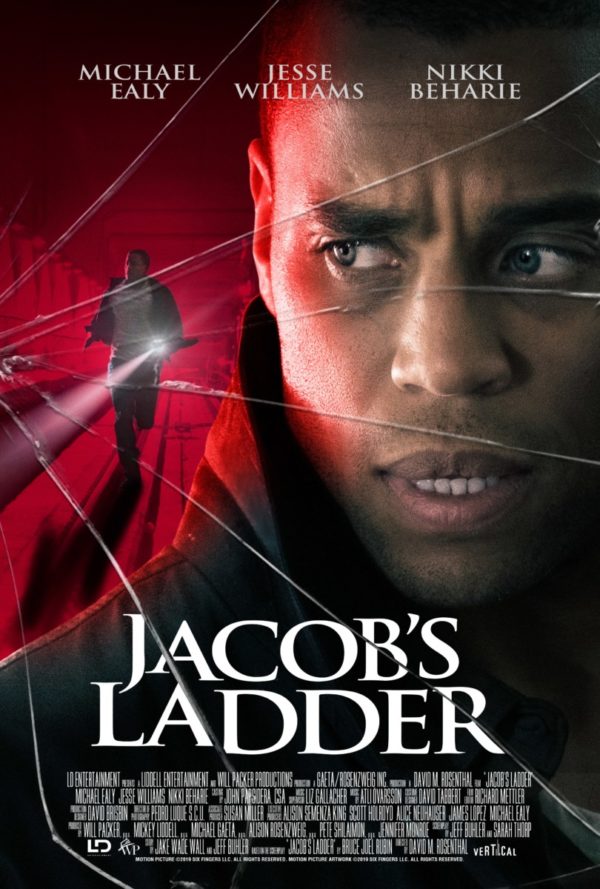 After returning home from the Vietnam War, veteran Jacob Singer struggles to maintain his sanity. Plagued by hallucinations and flashbacks, Singer rapidly falls apart as the world and people around him morph and twist into disturbing images.

To remake Jacob’s Ladder, putting myself in filmmaker shoes, is daunting beyond nightmares. Themes can be retrofitted onto modern skeletal representations of unresolved issues, no doubt. Post-Traumatic Stress Disorder and government failure of the common man ring more accurate than ever in today’s political climate. It’s more that Adrian Lyne’s 1990 thriller hinges on reveal after reveal as her subject jettisons farther from reality. David M. Rosenthal’s 2019 update challenges to shock us all over again, but can psychological horror distort and awe when audiences already know an ending that approaches?

For those familiar with Tim Robbins’ tumble into Hell, there’s not enough to keep from recalling a far more disorienting application of deterioration. Maybe newbie audiences will squirm, but even without knowing Jacob’s plight, Rosenthal’s psychotropic thriller is never as heady as “The Ladder” demands.

Jacob Singer (Michael Ealy) is an ex-military doctor who now works as a medical practitioner, staying faithful to veteran’s hospitals. His brother “Ike” (Jesse Williams) died on the operating table in Afghanistan, the memory still fresh in Jacob’s delusional thoughts. First hearing whispers, then seeing devilish hooded figures who eventually enter his family’s home. Ike suddenly appears alive as Jacob’s world inverts, stuck in the middle of a wartime drug conspiracy. Subway tunnel communes and injected hallucinogens blur to extremes as Jacob searches for answers. Can he save those he loves, as well as himself? 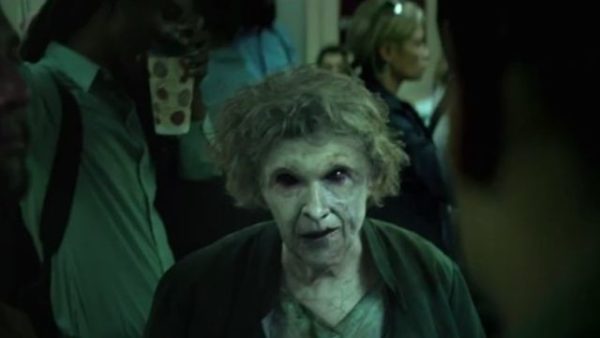 Where Robbins once contended with eyeless doctors and reptilian creatures, Ealy’s spiral (hint: forearm tattoo) favors elderly assassins and glitch-mob attackers (reminds of Unfriended: Dark Web). “Grounded” is the term that comes to mind, leaning on quarrels between Ike and Jacob as brothers grappling with homestyle comforts the other desires (Jacob’s wife played by Nicole Beharie). Ike once dated Jacob’s wife, and flashbacks to impromptu wedding reception speeches tease that feelings may still flicker. Hence how drama shifts from government coverups to a Single White Female scenario mixed with home invasion chills.

Rosenthal struggles to mix tone and temper, as Jacob investigates claims of forgotten soldiers who’re being hunted by a secret society. There’s a constant battle for importance as focus shifts from one subplot to the other (Jacob’s family/”The Ladder”), neither winning out in the end. Visual exploration only carries this grimly lit Atlanta breakdown so far given how haunts repetitively execute. Act III oddly outweighed by the density of preceding buildups. At only 90ish minutes, it takes *a lot* to sift through Jacob’s detective-on-the-hunt perils only to reach and experience a rapid climax. It’s unfulfilling in that we’re fed what’s expected, right before Run The Jewels slaps an uptempo end-credits score onto an otherwise dour-as-doomsday watch. One final choice that ponderously suggests Rosenthal pictures his update as an outrageous 90s thriller, while in reality, Rosenthal channels “gritty” late-2000s blandness.

Ealy and Williams serve societal horrors when rocked by the traumas of their militant pasts. One a doctor who still pictures his cut-open brother on the operating table during surgery, the other seizing and foaming at the mouth thanks to narcotic side-effects. Ealy caught between his snarling demons and dedication to a once-thought-deceased brother, trying to connect the dots completely alone. Williams drifting in-and-out of consciousness after treatment as an experimental subject thanks to systemic, on-the-books neglect. Both men pay respectful and pain-stricken homage to the real-life veterans whose condition relates, in a film that loses touch with the attempted story at hand.

Jacob’s Ladder differentiates itself as a sustainable remake should, but shies away from catastrophic dementia when “The Ladder” protocol kicks into gear. Far more interested in exploring “human monstrosities” only to fumble the heaviest notes of grief. Special effects distinction paints undead pictures we’ve seen before – faces blackened with shadowy, pulsating rage – never striking individuality. It’s a character study that doesn’t live up to the instability and terror Adrian Lyne once accomplished while failing this sorrowful parable. A reimagining that comes and goes, best appreciated by those without prior context into Jacob’s rung-by-run climb.