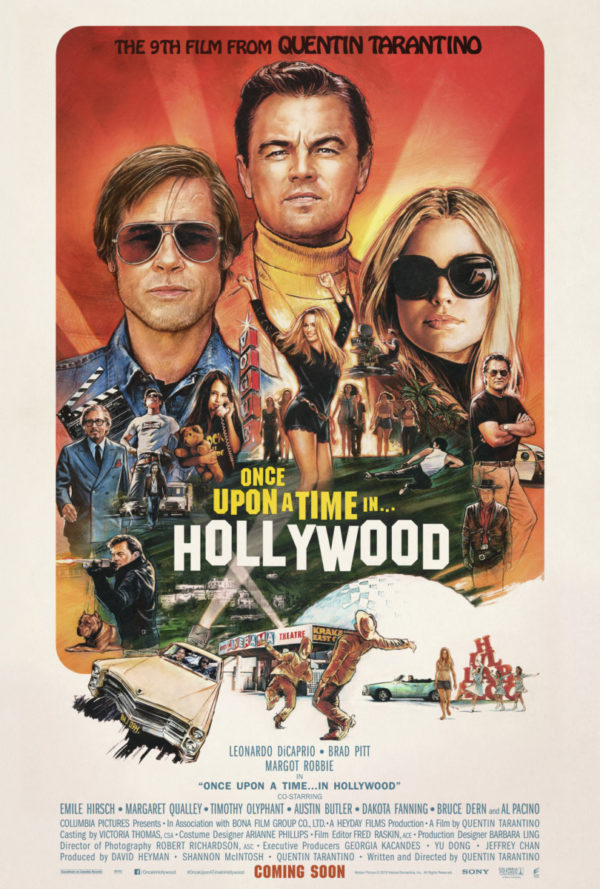 A faded television actor and his stunt double strive to achieve fame and success in the film industry during the final years of Hollywood’s Golden Age in 1969 Los Angeles.

In the spirit of subverting, by now, hotly anticipated expectations, Once Upon a Time … in Hollywood is the least violent film masterful writer and director Quentin Tarantino has ever made. It’s also the funniest, standing tall as a full-blown dramedy (at least until the final 15 minutes). The misdirections don’t stop there, as the gifted filmmaker is somehow able to take widely known tragic history and keep the viewer in the dark on just where this freewheeling slice of celebrity life is actually going.

Considering the involvement of Sharon Tate and the Manson family, we know the destination in a sense, but none of the details. Accounting for this and just how much Tarantino does double down on some of his usual touches (the foot fetish is out of control here), it really does feel like he consumes what critics and moviegoers alike say about his movies; he probably doesn’t care too much about what they say, yet minor influences and acknowledgments exist. Tarantino’s take on Star Trek may have the green light for now, but if Once Upon a Time … in Hollywood does wind up being his last film, he’s proven that he has far more tricks up his sleeve than wanton violence. He’s not that old, but this aging dog can apparently still teach himself new tricks while adhering to the idiosyncrasies that catapulted his popularity and reputation to debatable greatest of all-time director status. 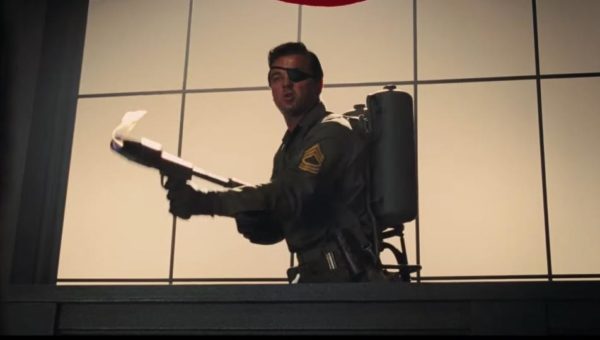 Leonardo DiCaprio and Brad Pitt portray late 1960s fictional characters Rick Dalton and Cliff Booth (although they are inspired by real people), the former being a fading Western television star desperately trying to break into the big picture business simultaneously fighting alcoholism. The latter is the stunt double, who has accepted his Hollywood career is over with far more grace than Rick, who is offered an alternative route into steady movie work by making Italian spaghetti Westerns, a genre that he views as beneath him. The best friends (in many ways, this is actually a touching story of friendship) find themselves living next door to Margot Robbie’s Sharon Tate, bringing an ethereal presence to the real-life actress and spouse of hotshot director Roman Polanski (who would go on to be exiled from America for crimes of pedophilia, which, for those of you that don’t know, is something you should keep in mind while experiencing this). 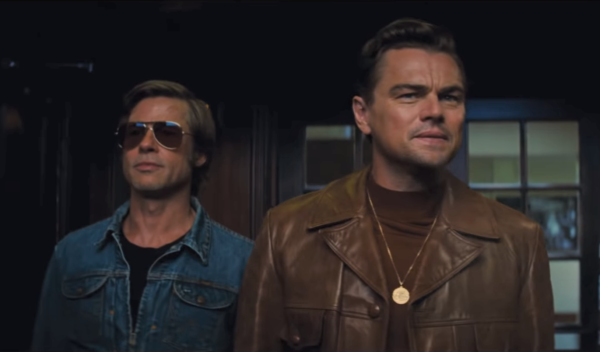 The set-up sort of implies bloodshed is inevitable, and it is, but the one thing people need to understand before sitting down to watch Once Upon a Time … in Hollywood is that Tarantino has more on his brilliantly deranged mind than whipping up a bloodbath between history and his own character creations. These people are not consistently interacting with one another, but we do get juxtapositions of what Hollywood stardom means to them. Rick Dalton craves the spotlight, fame, accolades, and to not be perceived as the punching bag pretty much all of his upcoming roles are going to be. It’s not entirely a parallel, but it’s not out of the question to ascribe many of these traits to Leonardo DiCaprio, who basically damn near killed himself making The Revenant to finally win the Academy Award he so obviously badly desired. He’s also a method actor through and through, which is hilariously made a topic of discussion during an exchange with a child actor on the set of a TV western set. Not only is this banter funny, but it also ends with a line that is a harsh dosage of reality to swallow alongside its comedic impact. 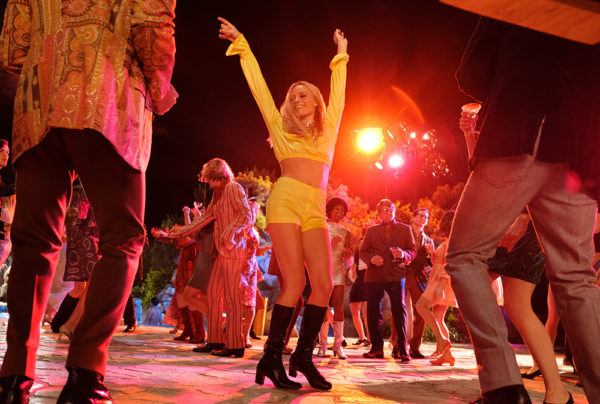 This is all contrasted by Margot Robbie as Sharon Tate, who is worthy of a Supporting Actress nomination (to be fair, all of the major performances are awards-worthy) regardless of how minimal her dialogue and screen time is (less can be more), angelically living life with a free spirit. Whether she’s dancing to some music (surprising no one, the soundtrack is another pleasant anachronistic combination of popular and lesser-known songs) or sitting in a theater surrounded by average people to watch herself play a self-described klutz, she’s happy. She doesn’t even get offended if a noncelebrity doesn’t recognize her, whereas Rick Dalton wants to be known by everyone. It eats him up inside that he’s living next door to the director of Rosemary’s Baby, so close within reach of potentially making it as a Hollywood star yet so distant. 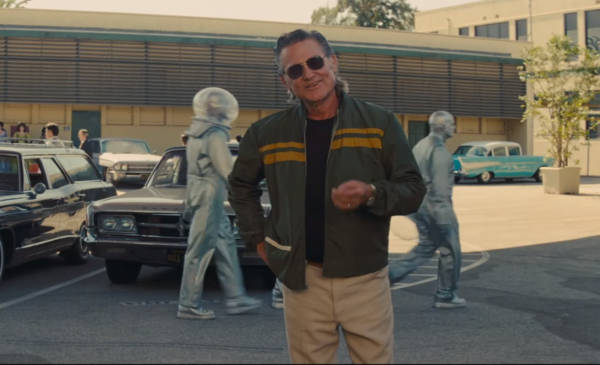 There’s also the usual experimental approach to the story, occasionally making fun detours so we can spend time with other characters. Cliff Booth and Bruce Lee get into a competitive brawl, the Playboy mansion bustles with energetic crowds and dazzling cinematography, car rides last longer than necessary so Tarantino can flaunt re-created landmarks and meticulously crafted production designs (and more classic tunes), one character is awkwardly given a controversial backstory that works better than it has any right to, and for a brief while the tone switches to something more sinister and unnerving down at the run down and trashy Manson cult infested ranch. Above all else, recently making a string of his own Westerns has left Tarantino with the urge to implement some of that here, as there are extended sequences (one or two might run along, although I understand that he is decidedly doing that to fully draw us into the segment so it doesn’t come across as something throwaway) of Rick Dalton filming Western television and even amusing cutaways to his failed movie career. Supposedly, Tarantino wrote entire episodes of everything that is fictional, so maybe one day he will make those if he really is done with movies. 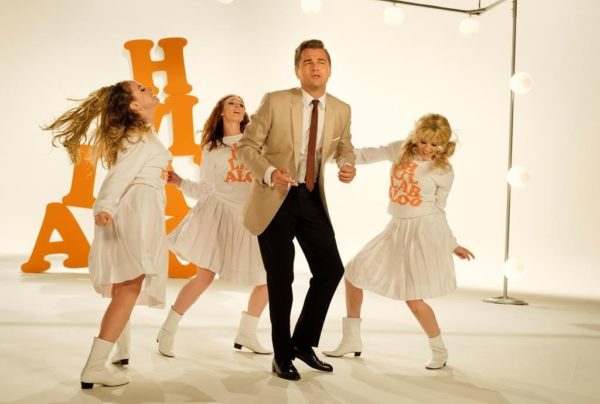 No one knows what’s next for Tarantino, but if there was ever a perfect project to close a storied career on, Once Upon a Time … in Hollywood is that movie. Films about the entertainment industry are always enlightening, but this is what happens when someone obsessed with cinema tries his hand at it. The trademark conversational dialogue is as strong as ever, here containing lessons on filmmaking craft and even Tarantino himself patting himself on the back for his own work (one character enthusiastically says “I love that shot”). Still, the masses are here to see how all of this collides with the horrific Manson murders (which I assure you is treated with respect and will most likely only offend people that have no idea how to just sit back and enjoy a movie), and Tarantino is evidently  aware by craftily using a TV personality exclaiming “and now, for what you’ve all been waiting for” right before shit hits the fan. As already mentioned, it’s unquestionably the least violent Tarantino movie, but what’s here is gruesomely satisfying. For those that love cinema, well, considering the plot dealing with fading popularity and father time (not to mention the leading stars themselves opening up winding down and how acting is a young man’s game), this could be perceived as Tarantino’s swansong and him leaving behind a goldmine of knowledge for the next generation of filmmakers.

If they ever want to make a movie half as good as Tarantino has ever made, they will study Once Upon a Time … in Hollywood ears wide open and eagle-eyed.