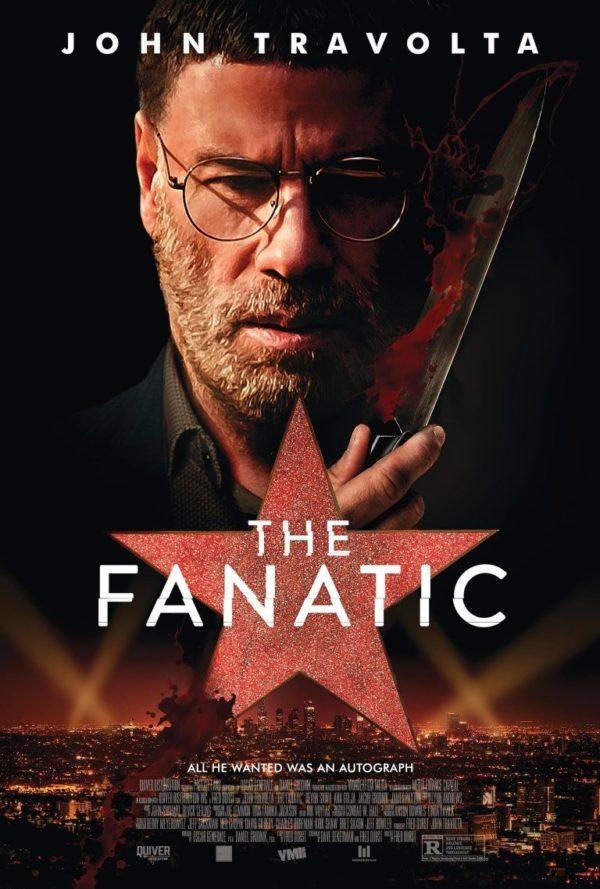 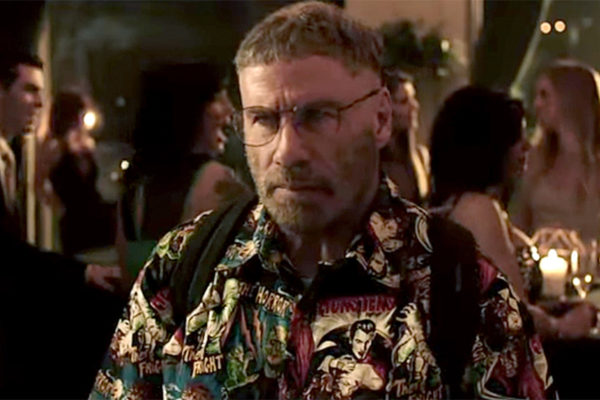 Full disclosure, I grew up religiously listening to Limp Bizkit, the angsty rock band of which The Fanatic‘s director fronts, Fred Durst (also serving as a co-writer alongside first-timer David Bekerman). This admission is relevant for two reasons: I fully admit I might have enjoyed this movie more than it might deserve just for the fun of seeing a key figure in my formative years making a film (this is actually his third feature film), and for someone that relatively keeps up with Fred Durst and his new music, I did not know of the apparently real-life events that inspired this movie. But that’s okay because in almost every spoken line and action from Moose (John Travolta going for broke as an obsessed celebrity sycophant slowly becoming a deranged stalker) is an undercurrent of reality and the sensation that Fred Durst is pulling from personal experiences. Some aspects simply feel so authentic that there is no way they can be anything but factual.

It’s easy to like, appreciate, and stand behind everything Fred Durst wants to say with The Fanatic. He’s clearly taking our years of frustration following whatever fan stalked him for an unhealthy extended period of time craving celebrity interaction. However, there are creative decisions here that feel unnecessary and ugly. Moose is clearly abnormal from the get-go; he stutters, he rocks back and forth, he is socially awkward, and he consistently gives off the vibe of someone autistic or maybe with Asperger’s. With that said, it’s difficult to shake that parts of The Fanatic are an invitation to laugh at such conditions. There is humor here, mainly thanks to John Travolta rolling with the unhinged portrayal, but it’s also icky. Then again, maybe Fred Durst is just trying to accurately paint the person he knew. In either scenario, the approach is slightly unforgivable considering the story would absolutely be effective and highly socially relevant even if Moose was a normal human being. 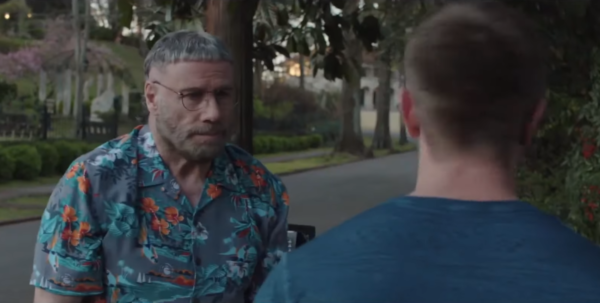 The Fanatic opens with a graphic quoting the fictional megastar Hunter Dunbar (Devon Sawa), proclaiming that without fans there is no celebrity. And this is true; the narrative actually goes out of its way to paint the actor Moose is obsessing over as a dirtbag that could treat his supporters better. The initial incident that sets off a chain reaction of escalating privacy invasion is one where both participants in the interaction are at fault; Hunter doesn’t really have a legitimate reason for bailing on the autograph signing halfway through, but Moose’s compulsive personality can’t help him from marching out the back door of the small and compact memorabilia store to make a scene about getting his items signed.

Anyone with a lick of common sense would come to the conclusion that their idol is a jerk and move on. Moose is unable to stick up for himself, as evident from being bullied and persuaded to steal money from tourists by street performing illusion artists claiming to be his friend. He also knows a TMZ type photographer named Leah that is empathetic towards his behavior but doesn’t exactly make the best decisions are self (why on earth would you turn this man onto an app intended to locate the homes of celebrities). In a twisted way, his pursuit of the autograph takes on a misguided way of fighting back abuse by taking it out either in the wrong ways or on the wrong people. 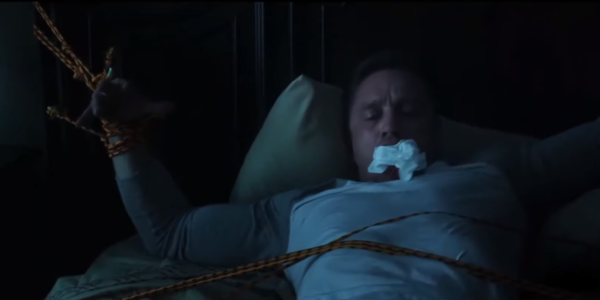 The trajectory of The Fanatic should be fairly obvious to anyone thinking about watching it; Moose enters the home of Hunter and things get out of control. It morphs into everything you would expect from a thriller by Fred Durst, complete with punk rock artwork breaking up scenes, the music of Limp Bizkit shamelessly promoted (it is so in-your-face it’s a miracle no one grabs a weapon and starts quoting the song Break Stuff), references to his own favorite movies, and a maniacal ending. It’s amateurishly crafted (some scenes are poorly lit, the transitional editing is jarring relying too much on Los Angeles overhead shots, the narration is out of place), the bullying subplot doesn’t come together, and some plot developments are forgotten about entirely for convenience (a character dies halfway through the movie, and how no one finds out about it for so long is beyond comprehension), but Fred Durst genuinely knows what he’s doing with his actors and the morals of the story. John Travolta alone carries this to being watchable, even if the performance does go overboard on quirks.