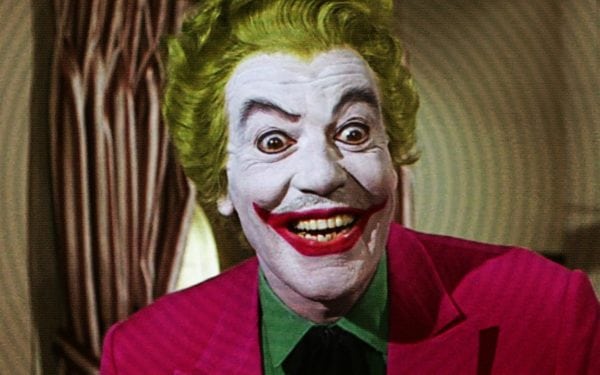 While the 1960’s Batman TV series is very much a television show of its time, Cesar Romero’s performance as The Joker is nothing short of iconic, setting a standard for all others to follow as the Crown Prince of Crime.

Romero’s high camp mannerisms brought the character to life on screen in a way that audiences had never seen before, and while the show lacked the gritty undertones that have become a signature element of the franchise over the decades, Romero’s iconic laugh is still enough to send a shiver down the spine of fans.

Despite his age when he took the role, Romero really established the blue print for the character, and he is still a key inspiration for anybody looking to don the iconic face-paint over 50 years later. 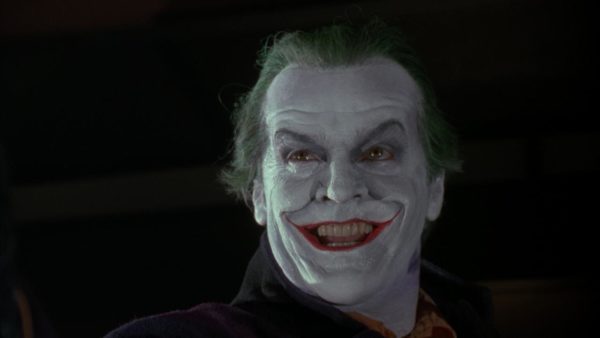 In many ways, Tim Burton’s 1989 adaptation of Batman established the template for all modern day superhero movies. One of the most important aspects of any comic book movie is getting the villain right, and there are few finer examples of that than the casting of Jack Nicholson as The Joker.

Nicholson has always been the best there is when it comes to playing maniacal unhinged characters, and The Joker effectively gave him the free reign to do whatever he liked.

His performance is nothing short of iconic, and his ‘have you ever danced with the devil in the pale moonlight?’ monologue is still one of the most chilling delivered by an on-screen comic book villain.

This was the first time the twisted relationship between Batman and The Joker felt like it was really explored in a live-action adaptation, and both Nicholson and Michael Keaton as the eponymous hero brought their A-game. 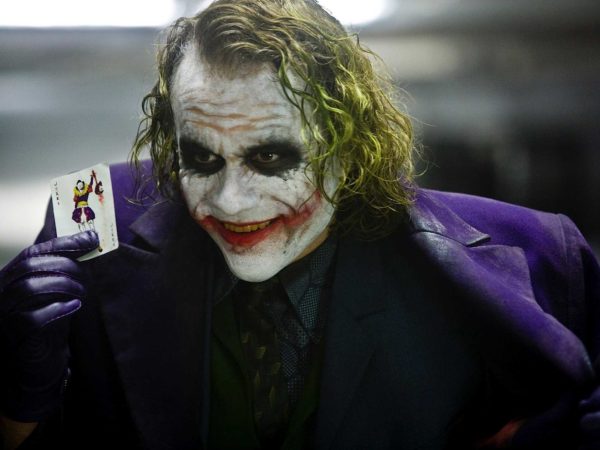 To date, Heath Ledger’s performance as The Joker is the only comic book movie role to win an Academy Award, such was the power of his performance.

Released six months after the actor’s tragic death, Ledger’s take on The Joker became instantly iconic, and it is still impossible to visit any sort of pop culture event or shop and not see T-shirts or cups with his famous ‘You wanna know how I got these scars?’ line written on them.

Perhaps more so than any of The Jokers that came before him, Ledger’s Joker had a real sense of mystery about him. He was a tortured soul, one hell bent on causing nothing but absolute carnage. There are few things as frightening as a villain who has absolutely nothing to lose, and no-one seemed to understand that better than Ledger, whose preparation for the role is the stuff of Hollywood legend.

A decade after The Dark Knight was released, this is still the standard that every version of The Joker, and every comic book villain, is measured up against.

How would you rank the various big screen Jokers? And what are your thoughts so far on Joaquin Phoenix’s version, based on what little we’ve seen? Let us know in the comments below…

A version of this article was first posted in September 2018.