Indie developer EpiXR Games has announced that their retro inspired tank shooting game, Tanky Tanks, will be arriving on Steam on 30th August.  This intense shooter will pit players against increasingly powerful enemies.  Check out the trailer below for a taste of the gameplay… 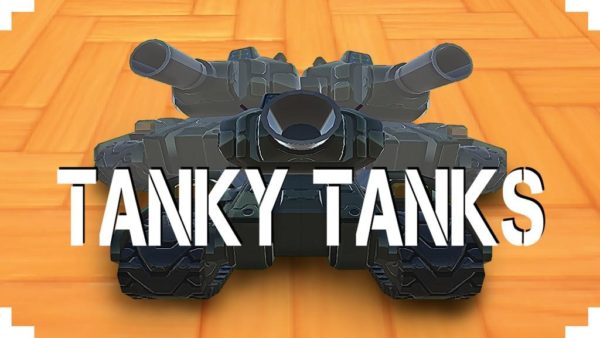 This simple, yet action packed title will see players take on the might of the enemy tanks by mastering controlling both turret and tank.  With a deceptively difficult mission of staying alive, players will have to avoid incoming missiles and destroy the tanks on each level until they can take on the enemy leader.

The game features a single player campaign for those who like to go solo, a versus mode for up to 4 players and for those who like to play with a friend, a two player co-op mode.  Tanky Tanks contains 6 game modes, Normal, Hard, Bomb, Invisible, Speed and Perspective, and each provides their own unique challenges.  In Hard mode there are less bullets but stronger enemies, Bomb mode requires tanks to be destroyed by bombs only, Invisible will make the enemies exactly that, Speed mode speeds up the action and Perspective mode provides a very unique perspective of the battlefield.

Tanky Tanks will be an ideal title for fans of retro games and newcomers alike and will release on Steam 30th August.