Even from my own point of view, I’ve found in my experience dealing vicariously through producers with distributors and sales agents, that flavour of the month is key. Just the other day a script I wrote featuring Cyborgs that was delayed and put on the back burner has come back into play. I’d happened to mention off hand to a producer that Terminator 6 being due out would probably see interest rekindle in the script. After they mentioned off hand to the distributor, this has indeed been the case, and we are looking a-go. It can happen this way, like the flick of a switch. These distributors are the gateway to the shopping basket. If they’re keen, it means you’ll have keen investors. From seeing things through the production side of the fence I’ve seen producers, writers and directors get hammered for having silly rip off titles, but often they’re the last person to get a say in it, and ultimately, if you want your film to sell well, and lead onto doing more, you have to settle with whatever retitling is put forward. As Proportion found recently with their upcoming release, Pet Graveyard (a title spin on the upcoming Pet Sematary remake, but in actuality bearing more resemblance to Flatliners and original title The Reaper). As Jeffrey puts it, ‘We got a lot of horrid comments about The Bad Nun due to its title… Well, we originally called it The Watcher. The biggest thing is, no one has a gun to anyone’s head, no one is being forced to watch anything.’ 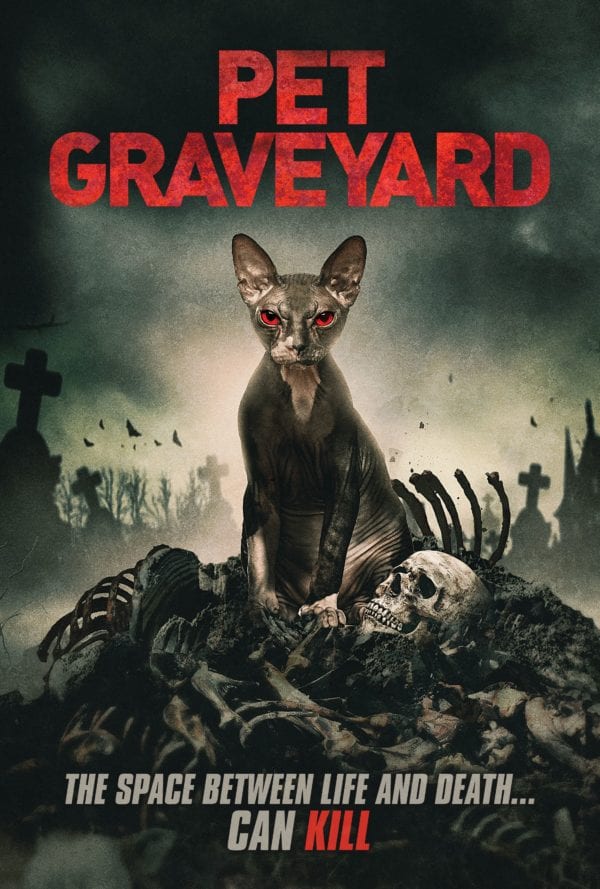 There may be an air of exploitation in the marketing of many of these films. Do people genuinely mistake what they’re buying for the big budget equivalent? Probably not, or very rarely. Though there were some very contentiously art-worked spins on Disney films on DVD last year, with near identical art and titles which could conceivably (and did) fool people into thinking they were buying the Disney version (The Little Mermaid for one). Still, this slightly cynical, calculated approach isn’t merely evident among the low budget video premieres, or mockbusters. This is a general tactic from the big boys right down to the guys swinging below, trying to punch above their weight. Marketing is do or die and if that means miss-selling, bordering on lying, then so be it. Whether it’s artwork unreflective of what’s in the film, artwork that mirrors bigger films, or trailers which sell the films as something different (in the case of some films, it ended up negatively affecting the lasting performance, for example the slow burning psychological film, It Comes At Night, marketed like a gruesome, post-apocalyptic horror).

Making films myself, even shorts, I came to an epiphany that ultimately changed the way I reviewed films. That’s not to say I won’t offer a negative critique giving my honest opinion, I always will but I’ll always acknowledge, no matter how slipshod or haphazard, that they got the film made, because believe me, for every film on the shelves, there are hundreds that got close but never quite got there, and below them, thousands that never got off the ground at all. I’ve had countless films on the verge of being made which fell through. Producers couldn’t find funding etc, etc. Or in the case of indie shorts, occasionally people just lose interest in making it, or don’t have the follow-through or determination. This lead me into producing myself as a means to an end. It’s the same for Jeffrey, Steeds and many more indie film-makers. Sometimes taking the reigns is the way to make up for all those fallen films, and if they still don’t happen you only have yourself to blame. So no matter if I may find a film terrible. Its existence, through a collaboration of dozens, hundreds, more, people is something to praise.

Producing films on these wafer thin budgets is challenging and in those initial films you are out to prove you can create marketable products. Competition has never been fiercer, driving down budgets as the shared movie making wealth becomes thinly spread. The fact anyone can make a feature for less than 20 thousand bucks is astonishing, but it happens and they get distributed into your local HMV, or supermarket or online. The challenge is to stand out. 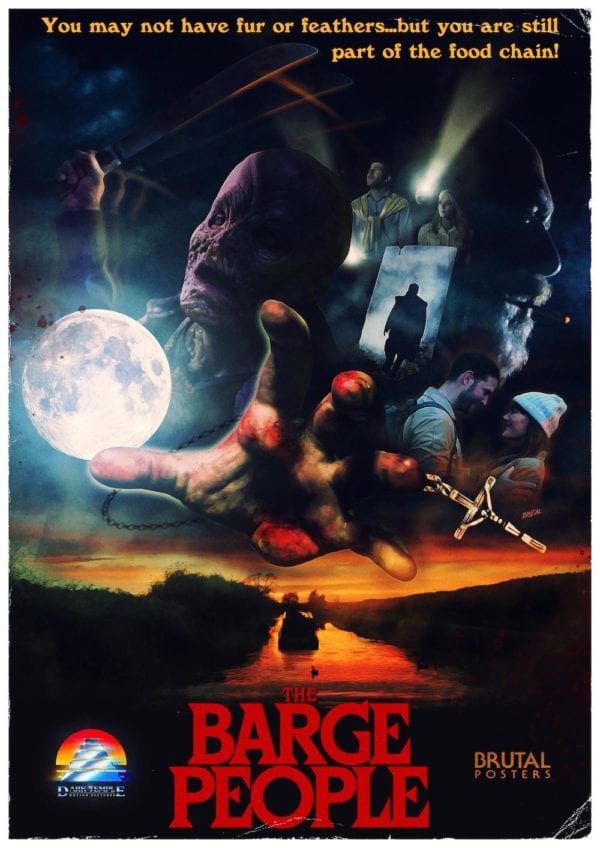 I would guess in the upcoming new decade there will be a crossroads. Avenues will soon close off. There has been a certain open distribution freedom, in part to account for gargantuan numbers of film-makers creating movies for virtually nothing. Self-distribution was an option for everyone. Physical media distribution is a little harder to acquire, and with the format itself on the decline, as well as HMV close to the end (additionally I’ve noticed many supermarket DVD/Blu-ray aisles shrinking from 1-2 aisles to a couple of blocks). The challenge for Proportion or Dark Temple Pictures and all the rest, is to fight for distribution where doors will begin closing. It could mean even smaller budgets, or the need to gamble on more money film by film (and one failure could cause everything to fall). It’s a tough racket, and where it was beginning to open, it’s going to tighten. Even through streaming, where the overlords are beginning to get more stringent (the Amazon cull in particular), what may have been sure-fire a couple of years back, may not get the greenlight after 2020.

Time will tell, but this new breed of mavericks, existing in the wake of the legends, or the more recent companies like Asylum, in creating niche entertainment are ready to fight. For myself, as a screenwriter with a few straight to video specials due in the next year and a bit I have to enjoy the feeling of stepping into a shop and picking my film up, before that door shuts. People may assume companies like Asylum aren’t ambitious, that producers of these low budget films don’t care. This really isn’t the case. They have a goal, targets, and through the constraints try to deliver and they have the passion and that touch of insanity required to make movies in the first place. Ultimately, if you’re the kind of person that digs Sharknado and the like, then you’ll get what you came for. If you’re expecting Jaws, you won’t. But this, to an extent, goes right back to Corman, regularly slated for being a B movie peddler. To his fans though, he was an artist. His mentality, how he worked, can still be seen from the modern maverick, even as methods have changed.

I’ll sign off with a final salute to the B to Z of movies. From the golden era Poe-inspired B pictures, to the video nasties, to the digital age of mockbusters and cheapo creature features. Away from the cineplexes, and the mainstream, and away from critical acceptance, these offer low budget horror fans what they want. Sometimes it’s something ridiculous. Sometimes, they might just surprise you with the sublimely ridiculous.

SEE ALSO: The B to Z of Movies: The Independent Mavericks, and a Lasting Legacy