Luke Owen sits down with The Transformers: The Movie director Nelson Shin, composer Vince DiCola and “The Touch” singer Stan Bush to find out how the movie got made… In 1980, Takara Toys launched a series of action figures named Daiakuron (Diaclone), transforming vehicles and robots which were piloted by another of their toylines Mikuroman (Microman). The Microman series was ported over to the United States by toy manufacturer Hasbro, who were looking to reactive their G.I. Joe trademark and wanted to repurpose the Japanese toy for American children. Following the success of Kenner’s Star Wars action figures and Mego’s Micronaughts, Hasbro wanted to ditch the 1970s 12-inch dolls and replace them with 3 ¾ inch figures, retitled G.I. Joe: A Real American Hero. Following a successful re-launch, Hasbro imported Diaclone and rebranded them The Transformers along with the help of Marvel Comics editor-in-chief Jim Shooter, comic book writer Dennis O’Neil and eventually editor Bob Budiansky.

In 1984, the U.S government reduced the restrictions on companies using product placement in TV shows, which allowed for Hasbro to launch a three-pronged attack on American youth for G.I. Joe: A Real American Hero in the form of action figures, comics and a Saturday morning cartoon series. An instant success, Hasbro replicated the formula with The Transformers.

First airing on September 17th 1984, The Transformers was an instant hit and captured the imaginations of kids around the world who followed the war between the heroic Autobots and the villainous Decepticons. “In the beginning, even before planning to do pre-production, executive producers of Hasbro Toy Co., Griffin & Bacal and Marvel Productions mostly concerned if American children wouldn’t watch Japanese-styled robot TV show,” the show’s producer Nelson Shin recalls. “So they decided to try only three TV mini-series animations called Day 1, 2 and 3 episodes in order to get reactions from children. The three episodes were done quickly and aired on TV. The result was really great and successful that we could continue to work until reaching one hundred and thirteen episodes which was half an hour TV shows.” 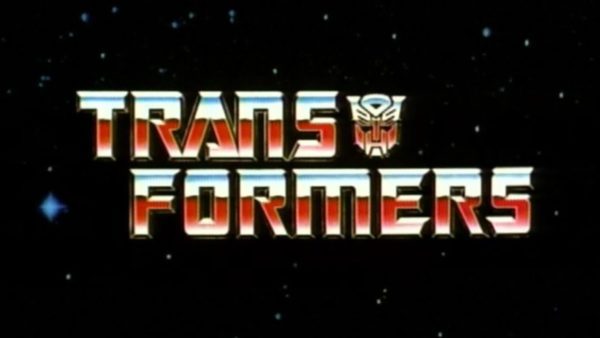 Korean-born Shin had previously been working for DePatie-Freleng Enterprises until 1979, when he moved over to Marvel Production Ltd as a concept artist before earning the role of producer. “In 1980s, Hollywood animation industry wasn’t easy to find a line producers who knew the whole procedure of animation production,” he says. “Our company, Marvel Production, maybe had been trustworthy to my ten-years of career in commercial film producing experiences. They assigned me as a supervising producer for the Transformers TV series project.” Although spirits were high for The Transformers in terms of success, Shin argues that they never anticipated how quickly the show would take off. “In any case, it is not good for over expectation,” he jokes. “Animation should have humour in each scene, which is different from the live action film, and the humour comes from actions of characters. The animation moves should be exaggerating, but each move in a scene should most efficiently be expressed in accordance with its storytelling. In fact, I tried to absorb shocks in the scene such as not shooting laser to the characters or as making robots act like a human. I did not put as much explosions as Japanese style and never killed robots. I tried to maintain this way in the TV series as well as the movie and I think that American audiences might enjoy the less violent typed American version of robots. American animations try not to provoke emotions and not to give shocks for children. They encourage right things with pleasantly telling the story. And what I tried to do is the same thing.”

Before the first season had finished airing in the States, Hasbro began plans for expanding their Transformers franchise with a big screen adventure. First up to take a stab at the script was Flint Dille, who had worked on the cartoon series as an associate producer and script editor, though sadly his script wasn’t used and no known copy can be found anywhere. “I’d give my eye, teeth, well, maybe not teeth, but I would love to find that script,” Dille jokes. “Nobody seems to have one.” Dille’s script, titled Transformers: The Secrets of Cybertron, was for Optimus Prime to go on a journey into Cybertron and discover the true origins of the Transformers. The secret, it is revealed in the third act, is that Cybertron is a Transformer itself, and uses the Matrix of Leadership to transform itself to face off against the planet-sized Transformer Unicron who is a weapon of a group called The Quintessons. “It was pretty wild,” Dille says of his script. “A certain amount of it found its way into the movie and the third Season [of The Transformers], but some of it – like Cybertron transforming and being Unicron’s brother, if robots can be brothers – never found its way back in. We had a wild charge of the light brigade that wiped out most of the ’85 toy line and a whole new understanding of the Matrix – it literally was the key to Cybertron. A lot of fun stuff. No, [I] don’t have the script. Would love to find it or do it as a graphic novel for geek thrills, but unless I open the right box in storage and it falls out, it’s an object of myth and legend now.”

Though Transformers: The Secrets of Cybertron was not to be used by Hasbro and Marvel, certain aspects of his story would carry over into Ron Friedman’s draft simply titled The Transformers: The Movie – although the writer claims to have never read Dille’s script. “I know nothing about that,” he says of Transformers: The Secrets of Cybertron. “I knew Flint momentarily. Those that did the strip shows and I never spoke to each other. I did what I did and after I was doing it successfully I think some resentment set in. I don’t know Flint and I don’t know what he did. All I know is there were only two scripts for the feature and I was paid by Hasbro to write both of them.” Friedman also claims that Unicron and The Quintessons were also created by him, and didn’t come from another source [Note: Dille isn’t sure either, but attributes Unicron’s creation to producer Joe Bacal]. “I wanted to create a large-scale force, which would force the Autobots and Decepticons to join together,” Friedman says of Unicron, whose planet form is called Ingestor in the script. “I needed something that was like the guy from out of town who shows up at the dinner, fucks the hostess, steals the cake, robs the minister, and vanishes with two kids, a donkey, and a car. “Dramatically this is always a good device but it’s difficult to create one that will unify competing forces. This was done in the last Thor. I looked for something on the same scale of the endless Autobot/Decepticon war.”