The CW’s upcoming Crisis on Infinite Earths crossover event in the Arrowverse is constantly expanding its roster to cover a vast amount of the DC multiverse, and now Danny Trejo has expressed in reprising his role from The Flash if he is called upon. 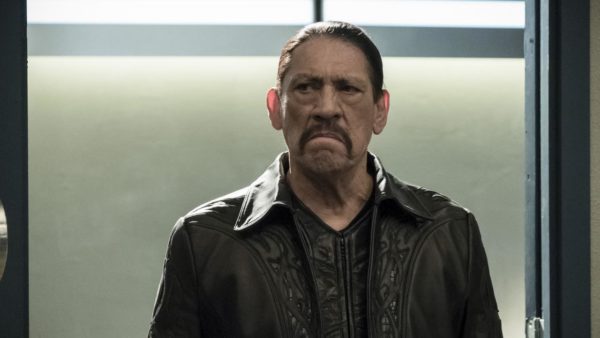 In a recent interview with Inverse, Trejo discussed his time on The Flash and whether he would potentially reprise his role as Breacher in the upcoming crossover event. Trejo stated:

“Yeah! The Flash! That is so much fun. They are so cool. Anytime you walk into a sitcom, everybody is family and look at me like an outsider. But they [The Flash] pull you in and all of a sudden you’re just family. They make you family. I’ll be doing The Flash more. TV is great, but it’s an everyday job.”

When Trejo was asked about being a part of the Crisis on Infinite Earths crossover that is happening soon, he simply stated, “If they call me, I’m there.”

Trejo’s Breacher was introduced in The Flash as a multiverse bounty hunter from Earth-19, who gets brought into Earth-1 when Cisco Ramon dates his daughter Gypsy until the characters retirement on Earth-47. However, if there was ever a time for Trejo to make a cameo, there would be no better place than the upcoming crossover event.

Would you like to see Danny Trejo reprise his role as Breacher? Are you looking forward to the Crisis on Infinite Earths event? Let us know in the comments below or tweet us @flickeringmyth…