Eaglemoss Hero Collector has announced that at this years New York Comic-Con (NYCC), running between 3rd – 6th October 2019, they have partnered with IDW Publishing and will be debuting their first-ever exclusive variant comic book cover for Star Trek: Year Five #6. 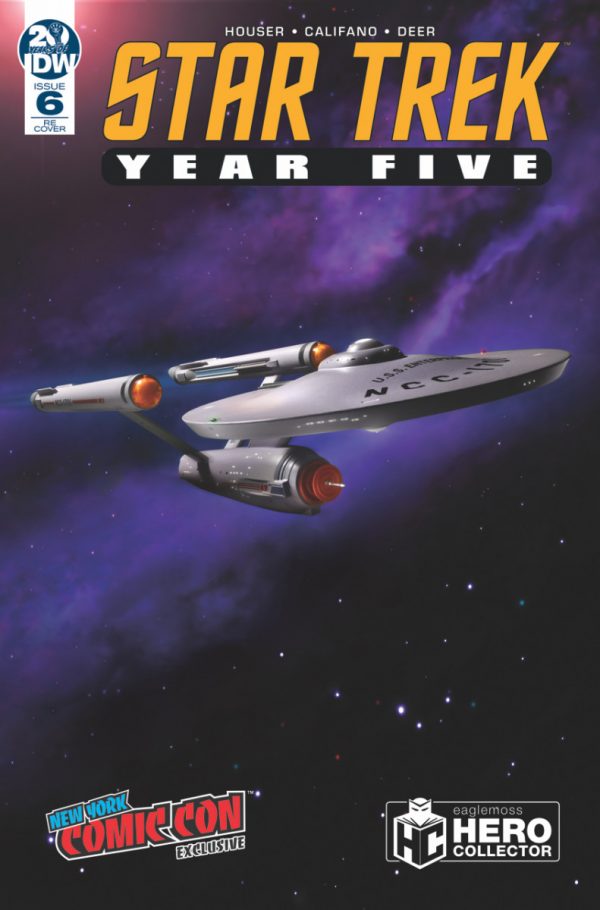 “We’re big fans of what Jackson Lanzing, Collin Kelly, Jody Houser and the team are doing on Star Trek: Year Five, so it made sense to do our first ever exclusive cover with our friends at IDW as part of this epic run,” said Chris Thompson, Brand Manager, Hero Collector. “Our ships look impressive at the best of times, but on the cover of a comic they really pop! It’s so exciting to make this happen.”

“I’m consistently amazed by the level of detail and authenticity Eaglemoss Hero Collector brings to each one of their ships,” added Chase Marotz, IDW’s Star Trek Editor. “Getting to collaborate with them on this exclusive cover for our Year Five series has been fantastic, and I’m excited about the possibility of working even closer together in the future.”

More details about the company’s plans for Star Trek and beyond will be revealed at the Hero Collector panel on Thursday, 3rd October from 11am-12 noon in Room 1B03.