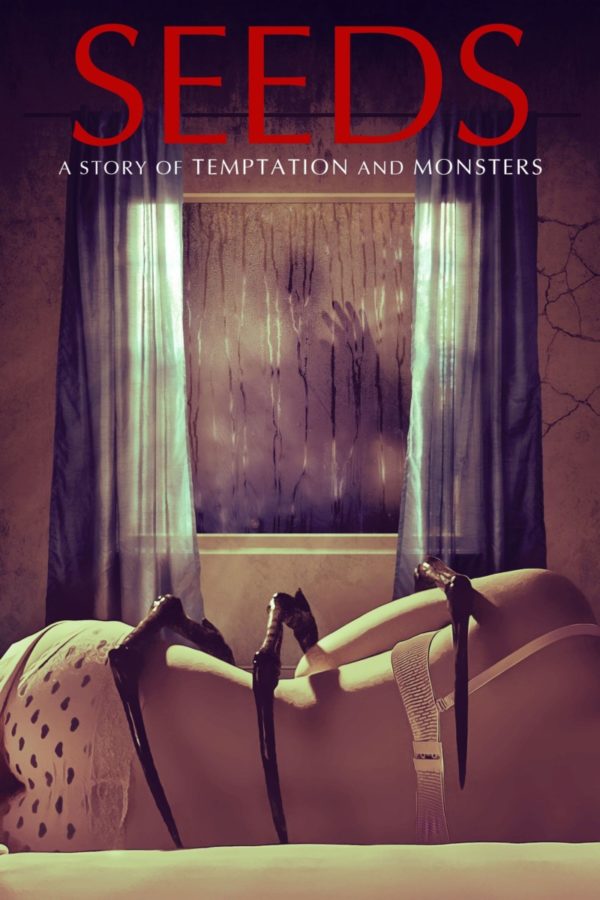 When his increasingly depraved behavior spirals out of control, Marcus retreats to his family home along the New England coast. But instead of finding solace, Marcus is haunted by his darkest fears and deepest desires. 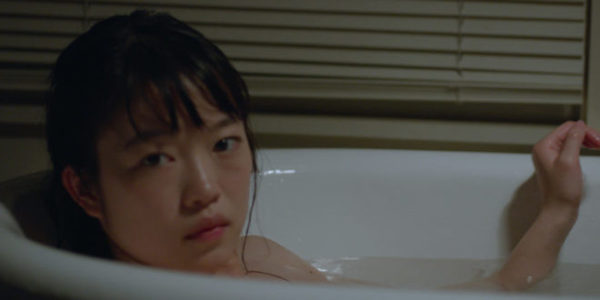 Seeds is one creator’s cringetastic satiation of drool-per-minute “Lolita” delusions. From introductory “moth play” intimacy – yes, a naked female dressed in wings and a moth mask frolics for her companion – to an ending torn from Playboy’s underage interfamily fanfic mailbag, Owen Long’s debut is as tone-deaf-skeevy as they come. A plotline that begs the question “why” too many times in terms of inception (better not to know answers). Masturbatory filmmaking under the guise of taboo romanticism and “dangerous” relations – and quite possibly the year’s least excusable cinematic experience.

Trevor Long stars as Marcus Milton, a reclusive madman with secrets and skeletons. After a motel meetup gets out of hand, Marcus retreats to his family’s New England coastal hideaway. That’s when brother Michael (Chris McGarry) shows up with his daughter Lily (Andrea Chan) and son Spencer (Garr Long), requiring a babysitter while his marital problems are addressed. Marcus reassures his sibling he’ll watch the children, to take his time, but Lily tests her uncle’s wills by seducing him over and over. There’s also a tentacle monster/giant insect that acts as a manifestation of Marcus’ monster within, which also gets handsy with Lily? Oh, Marcus, how will your fragile inhibitions keep you from shtupping family!

Before grilling the predatory indulgence that is Seed, let’s start basic: total drabness. Marcus’ initial bedroom romp with his insectoid mistress ends in murder (I think?), which brings about a wannabe Ben Mendelsohn dealer holding unmarked pills. Do we assume these are to keep Marcus’ monster from lashing out – a crustacean found in a girl’s seashell? This is all within the film’s first few scenes, before eighty(ish) minutes of Lily’s insatiable advances towards her mediocre male snack. We’re supposed to infer that Marcus’ tag-along lifeform wants him to succumb to Lily’s nubile attraction. Explicit eroticism sans tension through endlessly overt leers, oggles, and such “commendable” restraint when not fucking your niece.

Owen Long’s inability to construct any reasonable thrills or justified exploitation when handling Marcus and Lily’s one-step-away-from-softcore inappropriateness renders Seeds unwatchable. What commentary is there to reward? The way Lily hungrily throws herself at Marcus is mined from some deep-dive subreddit forum titled “Why Can’t Uncles Fuck Their Nieces.” Such a shallow display of male fantasy as Marcus makes soda floats for Lily, wiping away traces of whipped cream from her mouth with suggestive affection. “It’s rainy, let’s play like when I was a kid!” Cut to Lily trapping Marcus in a closet for some heavy-breathing eye lockage, lips caressing one another for what reason I cannot tell you. This is an uncomfortably unfounded wet dream masquerading as a monster movie, galvanizing a problematic white knight as a savior catalyst for true love.

Fuck, and I cannot stress this emphasis enough, that.

Seeds repeatedly discards cinematic integrity to compromise Lily’s hormonal morality. Insects play a recurring theme, never elucidated well enough to distract from Lily’s bone-crazy desires. Cinematography is often static and empty, except when ensuring Lily’s nude flesh is exposed. You can see Long is distracted by the former given how Marcus’ sidekick flips between wriggly octopus-like legs and arachnid appendages, as if CGI couldn’t match practical pincers. Similarly when infected veins crawl up Marcus’ abdomen, grubs wriggling out his mouth, as a poor representing of the thoughts within Long’s “misunderstood” and toxic host. Marcus is an incompetently written character who we’re supposed to derive empathy from during his paranoid journey from killer to familial martyr, deserving no introspection.

Seeds projects itself with the egotism of a nationwide bestseller, framed with literary cliches torn from book pages, but wouldn’t even cut it on a supermarket discount soccer-mom rack. Even with Lily’s schoolgirl teasing, Long massages a rather boring creatures-and-hormones “chiller.” Marcus, this supposed psychopath, is about as convincing as Ted Bundy played by Ned Flanders. Lily’s objectification and infatuation such a stone-emotionless lockerroom daydream that’s hard to swallow. A character here and there enter Marcus’ home only to be killed, but even these intercut deaths leave hands scratching heads because nothing wraps neatly. Man snaps, man cares for family, family thirsts for man’s touch, man embraces epiphany. Hi, yes – table for two, party of “NOPE!” 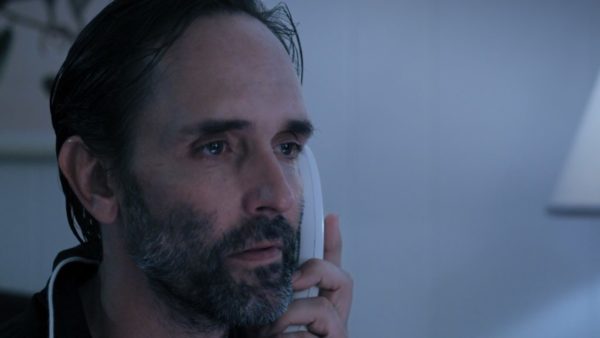 Forbidden love? Metaphorical monsters? What’s it all for? Seeds answers no questions, and – please don’t underestimate my hyperbole – is one of the illest conceived motion pictures this critic has ever endured. A character study that offers no depth. Creature representation as a thoughtless additive. On-the-nose Metamorphosis notes underline an utterly detestable analysis of one man’s reoccurring habits, breaking the cycle, and some of the worst will-they-won’t-they dynamics imaginable. Argue that everything is in Marcus’ head, corrupted by his “darkest fears and deepest desires,” and we’re still faced with the reality that Owen Long delivers ninety minutes of Skinemax fetishism I’ve seen executed more convincingly between blurry pay-per-view fuzziness. I don’t know what I watched, I don’t know why I watched it, but sure, Seeds exists for those lusting over relatives who so desperately need to witness their heartbreak put to screen.