Rugby fans who have pre-ordered Rugby 20 are now able to take part in the first closed beta phase.  The phase will run until 17th October with the second phase starting immediately after until November, a third phase is planed and details will be announced at a later date.   BigBen an Eko Software have also released a new trailer which can be seen below… 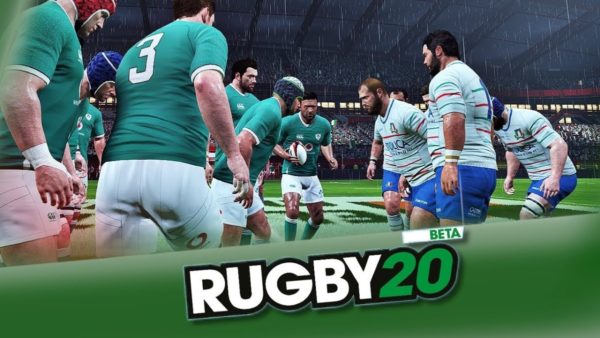 Rugby 20 puts the emphasis on simulation and allows players to experience all aspects of modern day rugby.  Players will be able to try out many aspects of the sport, including making tactical changes during matches, attacking pods, passing after contact and set plays.

A reworked AI will bring more realistic clashes on the field and motion-captured animations and improved player models will give players a much improved game experience.  There are also a number of new features such as multiple set-play options during different passages of play.

The content available in this first closed beta phase includes: