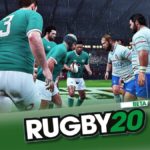 Rugby fans who have pre-ordered Rugby 20 are now able to take part in the first closed beta phase.  The phase will run until 17th October with the second phase starting immediately after until November, a third phase is planed and details will be announced at a later date.   BigBen an Eko Software have also […]