During Playstation’s latest State of Play, Sony revealed plenty of news regarding Naughty Dog’s highly anticipated The Last of Us Part II, including the trailer and various collector’s editions for players. The biggest news though is fans won’t have to wait too much longer as it will hit shelves February 21, 2020. Watch the trailer and check out all the editions for the game below… 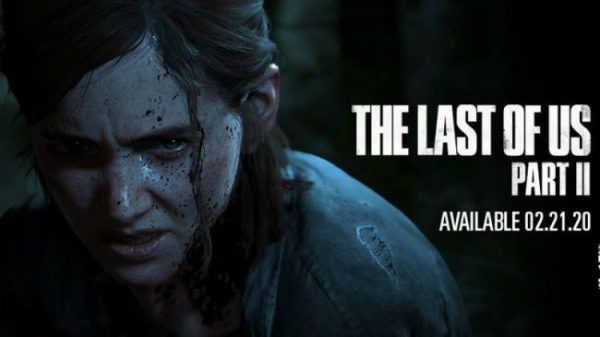 Released in 2013 on the Playstation 3, The Last of Us followed Joel and Ellie in a world ravaged by an infection turning people into zombie-like beings and monsters. Ellie is somehow immune to the infection and Joel is tasked with taking her across the country to a research facility in the hopes of finding a cure. The Last of Us Part II takes place five years after the first game with the synopsis reading:

In The Last of Us Part II, Ellie is now 19 and has found a semblance of peace and normality living in Jackson. She’s had a chance to be a teenager and forge lasting relationships. When that peace is disrupted by a violent act, Ellie is thrust into a brutal journey of retribution, fueled by a need to bring those that have wronged her to justice, pushing her to her very limits. From the way Ellie plays to the way she navigates through this hostile world, you’re going to feel her physical, emotional, and mental state expressed through every facet of gameplay.

“We began working on this game over five years ago,” said game director Neil Drukkman on the Playstation Blog. “It’s hard to describe the immense pressure of following up the first game. We know how much you love this world and its characters — especially Ellie and Joel. Believe me, we’re fans as well. We love them. Which is why we spent years crafting a game that we feel will do them justice, telling a nuanced story that deals with the core question: how far would you go to exact justice against the people that hurt the ones you love? It’s a highly emotional story with complex themes that befit the world of The Last of Us. What we realized pretty early on is that we were putting together Naughty Dog’s most ambitious and longest game in our 35 year history. To tell this kind of story the game needed to be massive.” 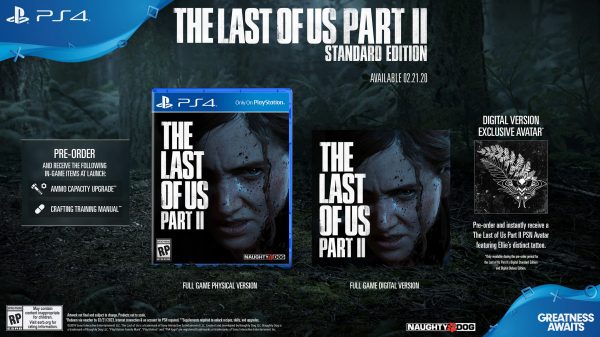 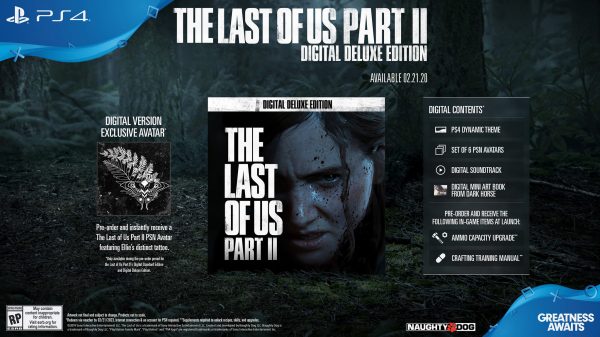 When the game is released next year, it will have no shortage of bonuses for fans. Included in every pre-order of the game, no matter which edition, players will receive:

The digital version of the game will also come with an exclusive avatar for players’ profile. Meanwhile, the Special Edition will come with a steelbook case and a mini art book along with some digital bonus content. 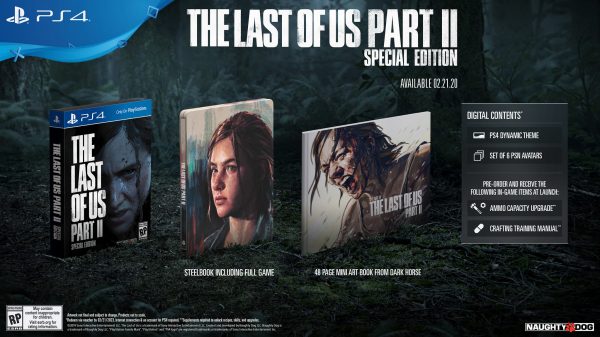 The Collector’s Edition is the next step up for fans. It includes a 12” Ellie statue, a life-sized replica of Ellie’s bracelet, the steelbook case, mini art book, set of six enamel pins, lithograph art print and a set of five stickers. The Collector’s Edition also comes with a voucher for digital content, including a PS4 dynamic theme, a set of six PSN avatars, a digital soundtrack and a digital version of the mini art book. 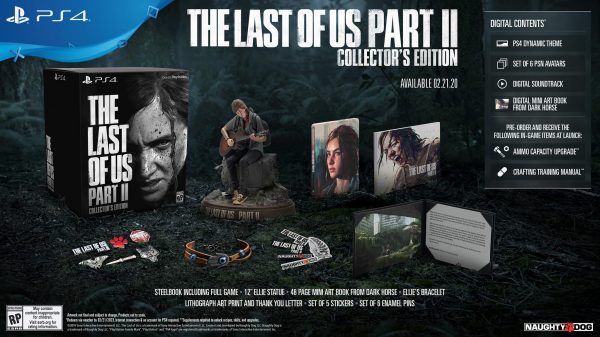 For hardcore fans, there is the Ellie Edition. Players will receive all the contents of the Collector’s Edition plus a full-sized, fully functional recreation of Ellie’s backpack, an embroidered patch and a 7” vinyl record featuring music from the original soundtrack. 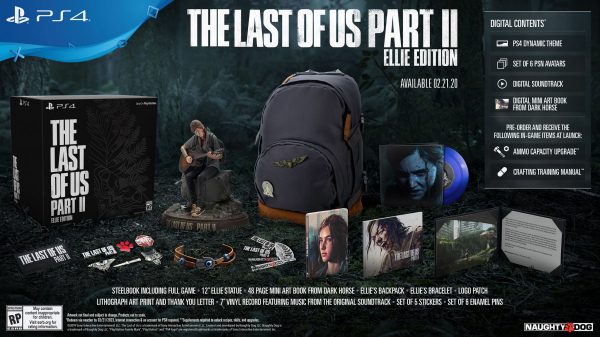 More news of The Last of Us Part II will be released this Thursday, Setpember 26 – the anniversary of Outbreak Day within the game. Check back here for more details on Thursday.