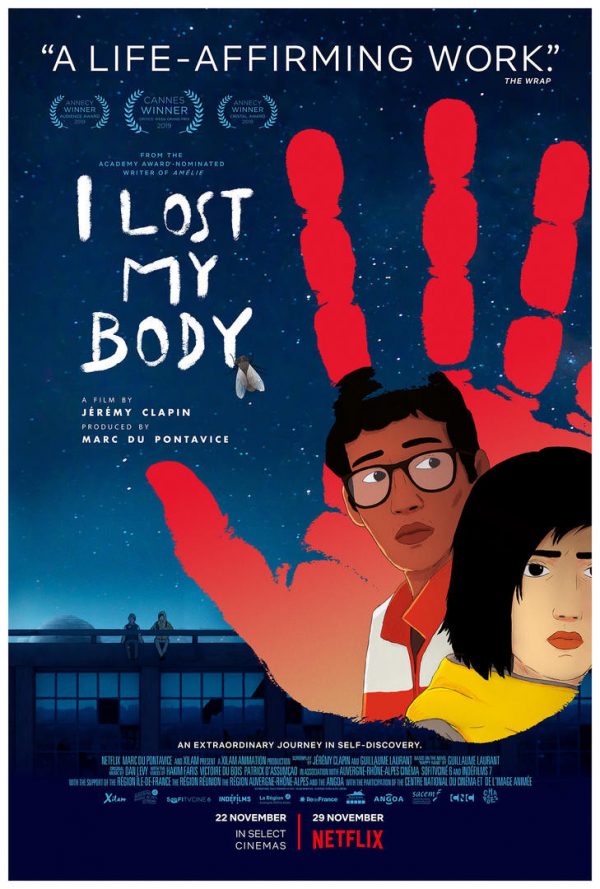 A dismembered hand escapes a medical facility in an attempt to become reunited with its owner. 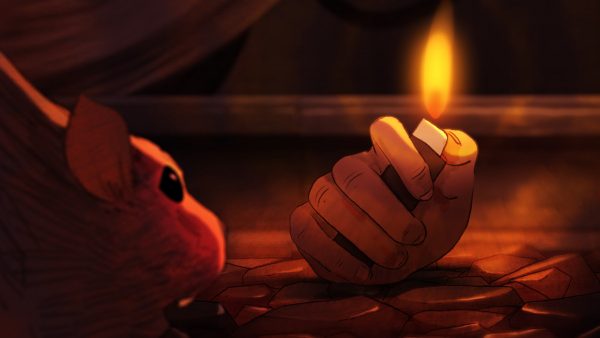 Film festivals are often about austere dramas in which people wander around with sad, serious expressions on their faces not saying very much. But they’re also about the other side of cinema – the completely nutty side. From that world comes the French animation I Lost My Body which follows – and stay with me here – a disembodied hand on the hunt for its owner. It’s an offbeat hook for the ages that proves to be the driving force for a film that absolutely delivers on its weirdo premise, but also isn’t what you expect it to be at all.

Director and co-writer Jérémy Clapin sets his stall out early on, segueing between a black and white flashback in which a father and son discuss how to catch a fly and a present day sequence in which a dismembered hand leaps from a fridge and frees itself from a bag, while being watched by an eyeball it knocked out of the fridge as it jumped. Clapin weaves present day and flashback, following the hand’s owner Naoufel (Hakim Faris) as he forms a romance with Gabrielle (Victoire Du Bois) after chatting with her through the intercom of her building while delivering a pizza. 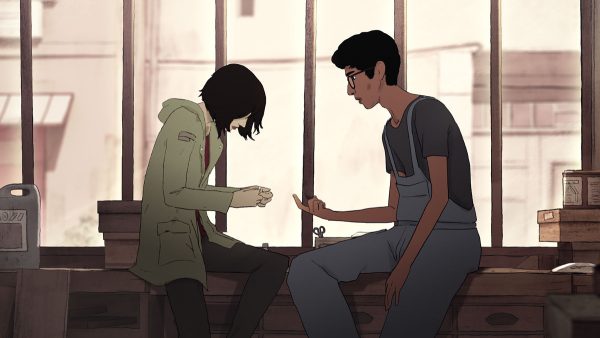 I Lost My Body sits firmly in the realm of campy elevator pitch, but it comes with a side order of artful drama. The love story is tender and nuanced, but the disembodied hand material comes with a melancholy too. If you’ve ever wondered whether it’s possible for a hand to sit mournfully on a window ledge looking out at the city, Clapin has the answer. This film is a tonal triumph, which navigates its myriad ideas with sensitivity and nimble storytelling. On the one hand, there are soulful discussions about bereavement but, on the other, there are joyous scenes in which a hand wears a tin of ravioli like a hermit crab’s shell or floats from an umbrella like Mary Poppins has staged a crossover with The Addams Family.

Naoufel is a touchingly pathetic protagonist, caught between his genuine sensitivity and his more than a little creepy determination to get in touch with Gabrielle after their chance encounter. He’s totally adrift from the world, brought up in an uncaring household after the death of his parents, and as a result deals in pretentious discussions about fate. He is committed to occasionally doing something “totally irrational” in an attempt to wrong-foot his predestined path, triggered by his father’s advice that anticipation is the key to catching a fly. The genius of Clapin’s film, though, is that it always has a knowingly absurd scene of hand-based antics in its back pocket to undercut its more hokey elements. 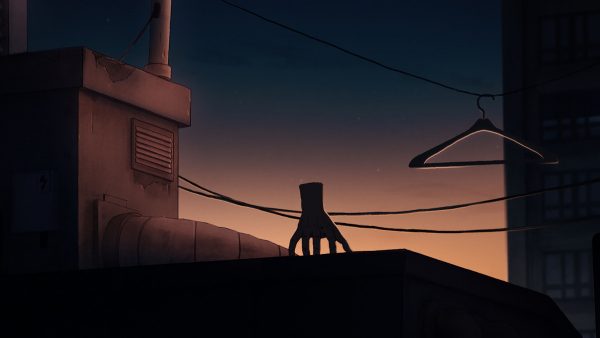 But the importance of senses in the story is clear. Touch is massively significant, as you’d expect given the fact one of the protagonists is literally all fingers and thumbs. There is also real importance, however, in Naoufel’s obsession with the sound of the wind and the tranquility of isolation in a world full of noise. On which note, Dan Levy’s terrific, impressionistic score thrums with sci-fi energy as well as grand, melodramatic orchestration, but the film knows when to hold it back. It’s a deeply human film, recognising the power of contact – both literal and figurative.

It seems odd to spend so much time discussing matters of thematics in a film like I Lost My Body, but such is the surprise factor of its emotional core. This is absolutely a silly genre flick about a dismembered hand engaging in slapstick silent comedy, but it’s also a profound romance with devastating emotional impact. It has been picked up for worldwide distribution by Netflix, which is a great move that will definitely get some eyeballs – preferably within skulls rather than rolling on floors – on this delightful European curio.