Following on from its Thor figure, Hot Toys has now released promotional images for its 1:6 scale Hulk Movie Masterpiece Series collectible which is based on the appearance of Mark Ruffalo’s Green Goliath in Avengers: Endgame. The collectible comes with several interchangeable pieces including the Nano Gauntlet; check it out here… 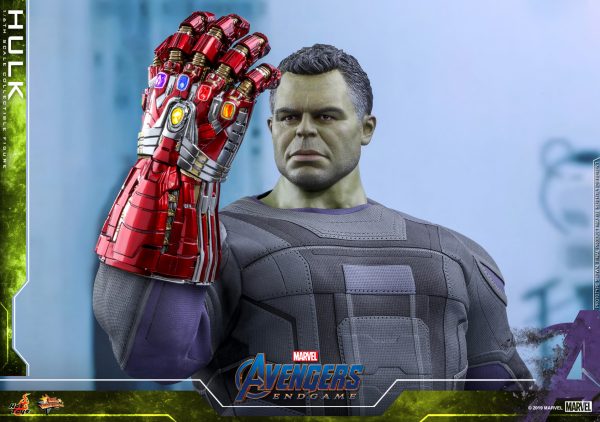 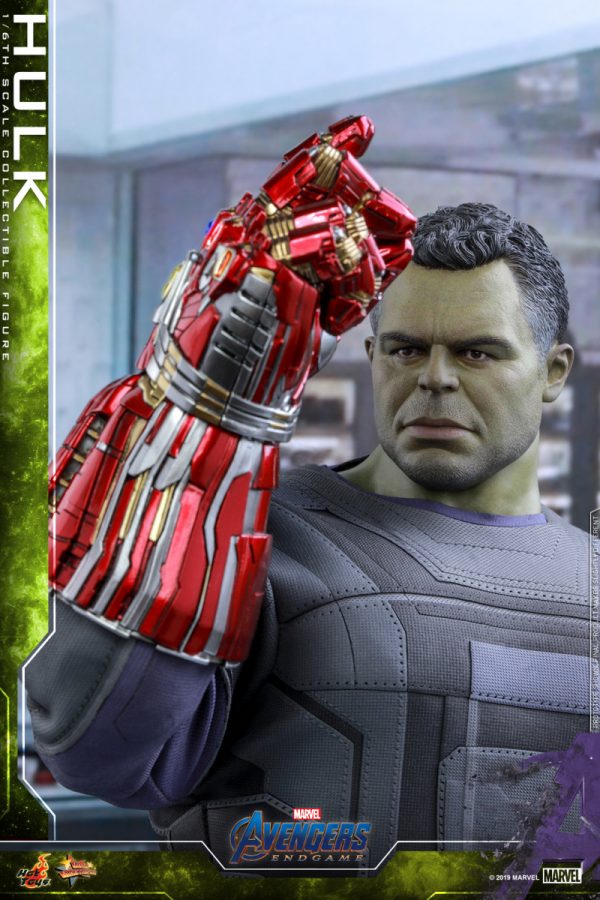 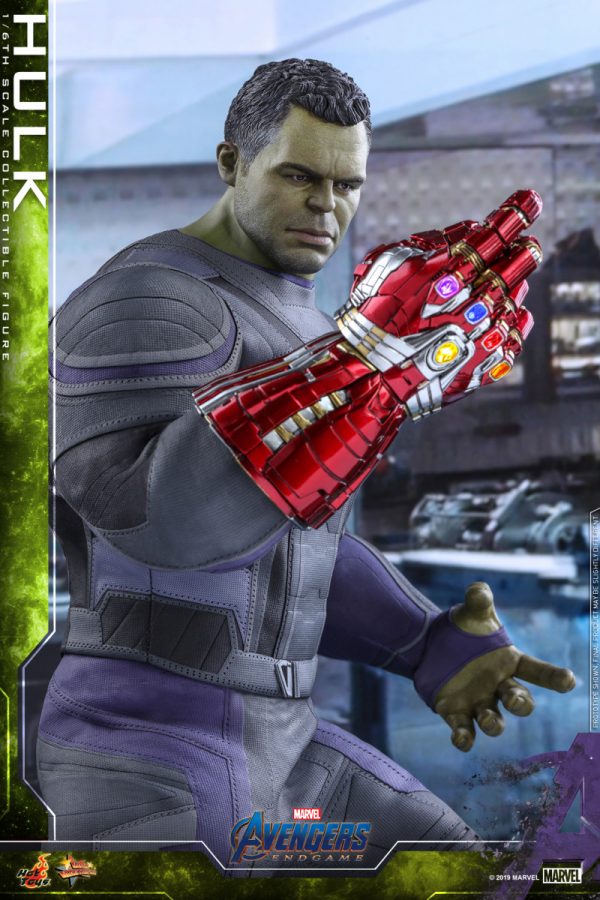 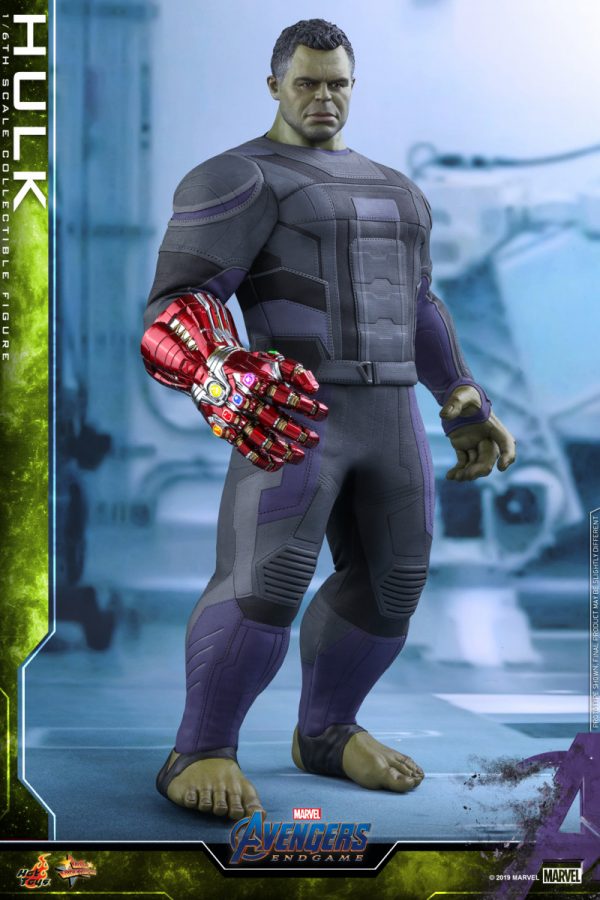 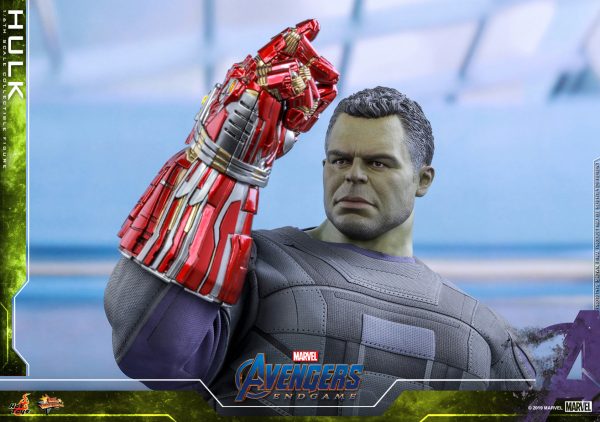 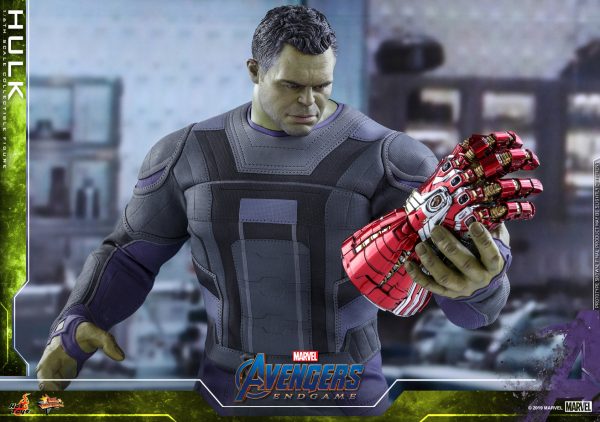 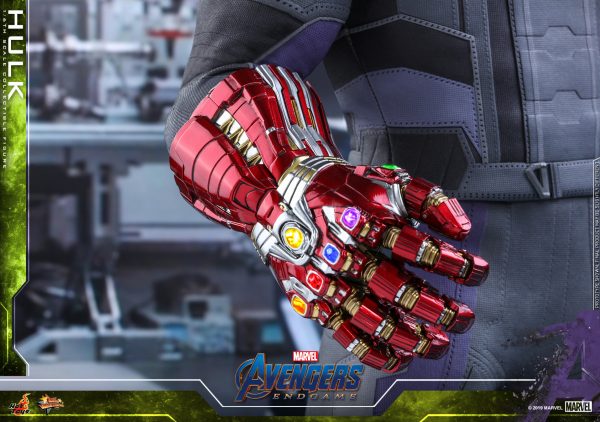 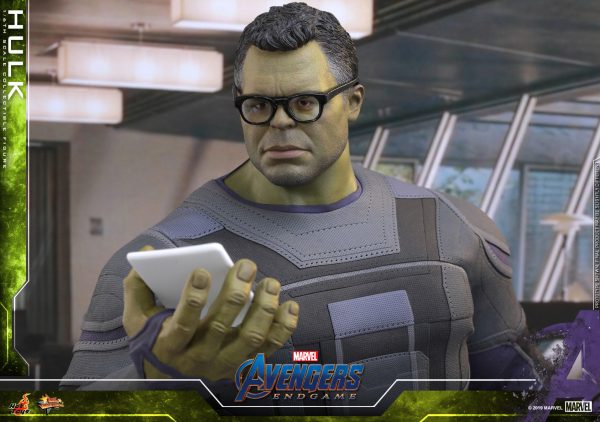 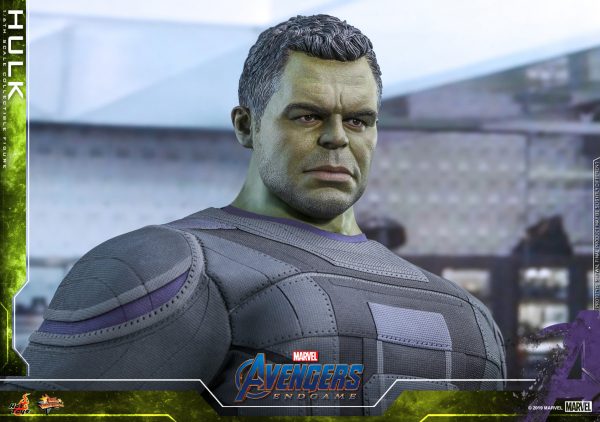 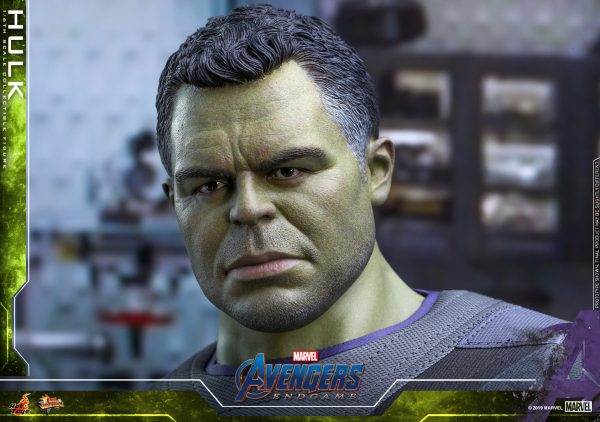 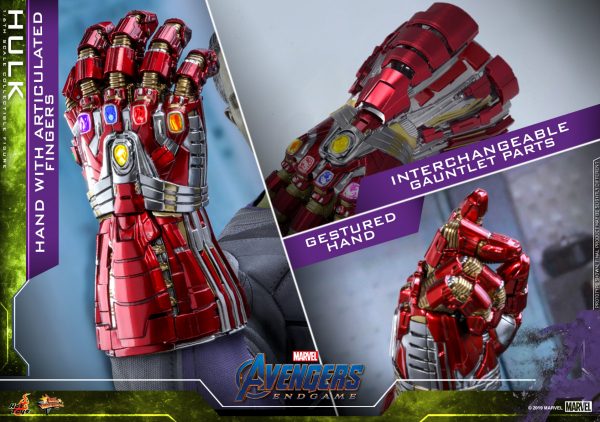 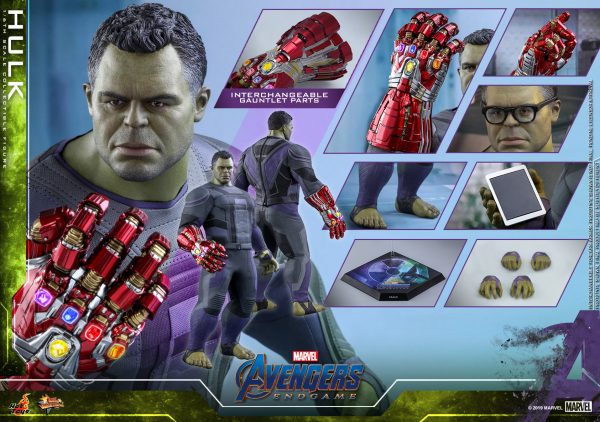 “I put the brains and the brawn together… and now, look at me. Best of both worlds.”

When the universe is in danger, Bruce Banner becomes the gamma-powered hero Hulk and smashes his way through the enemies of the Avengers. He continues to use his high-level intelligence and other high-tech tools to protect the universe from its latest intergalactic threat. Heavily inspired by the epic battle, Hot Toys is excited today to introduce the all-new 1/6th scale Hulk collectible figure from Avengers: Endgame!

Masterfully crafted based on Hulk’s appearance in the movie, the highly-accurate figure comes with a newly developed head sculpt capturing his facial expression with impressive likeness. The figure also features finely detailed battle suit, LED light-up Nano Gauntlet offering two interchangeable hands include a hand with highly articulated fingers and a gestured hand with snapping fingers to recreate the iconic moment, an electronic device, a pair of glasses, and a specially designed figure stand with character backdrop.

Don’t pass up on this excellent opportunity to pick up The Big Green to show off your Marvel Cinematic Universe collection!