Netflix is set to adapt the ground-breaking kid’s comic book Bone as an animated series. The comic, which was created, written and drawn by Jeff Smith, ran from 1991 to 2004 for 55 issues and has since become a staple of young readers for comics and has won several Eisner Awards. 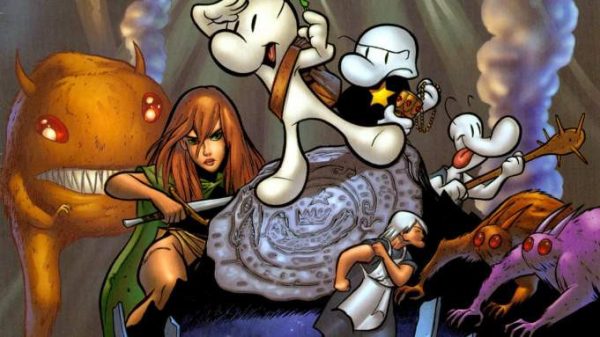 Bone follows “the Bone cousins — the intrepid Fone Bone, the scheming Phoney Bone, and the affable Smiley Bone — on their adventures through a vast, uncharted desert that gives way to a mysterious valley filled with wonderful and terrifying creatures.”

“I’ve waited a long time for this,” said Smith. “Netflix is the perfect home for Bone. Fans of the books know that the story develops chapter-by-chapter and book-by-book. An animated series is exactly the way to do this! The team at Netflix understands Bone and is committed to doing something special — this is good news for kids and cartoon lovers all over the world.” Smith will oversee the series with Netflix.

Bone is just the latest in the streaming service’s slate of children’s original programming. Netflix is currently in development of an animated Green Eggs and Ham series based off Dr. Seuss’ story and secured the rights to author Roald Dahl’s library, which includes Charlie and the Chcolate Factory, Matilda and The BFG.