Boom! Studios has announced that the most fearsome outlaw in the ‘Verse is set to take centre stage this January with the one-shot comic Firefly: The Outlaw Ma Reynolds from writer Greg Pak (Ronin Island) and Davide Gianfelice (Nightwing), which puts the spotlight on the person who shaped Captain Malcolm Reynolds into the fearsome Browncoat and fearless leader he is today—his mother. 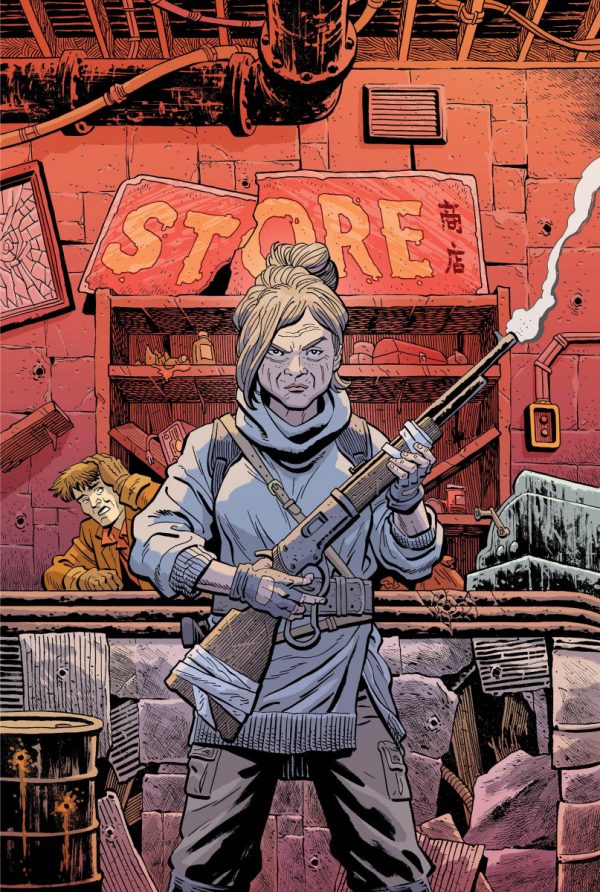 “One of the ongoing joys of working on the Firefly comics has been the incredible room Joss Whedon and company have given us to explore and expand on the ‘Verse they created. Outlaw Ma Reynolds may be the biggest example of that — Malcolm Reynolds talks about his mom in the television series, but we’ve never seen her until the comics. And now we’ve unspooling an epic tale of the badass outlaw Ma Reynolds and shaking Mal’s status quo to the core in a story that truly feels like it matters to this world and these characters,” said writer Greg Pak. “It’s a huge pleasure and honor to build on that sweet, loopy Firefly vibe that I love so much. Huge thanks to Joss, all our creative collaborators, and especially all the readers who have made all this possible.”

Captain Malcolm Reynolds—thief, smuggler, resistance fighter, and now captain of a crew of outcasts all the way on the farthest reaches of the ‘verse—wasn’t born an outlaw but he comes by it honestly. Turns out, his mother, the infamous Maude Reynolds, is at the top of the Alliance’s Most Wanted, and if Mal doesn’t get to her first, the Alliance will! Kicking off a new year of Firefly, discover the secret history of Mal and his mother, what that will mean for the rest of the ‘verse…and a new brewing war to end all wars.

Firefly: The Outlaw Ma Reynolds is set for release in January 2020.